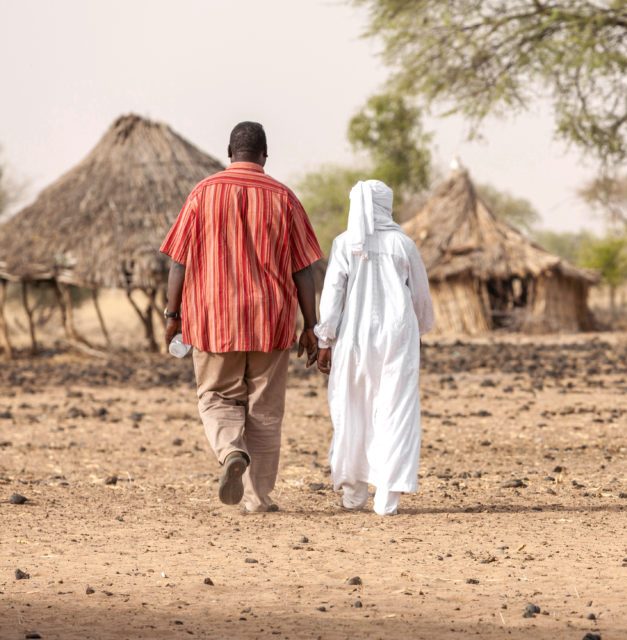 A few months ago, when three workers went out to share with people in a park, they met Amina* and shared the Gospel with her. Amina told them she wanted to know more about Jesus for some time now, because, while getting on the ferry to North Africa, she got a packet with a New Testament and the JESUS film in it. She said she kept the New Testament and watched the film and was deeply touched by the story and the love of Jesus.

When the Christian workers asked her if she wanted to read more stories about Jesus together, she said yes, even though she still identifies as a Muslim. Since that time, they have been meeting together. She told them she believes only Jesus can forgive sins and that He died and rose again.

Amina is one of 31,460 people in North Africa and the Middle East who heard the Gospel last year. Oklahoma Baptists—unnamed and uncounted for security reasons—are among the IMB personnel serving among the 14 nations in that turbulent region.

A clinic, a gym, a coffee shop, a living room, the barbershop, the park, a classroom: these are places where evangelism is happening as workers are asked, “You are different from other foreigners we know. Why?” or, “I am (another faith), and you are Christian. We are all the same, right?”

Jael* came to faith from conversations she had online with someone in North America, but she wanted to study face-to-face with other believers. She met with two workers, and the fellowship was sweet as they opened the Word together. When they came to the lesson on prayer, Jael was afraid to pray out loud. “It’s a conversation with Jesus. You can do it,” the workers said. And she did.

Adding to the challenge of reaching local residents and long-term visiting workers are the millions of refugees who have fled turmoil in their home countries.

Because of the generous giving of Oklahoma Baptists through the Cooperative Program, an amazing array of ministries are supported. This unified giving encourages fellowship with other believers all over the world. Collectively, Oklahoma Baptists are advancing the Gospel together. Learn more at oklahomabaptists.org/cp

*Names were changed for security reasons.