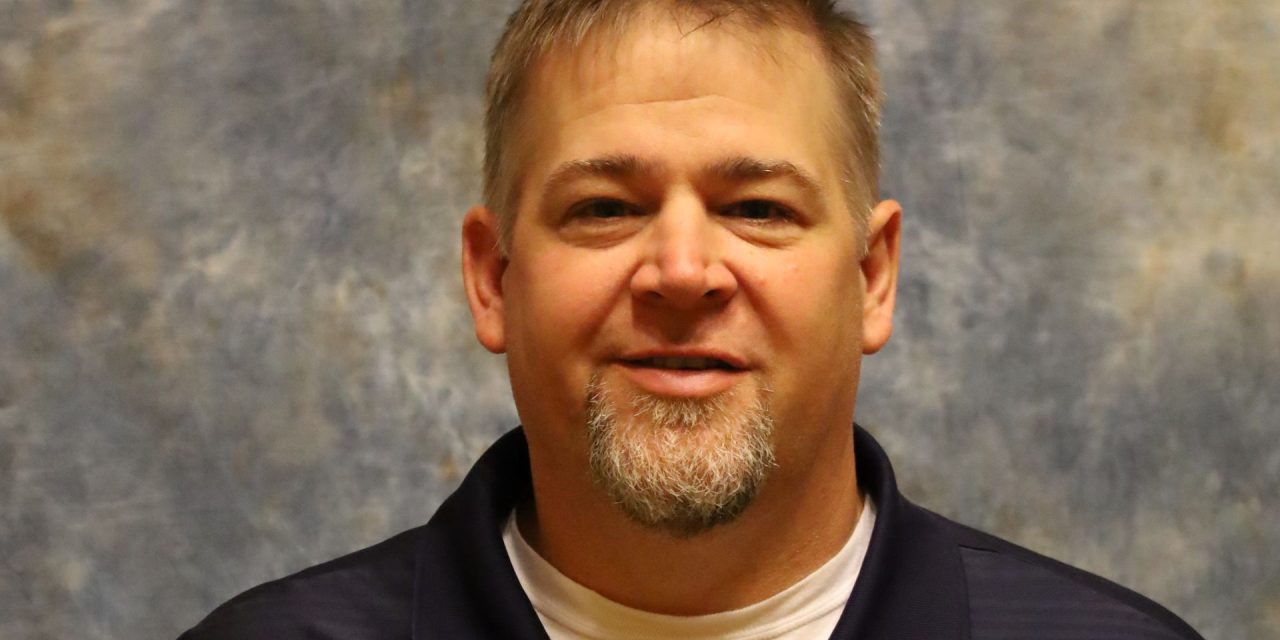 Burnett grew up in Wilburton, and after graduating from Wilburton High School, he earned his associate’s degree at EOSC. He finished his bachelor’s degree at East Central University in Ada.

After finishing college, Burnett was searching for God’s plan when an opportunity opened for him to serve as bivocational youth minister at Wilburton, First.

“I spent the next year and a half serving there, and then answered the call to go to Guymon, Grace Southern as youth minister,” Burnett said. “During my years in Guymon, God was at work in the direction and calling of what ministry would be coming my way. Soon after I came there, the church had a group of college students from Panhandle State visit the church. Several months later, the church asked if I minded adding college ministry to my responsibilities.”

Burnett said Baptist Collegiate Ministries (BCM) had always been a huge part of his life.

“As a middle school student, my mom was the secretary at the BCM at Eastern Oklahoma, and during the summers, I mowed the lawn there,” he recalled. “Then as a senior in high school, the BCM director at Eastern, Ron Driskill, invited me to be a part of the ministry there since there weren’t many high school students going to my church. Throughout my college career, my parents, when asked what I was majoring in, would answer ‘BCM.’ So college ministry came easy.”

After four years in Guymon, Burnett said he started feeling God was about to move him to another ministry.

“I desired to be closer to family but really didn’t have the desire to go back home,” Burnett said. “But God sure had a different plan. He sent me back to a ministry where I had dreamed of being. I never thought He would use me at Eastern BCM, which has been for more than 17 years now.”

Burnett said missions is a great part of the ministry of BCM. That is where he went on his first mission trip.

“I was able to go to Mexico with Eastern my sophomore year,” he remembered.

Burnett said at Eastern they try to give several opportunities to serve others.

He said there is always opportunities to go somewhere over Spring Break, and the past five or six years, they have gone with several other schools to Chicago.

“I try to give students opportunities to see that missions can be anywhere you go,” Burnett said. “It can be on the campus, it can be in the community in our state, or it can be somewhere abroad.”

Burnett said he shows students in leadership the importance of evangelism by going through the book The Fuel and the Flame by Steve Shadrach and Paul Worcester.

“Around week four of the first semester,” he said, “I talk in our weekly worship how to share your faith through using the bridge method. The students see how easy it can be to share the love of Jesus through using one verse of Scripture. I have also seen multiple students get saved during this very intentional worship meeting. Then we try to share with other students weekly and encourage our leadership to share their faith weekly.”

Burnett said being a minister at a small college can be enjoyable, but he has seen that every year is totally new.

“Most years, you feel like you are starting all over,” he admitted. “The great thing that doesn’t change as often is the faculty and staff. They help the ministry go by helping spread the word with the new students about all the things we offer.”

He said the BCM offers leadership opportunities, and by building leadership at the BCM, they also are building quality leaders on the campus.

In addition to his duties at the BCM, Burnett teaches the youth at Wilburton, First on Wednesday nights, and helps coach his oldest daughter’s softball pitch team.

Burnett and his wife, Laramie, have been married 10 years. They have two daughters, Brinkley, their “social butterfly,” who is in the second grade, and Sawyer, a preschooler who loves school and playing with her puppy, Rip.