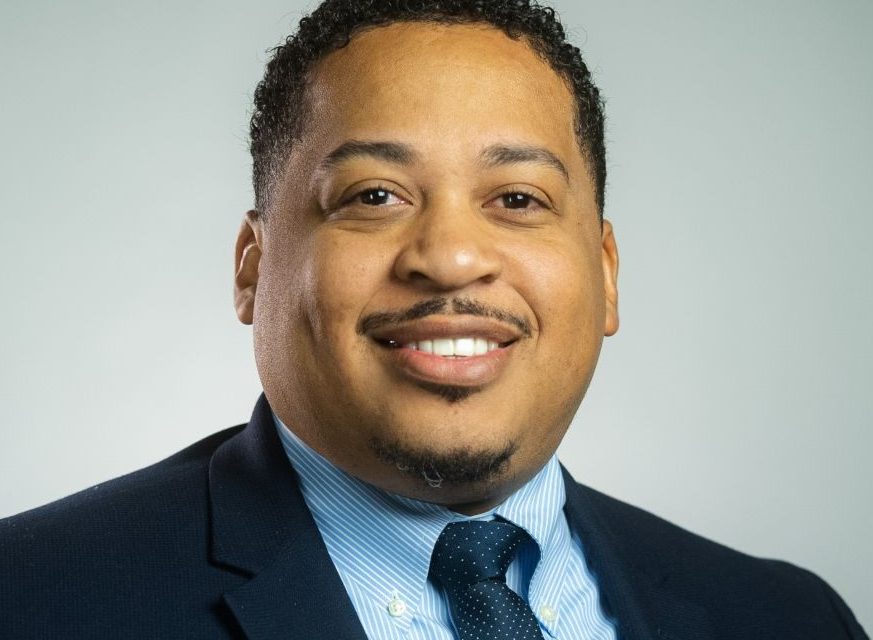 He said nine of his siblings can play an instrument or sing, and all three of his older brothers, as well as he, are ordained pastors, while his other siblings have found different ways to serve with the church.

He said all of the children’s names begin with “Bert.”

“Since my father was a pastor, he tried to make biblical combinations such at BerThaddeus, BerTheophilus, BerTabita and Bertholomew,” he said. “Because a lot of my siblings have longer names, we have nicknames to help those who can’t pronounce our first names. I was called Prophet before I knew I was Bertholomew. When I was in the first grade, my teacher called Bertholomew, and I didn’t answer because I had forgotten that was my name. On top of that, I had mastered how to spell ‘Prophet,’ but not Bertholomew.”

Bailey said he came to know the Lord at the age of 9 during Vacation Bible School as his teacher discussed Heaven and Hell.

“I wanted to be baptized to live like and with Jesus,” he said. “Up until this point, I was somewhat of a problem in school. My parents had to come to the school on several occasions, and one time, the principal let my father borrow his office with me in it. I remember, after being baptized, that I had to be different. From that point on, the Lord began to work on me, and my parents no longer had to come to the school.”

Bailey said he felt a call to ministry around his junior year of high school.

“My father had books and Bibles everywhere,” Bailey recalled. “One summer, while cleaning out the garage, I found one of my father’s leather Bible. I took it and began to read it and mark in it. Almost a year later, my father saw me with it and asked me for it. When he looked through it, he saw how much I had read. He let me have the Bible, because I think he realized there was something taking root in me.”

Bailey admitted that before he accepted his call into the ministry, he was running track and wanted to make a deal with God.

“I had lost in the 800 at the State Track Meet both my freshman and sophomore years,” he recalled. “I could sense the Lord was calling me to preach, so I told God if He allowed me to win State in the 800, I would preach and serve Him.”

That didn’t quite work out the way Bailey hoped. He lost every race he ran at State that year. In addition, there were issues at home, and his father was having health problems.

“I could hear God saying specifically that He doesn’t make deals,” Bailey said. “I accepted my call into the ministry the summer of 2003, and after doing what God had called me to do, I won State. Funny how that works when we are obedient.”

Even though the family spent a lot of time at church, they were involved in sports, which paid off for half of the children who received athletic scholarship to college. After graduating from Tulsa Central High School, Bailey went to Oklahoma Baptist University (OBU) where he ran track and majored in Biblical Studies and minored in Pastoral Ministry. He later returned to OBU to recruit students in Oklahoma County and set the record for most student recruited admission goals. After OBU, he digitally completed a Master’s degree from Southwestern Seminary.

As Bailey accepted God’s call, he went from youth minister to children and youth pastor to pastor.

“In African American churches, there are not many youth pastor positions,” Bailey revealed. “This is an area where churches are evolving and growing. After building a foundation for children and youth programs, I felt called to help my college church after the pastor died.”

Bailey became pastor of St. John Church in Brooksville while working bivocationally at the University of Oklahoma as an academic advisor.

While Bailey said he enjoyed being a pastor, an opportunity opened for him to become Baptist Collegiate Minister at Langston University.

“It was a tough decision because I truly enjoyed pastoring, but God had opened a door to where I could work in ministry full-time and also spend more time with my family,” he said.

“The Langston BCM was truly a rebooted program to provide ministry to college students,” he noted. “To make the reboot happen, it took the combined efforts of Oklahoma Baptists working together on the BCM building.”

Bailey said leaving Langston to work for Oklahoma Baptists was another difficult decision for him. In his job as young adult disciple leader, he hopes to help churches become intentional about reaching and keeping young adults within their churches.

“Across the nation, and our state included, there is a black hole within our churches consisting of young adults 18-35,” he acknowledged. “I am currently helping my church, Oklahoma City, Northeast, with its college and career ministry, where there is ample opportunity to share the Gospel.”

“It would be amazing to be able to link up with other college ministers, young adult teachers and pastors to fellowship, partner, encourage, inform and pray for one another,” he said.

Bailey said he would encourage youth leaders to email him their name, church and role to bbailey@oklahomabaptists.org.

“It is my prayer that as more churches become more intentional about reaching young adults, we will have ready and available resources to help them where they are,” he said.

Bailey met his wife, Nikoi, while he was a senior in high school and she was a freshman at Oral Roberts University on a track scholarship.

“It’s interesting because she is from Shawnee, and when I went to OBU, I attended her home church, and she attended my home church while she was a student in Tulsa,” Bailey said. “We dated for six years and have been married for 13.”

Nikoi has been working for the state in child welfare for 12 years under adoption, and is halfway through her Master of Social Work degree from the University of Oklahoma.

“My wife has an amazing heart for helping families making connections with kids,” Bailey said. “She also has a heart for evangelism and teaching.”

The Baileys are parents of three children, Karrie, 8, Bertholomew “PJ”, 7 and Kelley, 5.

“Karrie is the big sister who is in charge and enjoys coloring,” Bailey said. “PJ loves dinosaurs and everything animals. Kelley loves everything ponies and baby dolls. We love going to the park to ride bikes, watch the ducks and play on the playground. We are proud of the way they are growing in their prayer life often seeking to pray for friends and family who are not well.”