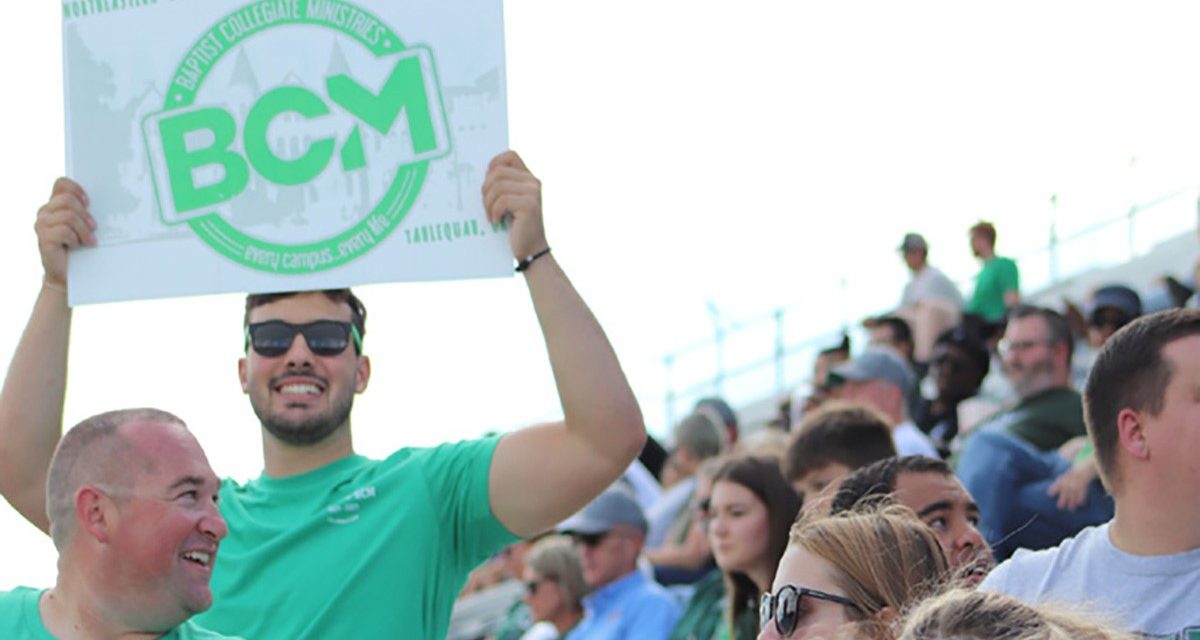 Though Baptist Collegiate Ministries (formerly Baptist Student Union) has roots dating back to 1905 at Baylor University in Waco, Texas, it officially became a mission of LifeWay Christian Resources (formerly the Baptist Sunday School Board) in 1921. BSU was defined as “the connecting link between the college and the local church.”

Baptist Student Unions encouraged students to become involved in a local church while they were away at college, and local churches in and around universities frequently provided services to college BSUs. Baptist Student Union programs were present at both Baptist and non-Baptist colleges and universities, and they usually offered weekly Bible studies and provided various opportunities for volunteer community service. Additionally, students were given the opportunity to volunteer for mission activities, which were offered during spring and fall breaks and over the summer.

The first BSU ministry in Oklahoma was established in 1923 at the University of Oklahoma with the help and commitment of Norman, First and longtime pastor E.F. “Preacher” Hallock.

Today Oklahoma features Baptist Collegiate Ministries on 36 campuses across the state and is now home to Collegiate Week. Collegiate Week had a long history of meeting at Glorieta Conference Center in New Mexico and continues to be one of the most important events of the year for college ministries, serving as a time of encouragement and spiritual renewal before the school year begins. Since moving to Falls Creek, attendance at the annual event has increased from around 1,200-1,300 to nearly 2,000 students and leaders. Collegiate Week just wrapped up meeting at Falls Creek this week.

The state BCM sponsors several annual events including a Falls Creek Spring Retreat in April; NextGen Leadership Conference in May, Collegiate Week in August, Momentum in September and BCM directors retreat in December.

Each year, hundreds of Oklahoma BCM students participate in missions, whether locally or abroad. Some mission projects are just for a day, while others can last up to two years. Students who do not go on mission trips themselves can still participate through prayer and by raising money to support their peers.

Baptist College Ministries in Oklahoma is under the direction of Cris Lowery, Chad Coleman and Carissa Jones and BCM directors on the many college campuses.

Collegiate Week was featured in the 2022 Missionary Prayer Guide for Oklahoma Baptists. To see more information about the work in, visit oklahomabaptists.org/cp