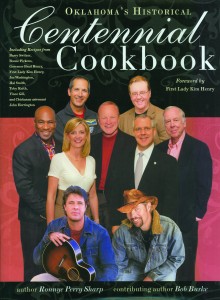 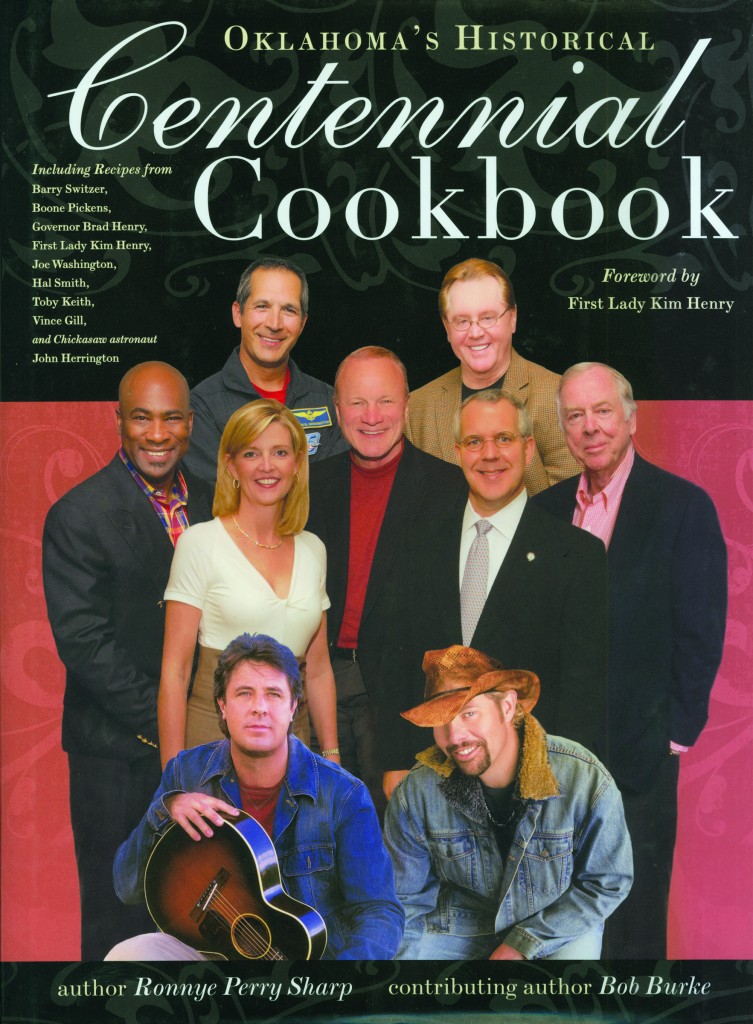 So, how did the plan of salvation end up in a cookbook?

Jordan was asked to contribute recipes for the book and to submit a history of Oklahoma Baptists, also to be included in the 575-page book.

In addition to recipes from famous Oklahomans and famous eating establishments in the state, the coffee-table size book includes a lot of Oklahoma history, such as Native American Heritage and Culture, Spiritual History, Oklahoma Heroes and Heroines, Energy, Sports, Business and Industry.

The section on spiritual history covers Oklahoma Catholics, Methodists and Southern Baptists. The six pages of information on Oklahoma Baptists, which was put together by Heidi Wilburn, Baptist General Convention of Okahoma communications specialist, talks about how the Baptist witness began in the state, the Baptist Messenger, Falls Creek Baptist Conference Center, the Cooperative Program, disaster relief, Oklahoma Baptist Homes for Children, Oklahoma Baptist University, the Baptist Foundation of Oklahoma and Baptist Village Retirement Centers. Included are pictures of the 1929 Falls Creek tabernacle and the new tabernacle, disaster relief teams serving meals, Raley Chapel at OBU and a pond baptism.

Wilburn said Jordan was contacted and asked to include Baptists in the book because it is the largest denomination in the state.

So, how did the plan of salvation end up being one of Jordan’s recipes?

“Ray (Sanders, executive editor of the Baptist Messenger) and Heidi gave me the idea of the plan of salvation as a recipe, and they wrote it,” said Jordan. “I was just the figurehead.”

Jordan said it was an honor to participate in the Oklahoma Centennial Cookbook.

“My wife, Polla’s apple pie immediately came to mind,” Jordan said. “We included it along with a recipe for the most important thing in life, the recipe for salvation. Finding creative ways to share the Gospel is always fun. Unlike other recipes, the salvation recipe is guaranteed to satisfy any hungry soul.”

The instructions for the plan of salvation begin: “Much like a family recipe passed down from generation to generation, our God passed down a great recipe for eternal life. God’s Word, the Bible, contains all the ingredients that we need to live. We are blessed that God gave us more than just the Bible. His Son, Jesus, is our perfect example of how to live a full and fulfilling life. Just like a baker decides which ingredients to combine for the perfect tasty treat, God has determined what we need in our lives.”

After quoting John 3:16, the recipe continues with:

Believe. We must believe that Jesus Christ died on the Cross for our sins. (Romans 6:23; Romans 5:8)

This great recipe will satisfy a hungry soul or a starving multitude!”

Jordan said they were given full freedom to put the salvation recipe in the book.

Also included in the section on Oklahoma Baptists are two “regular” recipes from Anthony and Polla Jordan, as well as their photograph.