Perspective: Traits of an SBC president 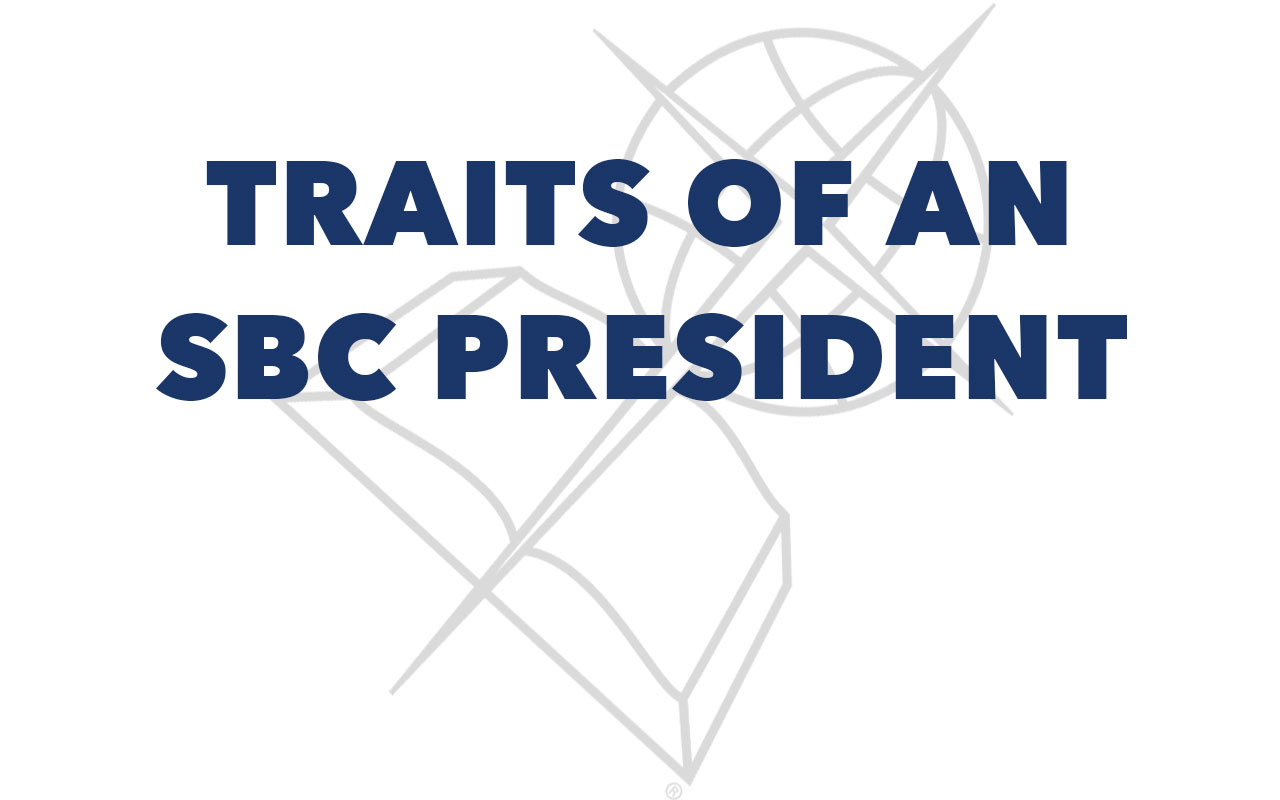 Next week, the Southern Baptist Convention (SBC) will meet in St. Louis for its annual meeting. These annual meetings are filled with preaching, remarkable music, side meetings and business.

This year’s meeting will be of significant importance because of the election of a new president of the convention. Ronnie Floyd, pastor of Cross Church in northwest Arkansas, has served for the past two years and is ineligible to serve another consecutive term. I cannot remember a president of the SBC who has been more focused and indefatigable in his passion to lead Southern Baptists in prayer and evangelism. President Floyd has pushed Southern Baptists to come together for great times of prayer and repentance. Time and again, he has sought to unite the SBC around spiritual awakening that will launch a period of unprecedented personal and corporate evangelism.

In addition, President Floyd has focused on the Cooperative Program (CP) and has set the pace among large churches to increase their CP giving through the central funding mechanism for missions and ministry in each state, the nation, and around the world. He has made hundreds of phone calls to challenge pastors to lead their churches to utilize this proven avenue, the Cooperative Program, for Kingdom advance. Not always a demonstrated supporter of the CP, he has made dramatic increases at his local church.

Over the years, I have watched SBC presidents come and go. Each president feels the need to set an agenda and seek to move Southern Baptist churches and entities to embrace his focus. It means every two years there are shifts in emphases; a pattern I personally do not think serves Southern Baptists well. About the time an SBC president gets the convention united and focused, a new president leads us in a new adventure.

It is for this reason I personally hope the SBC will elect a president who has a similar focus as Dr. Floyd. I have met all of the presidential candidates at one time or another across the years. One of them has preached in a conference for the BGCO. All three are godly men who could serve the SBC well, and each candidate brings his personal strengths to leadership of the largest protestant denomination in America.

When I survey the field, I find one candidate who I believe would provide a continuity of the focus on personal evangelism and spiritual awakening Dr. Floyd has set in place. This candidate has demonstrated, throughout his ministry, a passion to lead the local church (churches similar to hundreds of churches in Oklahoma) to equip and motivate the people of God to impact lostness. He does not believe that the thousands of churches in small towns and tough neighborhoods are unimportant.

In a recent phone conversation, this particular candidate spoke passionately of the need for biblical stewardship to be returned as the central focus of the church. For years, I have stated that the challenge for the Cooperative Program and missions is not about re-dividing a shrinking pie, but about enlarging the pie through teaching biblical stewardship in the local church. Stewardship is central to the growth of mission giving and mission advance. I like this candidate’s position on biblical stewardship and believe he is dead on.

I could sum up my own bias in a few simple words—the SBC needs a leader who will call the church to its knees, to the streets with the Gospel, and to biblical giving. You might disagree and suggest that the greatest need of the SBC is to focus on missions around the world; I would not disagree. Yet, if we do not refocus on prayer and personal evangelism in the local church, Southern Baptist churches will continue to plateau and decline. People and resources will diminish, and missions will wane. Revival and a great move of the Gospel in America will fill the coffers for missions and restore the passion of the church for the neighbor next door, as well as lost people at the ends of the earth.

The Southern Baptist Convention has three good candidates for president. I intend to vote for the one who can best build on the work of Dr. Floyd, focusing on evangelism and spiritual awakening.