Rite of passage: Lessons from being a grandfather 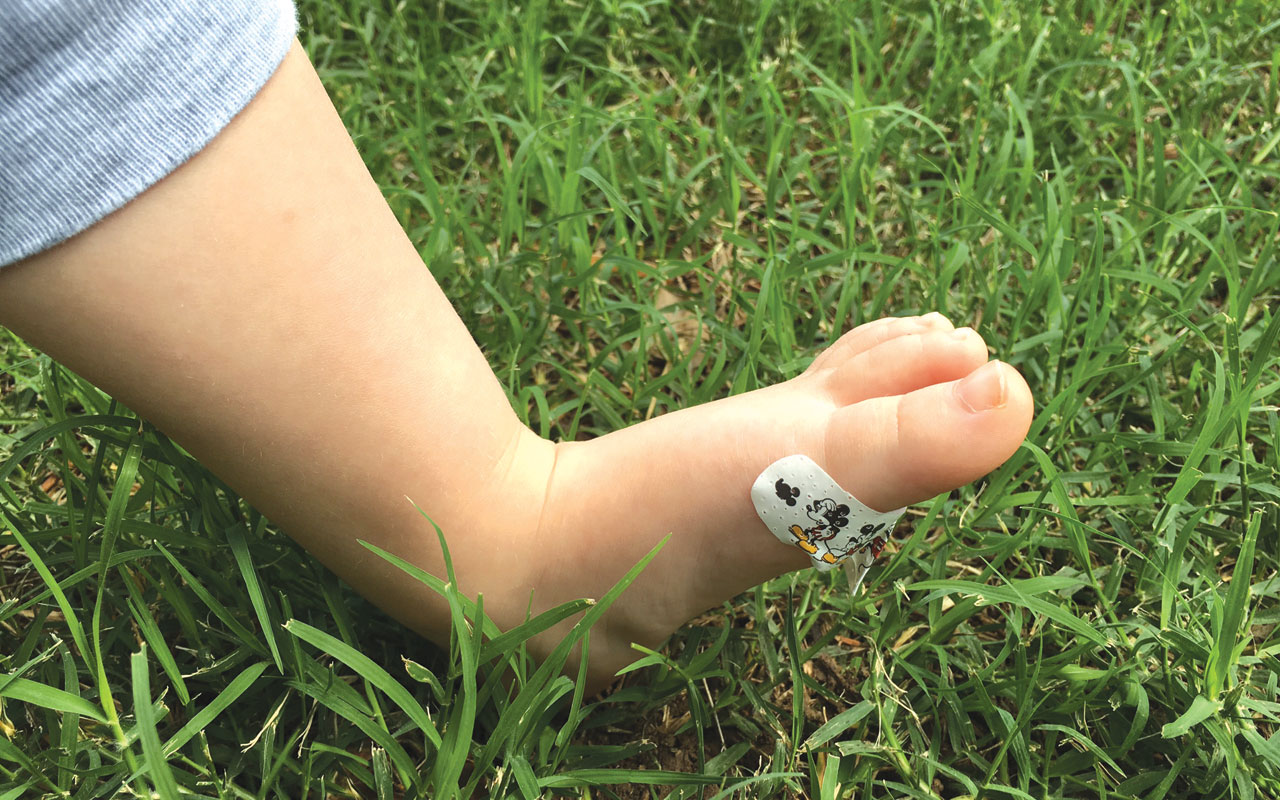 Compared to many of you, I’ve only been a grandparent for a short time, not quite three years. But there is no role I’ve ever enjoyed as much as that of Poppy to Titus the Honorable and Cohen the Goodhearted.

I need to ask forgiveness of all those who were grandparents before me and tried to pull out pictures and tell me stories about your grandchildren. I thought you were nutcases, but now that I have two grandsons of my own, I’ve crossed the line to stand beside you. And if you stand still for long, I’ll whip out some pictures and tell you a story, too. It’s what grandparents do; it’s in our DNA.

As grandparents, we switch from being law to grace. Parents have to be law 49 percent of the time. But when we have grandchildren, the time spent as law drops to only one percent. This change really confuses our children, who remind us that when they were that age, we didn’t let them have coffee and chocolate fudge sundaes for breakfast.

Even in my short time as a grandfather, I’ve learned a lot that applies to our relationship with God.

1. I like it when Titus the Honorable wants me to pursue him. One of his favorite things to tell me is “You can’t catch me.” He always does so with a look of expectation, hoping I’ll lay down whatever I am doing and chase him. Sometimes I act as though I didn’t hear him for a nanosecond and then explode out of my seat to chase him. The response is always the same: squealing with delight, he takes flight. He finds great joy in the fact that I’m willing to pursue him, and God likes it when we want Him to pursue us. In fact, He pursued us long before we knew Him. May we squeal with delight when He chases us. “We love because he first loved us” (1 John 4:19).

2. I like it when Titus the Honorable shows me his boo-boos. Just recently, he attempted a Superman leap off the sofa and had an accident. His takeoff is great, but his landing leaves something to be desired. He came down on a metal toy tractor, which cut the bottom of his feet slightly. Of course he needed a Mickey Mouse bandage and a kiss from his mother. But when I called to talk to his dad, Titus had to tell me about his boo-boo, too. No matter what happens, he likes to brings his hurts to those who love him. And God finds great joy when we take our boo-boos to Him, too: “Cast all your anxiety on him because he cares for you” (1 Pet. 5:7).

3. I like it when Titus the Honorable imitates me. This is the quality I think I enjoy the most. Sitting at the dining room table, I sometimes rub my stomach and say, “Huuuh, this is one fine meal.” Only a few seconds later, I hear a small voice grunt, “Huuuh, this is one fine meal” and look over to see Titus rubbing his stomach, too. I catch him watching me intensely and imitating whatever I’m doing. If I’m feeling silly, I walk like a duck, and right behind me comes another duck. My wife warns me that I need to be a good example, since imitating is how we learn to live the Christian life. The Apostle Paul challenges us to imitate him: “Follow my example, as I follow the example of Christ” (1 Cor. 11:1).

4. I like it when Titus the Honorable wants to come to our house. It’s almost funny the way Titus doesn’t want to go home but to stay at Grammy’s and Poppy’s instead. Here, he has his own room, his own bed, his own toys and a lot more freedom. He feels at home when he comes to visit us. You see, we only live one mile apart from him as the crow flies. But Poppy and Titus have a lot in common. We both want to stay where we feel at home. This world is not my home. I’m a sojourner, and I long for the day I have don’t have to come back to this earthly house. “And if I go and prepare a place for you, I will come again and will take you to myself, that where I am you may be also” (John 14:3).

I’m just beginning this journey as a grandfather, and Titus has brought a newness to my life. Cohen the Goodhearted doesn’t do much yet, just lies there making funny sounds and smells. But my prayer is that he will soon follow in Titus’s footstep with a heart for his grandfather—and his heavenly Father most of all.