Pastors urged to ‘Engage’ the culture 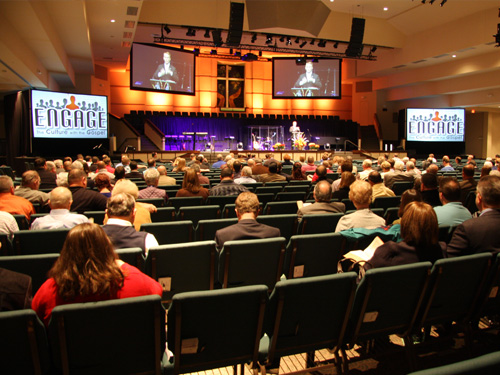 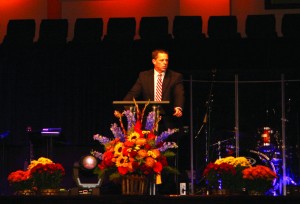 BROKEN ARROW—“What is your expectation of the people attending your church?” asked James Lankford, Oklahoma’s 5th Dist. U.S. Rep. The former program director of Falls Creek summer youth camps was one of four speakers at the Pastor’s Conference, Nov. 11, which preceded the Baptist General Convention of Oklahoma’s Annual Meeting at Broken Arrow, First.

The theme for this year’s Pastor’s Conference was “Engage the Culture with the Gospel.” Al Mohler, president of Southern Seminary; Bill Hulse, pastor of Oklahoma City, Putnam City; and Andy Taylor, pastor of Ponca City, First rounded out the Pastor’s Conference speakers, and all four presented challenging messages relating to the importance of Oklahoma churches engaging their respective communities for the purpose of spreading the Gospel. 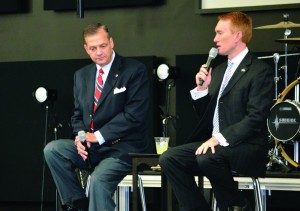 To do so, he said, believers are obligated to honor authority, to represent Christ when suffering injustice, to have solid marriages and families and to serve—do what’s right.

“The world can’t understand someone doing something for someone they don’t even know for free,” Lankford said. “Serve those who no one would expect you to serve, and when you do, you will have an opportunity to share the Gospel.”

“What we need to engage the culture is obedient people,” said Taylor who spoke on Acts 8 about Philip in Samaria, connecting with the Ethiopian eunuch. He used the story to point out three key aspects to engage the culture: be led by the Spirit, explain the Scriptures and talk about Jesus. 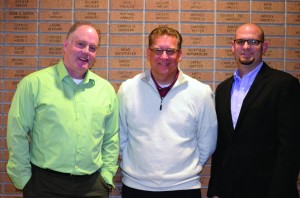 “We need preachers who are solely committed to a total transfusion of faithful, biblical preaching, teaching and theology in the church,” Taylor said. “This is our priority. This is the only priority we must have.”

Mohler gave a challenging notion that the Christian world view is one generation away from being swept away. “If we don’t think as Christians we will think as Pagans,” he said, offering a concern that today’s churches are too involved in “entertaining” and not teaching its members for the “hand-to-hand combat in the Christian life. We don’t need a profusion of Christian seminars. We need preachers preaching the Word of God.”

Speaking earlier, Mohler used Romans 1 as his text, comparing the City of Rome during Paul’s day to modern-day America.

He said the challenges Paul faced in the Roman capital paralleled those facing Christians today, noting there is a “conspiracy to suppress the truth” of the Gospel.

Hulse noted that many believers ignore the culture which exists around them, even as they attend worship.

“Most drive 10-15 miles to church passing their culture along the way,” he said.

“We may have been asking the wrong question: how do we get people back in our churches?” he followed up. “We should be asking how can we get the church back to the people?

“We have stiff-armed the culture.”

Hulse said it’s a simple formula to serve people and reach the culture.