Over the bus: Oklahoma bus driver advances the Gospel in NYC amid pandemic 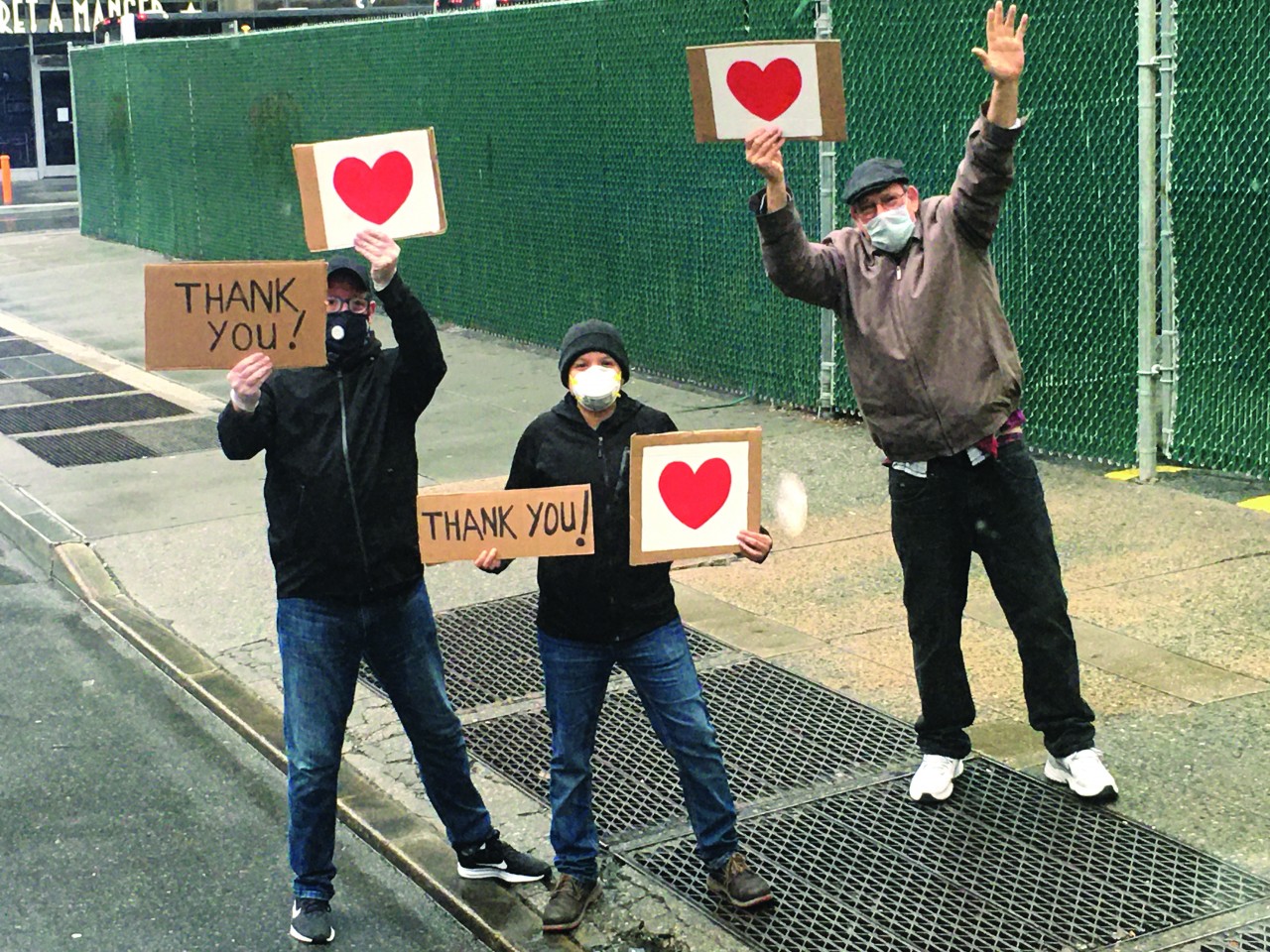 Don Laughlin has many bus driving experiences. He currently drives buses for Village Tours, but he previously served 23 years in church bus ministry. 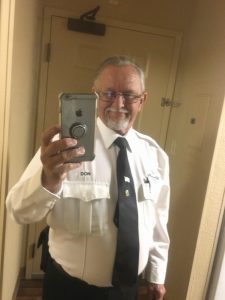 Don Laughlin ‘shared the Lord’ every day he was in New York City.

Now Laughlin’s ministry involves driving buses to different parts of the country. That includes driving medical staff in New York City in the heightened weeks of the COVID-19 pandemic, earlier this year.

Through an arrangement with the Federal Emergency Management Agency, Village Tours sent 36 buses and bus drivers to NYC, serving more than two months as a shuttle service, Laughlin said. They provided transportation for the numerous doctors, nurses and other medical personnel who were serving in the nation’s most critically-affected area by the Coronavirus.

“We would go to hospitals, picking up medical staff,” Laughlin said. “We would go from hotel to hotel and take them to specific hospitals in New York City. We personally stayed in New Jersey and parked the buses in a mall parking lot.”

Laughlin has been to New York City many times on chartered bus tours, but this assignment was a much different experience, especially in traffic flow.

“New York traffic, in years past, would take you anywhere from 30 minutes to an hour and a half to go six or eight blocks,” he said. “During the pandemic, one route I would take to Lincoln Hospital had 130 red lights between the last hotel where I picked up (medical staff) and the hospital. One day I went through 113 of those lights without having to stop. It was incredible. For the longest time, the traffic was virtually nil.” 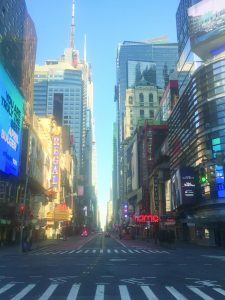 New York City streets did not have their usual traffic.

That does not mean Laughlin did not have difficulty getting around because some streets had multiple cars parked on each side. “We experienced a lot of distractions because of getting the buses through some narrow routes,” he said.

Laughlin’s friendly personality was well-accepted by his regular passengers. Because of multiple buses running the shuttle routes, he said he would have anywhere between five and 40 people on his routes, picking up medical staff who would work 12-hour shifts.

Currently a member of Oklahoma City, Southern Hills, Laughlin found ways to share his faith with the riders. On Sundays, he would give a short devotional on his bus. They also observed worship services for bus drivers, and Laughlin would share preaching duties.

Laughlin also has another form of ministry, through writing blogs. He started writing daily messages that he would email to his children and grandchildren. Unintentionally, he once sent one of his messages to Ruffin Snow, who serves as pastor for evangelism and member care at Oklahoma City, Southern Hills. Snow was so impressed with Laughlin’s work that he helped Laughlin get on Facebook to share his daily writings on social media.

“My life has been an absolute miracle,” Laughlin said. “I have so many stories, bus stories, children I’ve led to the Lord who have gone on to be with the Lord. I’ve come close to dying a few times, but God isn’t done with me.”

Laughlin also shared his Facebook page with new friends he made among medical personnel he bused in NYC. One nurse sent him a card; many have connected with him on Facebook.

“I made it clear what they should do to receive Christ,” Laughlin said. “I shared the Lord every day I was there.”

Laughlin appreciates Village Tours, as a Christian operation, as they allow him to share his faith. He said Village Tours also takes prayer requests on its website and will pray for all of them.

Many will have memories of the pandemic in 2020. This has been a tragic occurrence, resulting in numerous deaths. But God is working through this pandemic, through opportunities like a bus driver from Oklahoma driving through New York City and sharing the Gospel.