Only God Can Give Life, and Only He Can Take It 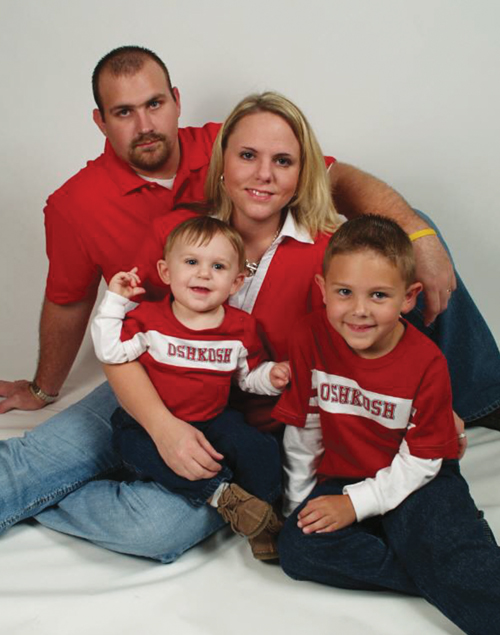 Doctors told Sonya McDougall she was being selfish. After all, her 20-month-old son would be nothing more than a vegetable, kept alive on machines at an unnecessary expense.

Cruel words for a wife and mother who had just lost her husband and 6-year-old son in a tragic automobile accident.

Conner was the only thing she had left, and she clung desperately to the hope that he would recover from a serious spinal cord injury, suffered when the car his father was driving rear-ended a garbage truck.

However, doctors told her there was little chance of that, and if he did, he would be blind, deaf and unable to swallow, along with a myriad of other problems including brain damage.

McDougall was waiting in Madill, where she worked, for her family to meet her for lunch when police officers approached her with the news of the accident. The officers informed her her husband and one of her sons were dead. The other boy was in the Ardmore hospital and was being air-lifted to Dallas Children’s Hospital. 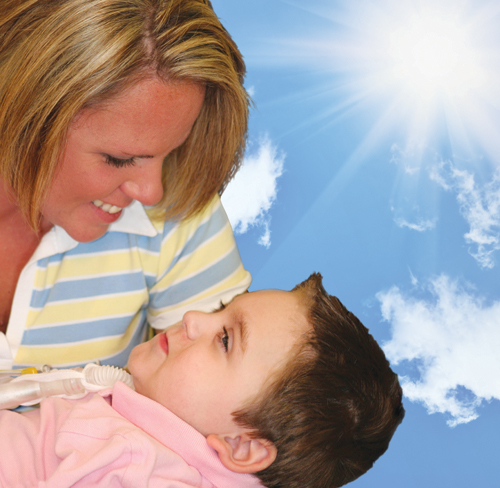 “When I got to the hospital in Ardmore, my dad was there and told me Conner was the one who survived,” said McDougall.

McDougall and her parents drove to Dallas, but it was hours before they were able to see Conner.

“The Southern Baptist chaplain at Children’s Hospital was wonderful,” said McDougall. “He never left our side, and kept praying over us.”

Meanwhile, McDougall’s sister, Katrina, a Southwestern Seminary student and the roommate of Henry Blackaby’s daughter, called Blackaby, author of Experiencing God, and his wife, Marilyn, who got a prayer chain started.

When Conner’s doctors, one who was Jewish and one who was from the Middle East, sat down with McDougall to give her the options, they told her she needed to take him off the ventilator because he would have no quality of life.

“I said ‘no,’ McDougall disclosed. “God saved Conner for a reason. If he died, that would be too much for me to bear. And I remembered the words of my pastor, Alton Fannin (Ardmore, First)-‘When there’s life, you choose life.'” 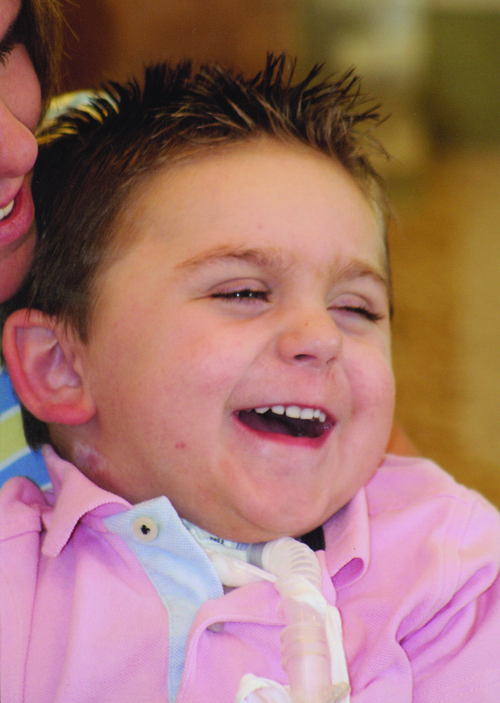 However, the doctors kept confronting McDougall, telling her every time they walked through the door that she was doing wrong.

“One night, I was sitting in the waiting room, talking with a friend, wishing God would give me a sign that everything was going to be all right,” recalled McDougall. “My friend walked to the window and motioned to me to look. There was a rainbow-a sign from God.”

Nurses told McDougall they had never seen a rainbow in downtown Dallas.

McDougall said Marilyn Blackaby told her as she was praying the night of the accident, God told her everything was going to be OK. And a few days after the accident, Henry Blackaby came to the hospital and asked for a picture of McDougall. He said his wife was teaching a Bible study, and the women had been praying for Conner. One woman said she kept having a dream about a woman and a little boy, about 4-5 years old. She couldn’t see the boy’s face clearly, but she could see the woman’s. She wanted to know if it was McDougall. When she saw the photograph, she said, “This is the woman in my dreams.”

McDougall said every time they have received devastating news, something happens to give them hope.

McDougall’s mother, Gail Conway, has also had dreams about Conner.

In actuality, Conner, now 3, still has a long way to go, but he has come a long way in the two years since the accident.

He is currently being weaned off the ventilator, which McDougall says will help tremendously with his rehabilitation.

Almost always happy and smiling, Conner can respond to commands, roll over, stand for a short period of time and ride a special bicycle, which helps to strengthen his legs. Although he still has a feeding tube, he is able to eat pureed foods.

He has been receiving treatment twice a year in Baltimore, where he is cared for by John McDonald, the same doctor who treated actor Christopher Reeve, who received a spinal cord injury when he was thrown from a horse.

McDonald said he sees no reason Conner can’t start school with his peers. McDonald told McDougall if there is a spinal cord injury, it is best if it happens to someone Conner’s age, because the nerves are still developing.

McDougall’s insurance reached its maximum while Conner was in Dallas, so the trips to Baltimore for treament and other medical necessities for Conner are a real concern.

“We don’t have money for what Conner needs, and have to fight for everything we get,” said McDougall. “But we have an amazing community and church that have gotten in there and helped where needed.”

“We know for sure where our help comes from,” said Conway. “People from church come out to read to him and to rock him. We know people are bathing us in prayer all the time.”

“So many people keep being brought into our lives,” said McDougall. “God is not through with Conner. Two years later, people still keep up with him. God is keeping him on people’s hearts for some reason. God has been amazing. He has taken care of every need.”

“We have been blessed,” added Conway. “You can find joy in everything. I can’t help being filled with joy when I’m around Conner.”

McDougall and Conway want Conner’s story to give people hope.

“We want people to come to the realization of who Jesus Christ is through Conner’s story,” said Conway.

“There is a reason for all this,” said McDougall. “After the accident, God immediately put us on mission with Conner’s life.”

Just recently, McDougall’s stepfather, Charles (Choc) Conway, was diagnosed with stage 9 prostate cancer, which doctors hope has not spread to his lymph nodes.

“I’m ready to go if God is ready for me, but I sure would like to see the miracle completed in Conner before then,” he said.