Chuck Norris: The power of a praying mother! 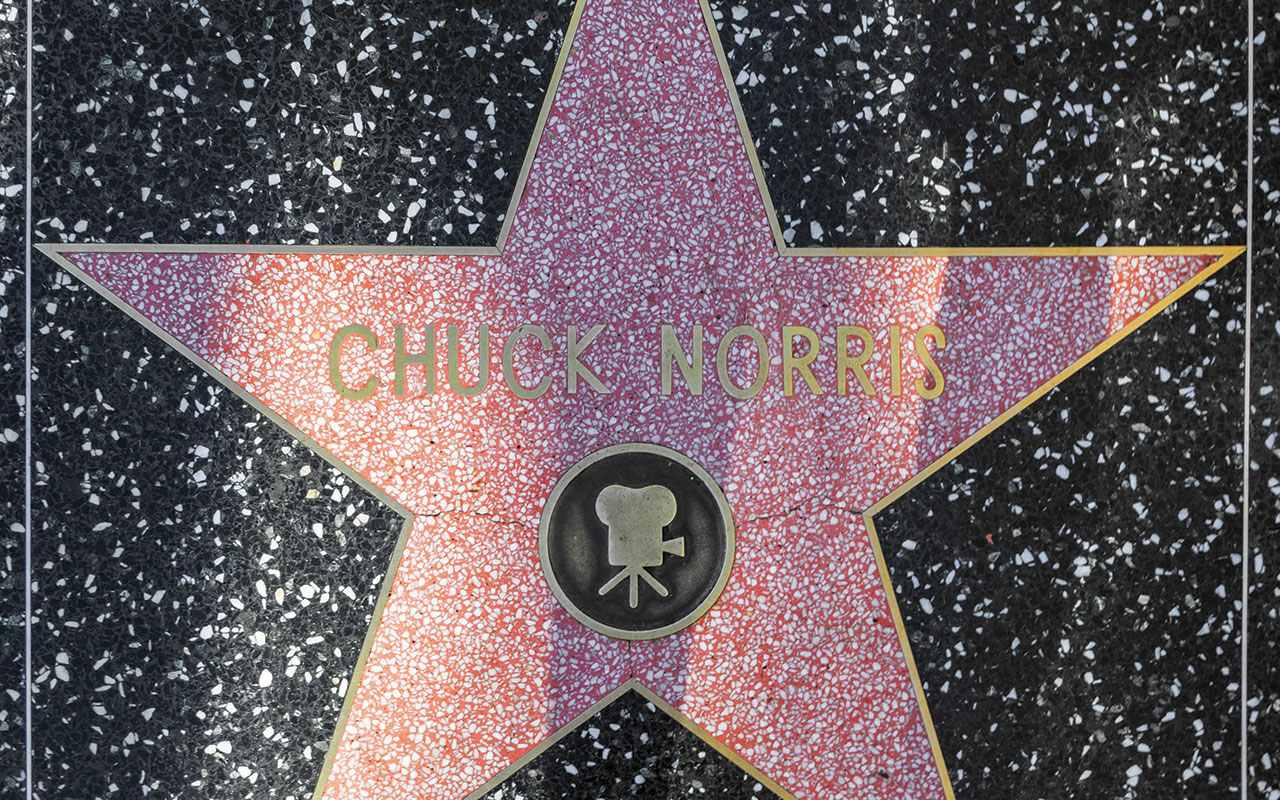 Growing up with an alcoholic father is a “Doctor Jekyll and Mr. Hyde” existence. Your heart-cry is to be normal (like other families), but every dashed hope marks your heart like the rings of an oak tree.

Roy Rogers, Gene Autry, John Wayne and Hopalong Cassidy were the motion picture shoot-‘em-up cowboy heroes who shaped Carlos Ray Norris, Jr.’s, image of a man and the notion of what his father could or should have been.

Little Carlos grew up dirt-poor as the oldest of three brothers in small-town Ryan, Okla. He was born in 1940 with Cherokee and Irish heritage. Sixteen low-rent housing moves were made by the time Carlos was 15-years old.

The couple finally divorced, leaving Wilma and her boys without two nickels to rub together; they were on welfare for several years. Wilma Norris was a God-fearing mother and always made sure her boys were in church. She moved the family to California for a new start, and Carlos eventually took a new name—Chuck.

After high school, Chuck started coming out of his introverted shell by studying martial arts while serving in the U.S. Air Force in South Korea. His fascination with the sport and focus on technique put him on track to earn the coveted black belt.

Eight years later, Chuck became the first man in the Western hemisphere to be awarded an eighth degree black belt Grand Master in Tae Kwon Do. Becoming the six-time undefeated World Middleweight Karate Champion helped him parlay his success into teaching karate, and he then opened three schools.

One of his students, movie star Steve McQueen, advised Chuck to think about acting. Thirty action films later and a successful television series titled “Walker, Texas Ranger” (1993-2005) have branded the image of Chuck Norris as a soft-spoken, fast-action martial arts American hero (Roy, Gene, John and Hopalong would be proud).

This newfound fame and fortune led Chuck down a prodigal path. (But) Chuck had come to faith in Christ at an early age, and Miss Wilma wasn’t willing to let her son backslide without a battle!

The power of a praying mother can pull a prodigal from the point of no return!

Thirty years of marriage to wife Dianne suffered a divorce. His relationship with his two sons was strained. Out of the blue, Chuck received a cage-rattling letter from a young lady claiming to be his daughter. It was true!

Stationed in that far country, Chuck had broken his marital vows in a one-time extramarital affair. Today, Deena, her husband and children have become a precious part of the Norris family.

The message and long pointed finger of evangelist Billy Graham influenced Chuck to rededicate his life to Christ as he attended a Crusade meeting. The pleading prayers of his mother were answered.

Chuck said of his mother, “She influenced me spiritually and instilled in me a sense of responsibility that carried over in my later adult life. She always told me ‘God has plans for you,’ and I didn’t know what she meant. I think I do now.”

Chuck later married Gena, and she gave him twin daughters—Dakota and Danilee. The couple has been active in promoting conservative Christian values in politics, and in public schools, and more than 70,000 kids have graduated from the “Kickstart Kids” program designed to teach responsibility, character building and resisting negative peer pressure through karate.

The Psalmist spoke of being pulled from a slimy pit, out of the mud and mire and finding a firm place on which to stand—that is Chuck’s testimony and it can be yours!

The power of a praying mother can reach all the way to that “far country” and make a prodigal son (or daughter) homesick for God.