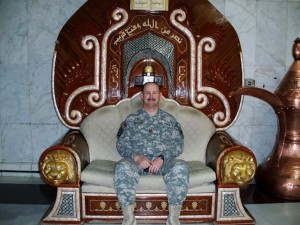 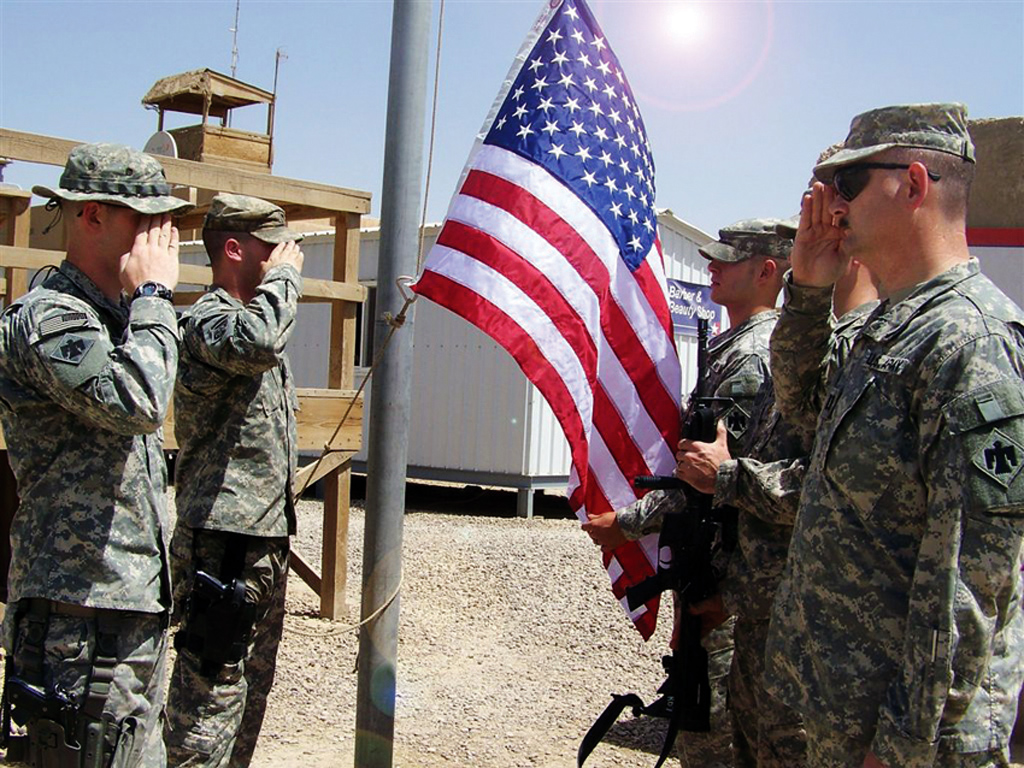 Most churches are happy to give their pastor time off for vacations, revivals, conferences, conventions and seminars.

But at least one church in Oklahoma has given its pastor time off for an all-expense paid year in Iraq.

Rick Dominic, pastor of Your Family Church in Enid, is serving with the National Guard as a chaplain for the 279 Calvary Squadron 45th Brigade Combat Team in Iraq.

Dominic has been in Iraq since January. He says his congregation sees the need for him to minister to soldiers, and is happy to support the effort the U.S. is involved in.

This is the second time Dominic has left his church duties to serve his country overseas. He served in Saudi Arabia in 1991 while he was pastor of Scipio Church in Pittsburg Association. On both occasions, the churches were served by interim pastors while Dominic was away. Steve and Patty Ellis, now missionaries in Thailand, served as interim in Scipio while Dominic was in Desert Storm, and Stanley Jenkins is currently interim at Your Family Church. 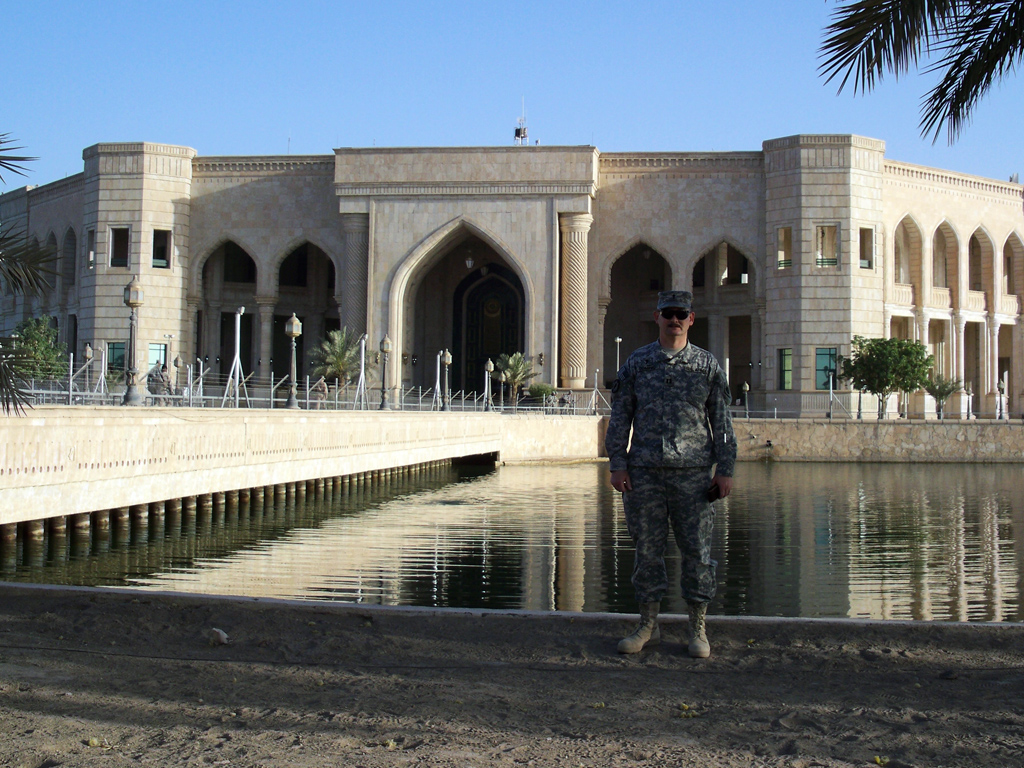 Dominic, a graduate of McAlester High School, joined the National Guard while he was a student at Criswell College in Dallas in 1985 to help pay college expenses.

“I got out of the guard in 1993, but after the 2001 terrorist attack in New York City, I started thinking about joining again,” Dominic said. He did join in 2005 as a military police officer.

Then a recruiter for the chaplain corps told Dominic chaplains were needed, so he signed up, and went immediately from sergeant to captain. Following chaplaincy school, he was deployed to Iraq.

Dominic, who serves as a full-time police officer in North Enid, is stationed at Camp Cropper, where he said there are a sizeable number of Oklahomans.

Dominic said his job is to provide for constitutional rights of every soldier to practice their religion and to take care of them spiritually and emotionally.

“I go where they are and encourage them,” he said. “I keep office hours for counseling, but mainly it’s a ministry of presence.”

Most counseling issues, he said, deal with marital problems. 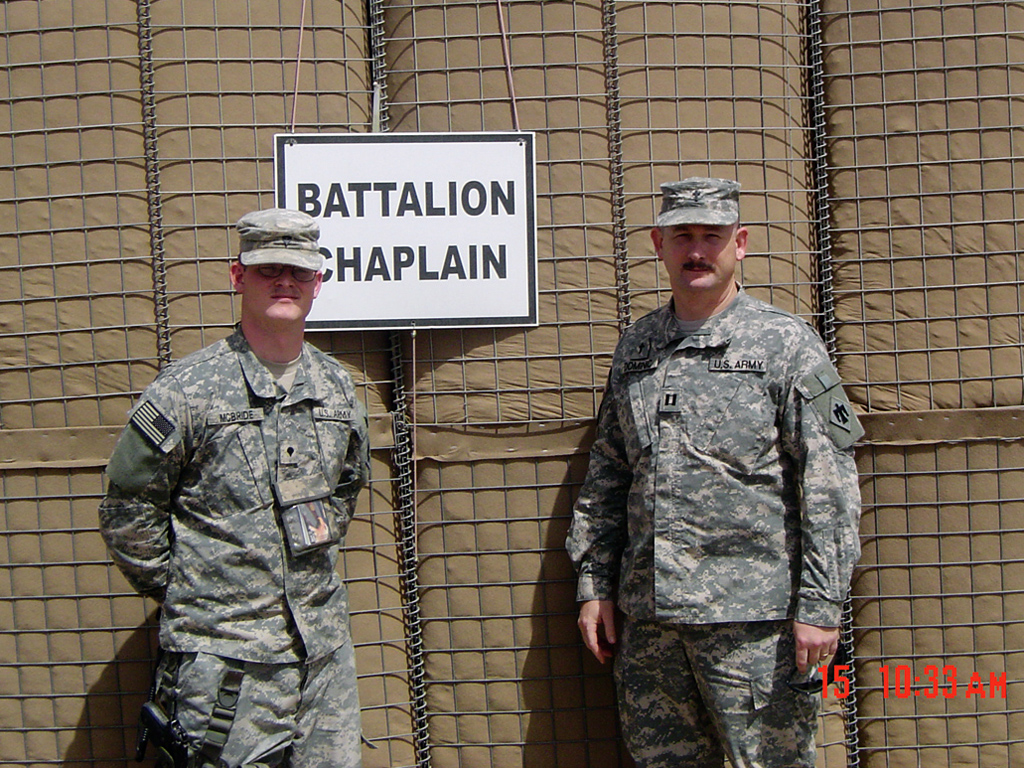 “The National Guard doesn’t have funds for a program such as the Army’s Strong Bonds program that helps identify problems in a marriage before the soldier leaves for the field,” he said.

Dominic emphasized the reason he rejoined the National Guard is because he loves this country, and soldiers need the Lord as they are faced with life-threatening issues every day.

“A chaplain can’t really evangelize like a pastor can,” he noted. “But, if soldiers come for counseling, I share the Gospel with them.”

He said the greatest goal of Southern Baptist chaplains is to mobilize soldiers who are believers to witness to their fellow soldiers.

Dominic said he is often asked how churches can help soldiers serving overseas.

“Churches need to go out of their way to minister to soldiers’ families who are sacrificing here at home,” he said. “Don’t ask what you can do for them, just do it. Take a spouse to dinner, mow the lawn, change the oil in their car.” 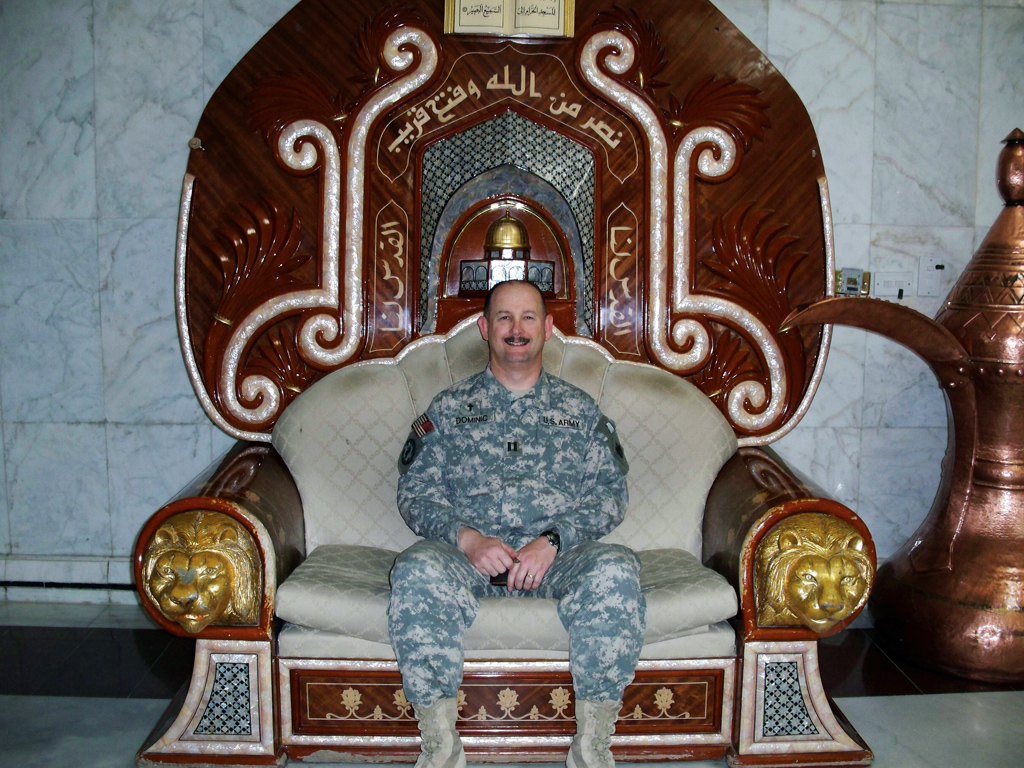 He said, typically, churches will send boxes of goods for the soldiers and pray for them.

“The prayer is great, but instead of the boxes, they would much rather hear a story of how the church did something for their spouses.”

He added that while soldiers have everything they need, and more food than they can eat, they always appreciate any contact with home.

“Just a hand-written note means a lot to them.”

Dominic will complete his tour in Iraq in December. 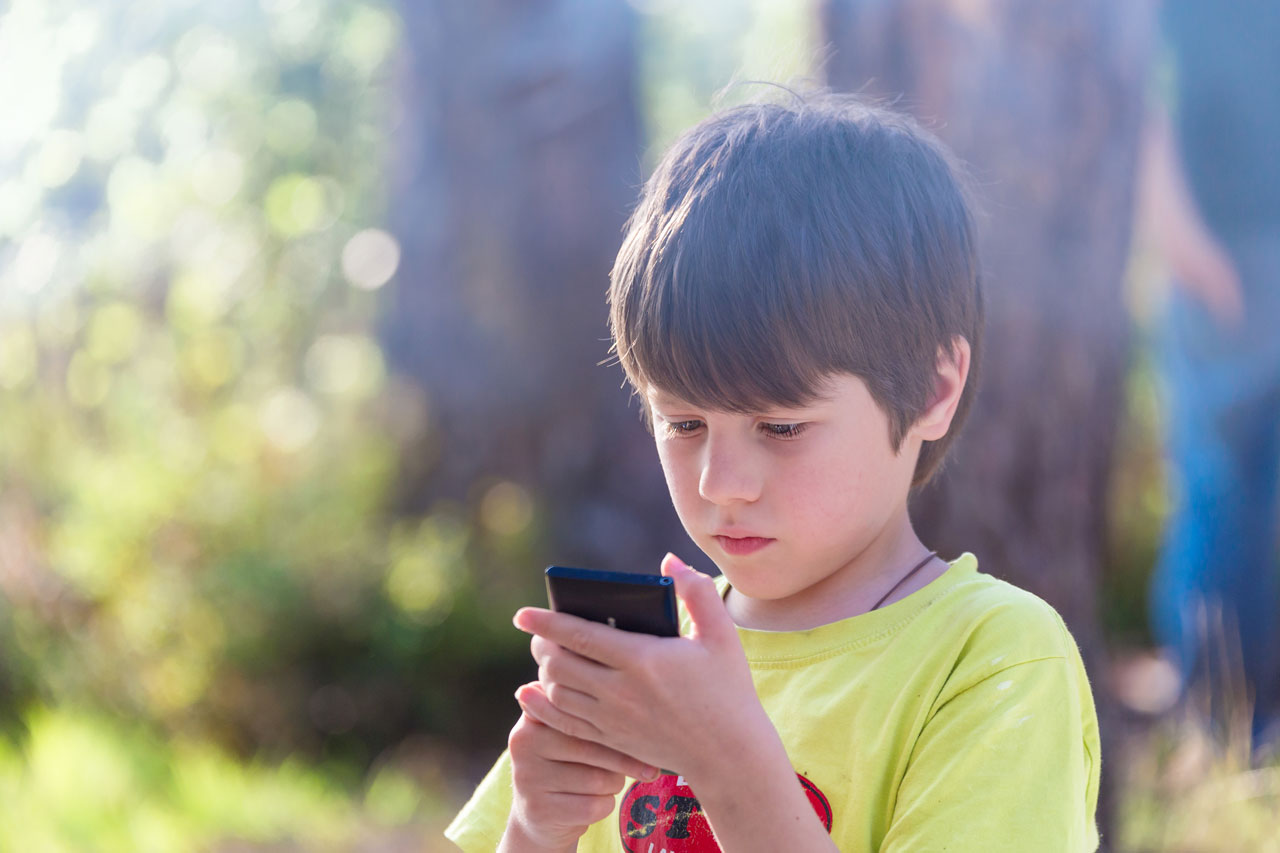 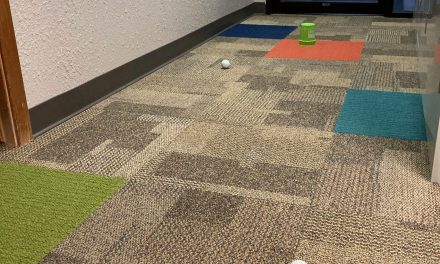