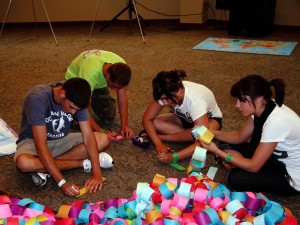 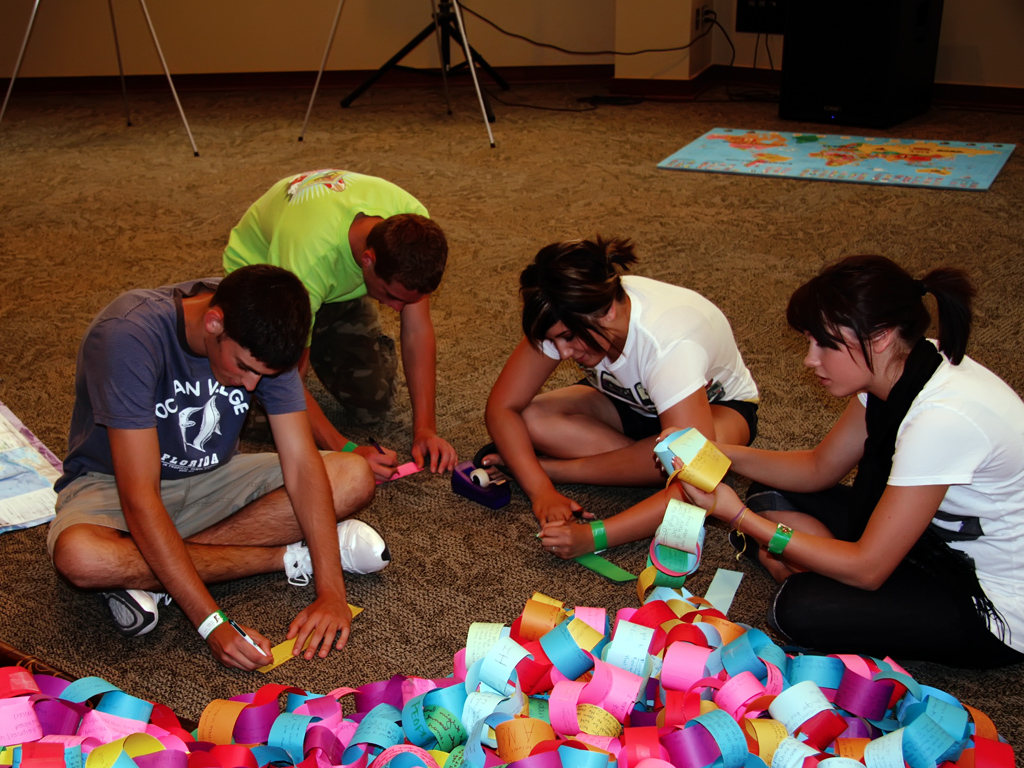 For 91 years, Oklahoma’s youth have been discovering their call to serve in missions and ministry while at Falls Creek Youth Camp. This summer, the newest addition to the campground brought students even closer to the reality of life in the mission field.

In May, the Wynn Center for World Missions opened at Falls Creek Baptist Conference Center. Wynn Construction Company, which constructed the new Falls Creek Tabernacle, built and donated this new facility. In addition, Hugh and Nelda Swift of Duncan donated the World Missions Prayer Park, which sits adjacent to the Missions Center.

“We can now accommodate three times the amount of people we could before. The new facility opens doors for our staff to initiate more conversations with students and adults as well,” said Lankford. “Missions mobilization is not new at Falls Creek, we’ve just been doing it in a trailer for the last 10 years. This new Missions Center is helping us engage students in a new way.”

The new Missions Center was designed with various elements to help students learn more about the calling God has placed on every Christian’s life. Lockers and desks were part of the first element people encountered as they entered the doors. Students could sit in the desks, write notes and look inside the lockers. This was part of a method to encourage young people to begin sharing the Gospel in one of their most important mission fields-school.

Another element was staged so students could sort through a chest filled with clothing from around the world, allowing a small glimpse into the life of an overseas missionary. Some students experimented with detailed headdresses and shoes from various cultures, while others modeled garments.

A third element presented a collection of prayer cards with information about different people groups. The cards educated students about the groups and gave direction on how to pray for them. Students could write a prayer on a slip of paper to add it to a colorful prayer chain that connected their prayers with those of other students. By adding to the chain, students committed to pray for a specific people group or country over the next year.

Throughout the Missions Center, colorful flags representing various countries hung from the ceiling. Large maps and computer stations outlined the center for students to explore more information about ongoing missions.

While touring the Missions Center, students were able to visit with missionaries who have committed their summer to educating others about missions. These missionaries have spent the last two years serving with the International Mission Board’s Journeyman Program and are spending their third year in North America doing missions mobilization.

“The six missionaries have all been serving in different regions around the world. This brought a lot of different perspectives to their interaction with our students, adults and staff this summer,” said Tambra Nowell, Falls Creek program associate.

“The best thing we did was put third-year journeymen on campus this summer,” said Jerry Rankin, president of the International Mission Board, who spoke to students during the Friday Morning Experience four of the eight weeks of Falls Creek. “They were available to talk with students who visited the Missions Center, and also to speak in individual cabins during devotional times.”

He added that the Missions Center is an invaluable tool for teaching the campers about missions.

“Most of our world is a youthful population,” Rankin said. “Young people in other countries are interested in American culture and are open to relationships with American youth, who can make an impact on the mission field.”

Joe Hall, a Shawnee native and IMB missionary in Southeast Asia, was one of the missionaries in the Missions Center who shared his experiences with thousands of students.

“I think this is a great place for young people to learn about the realities of lostness in the world,” said Hall.

The Wynn Center for World Missions also is open daily during other events held at Falls Creek Baptist Conference Center.