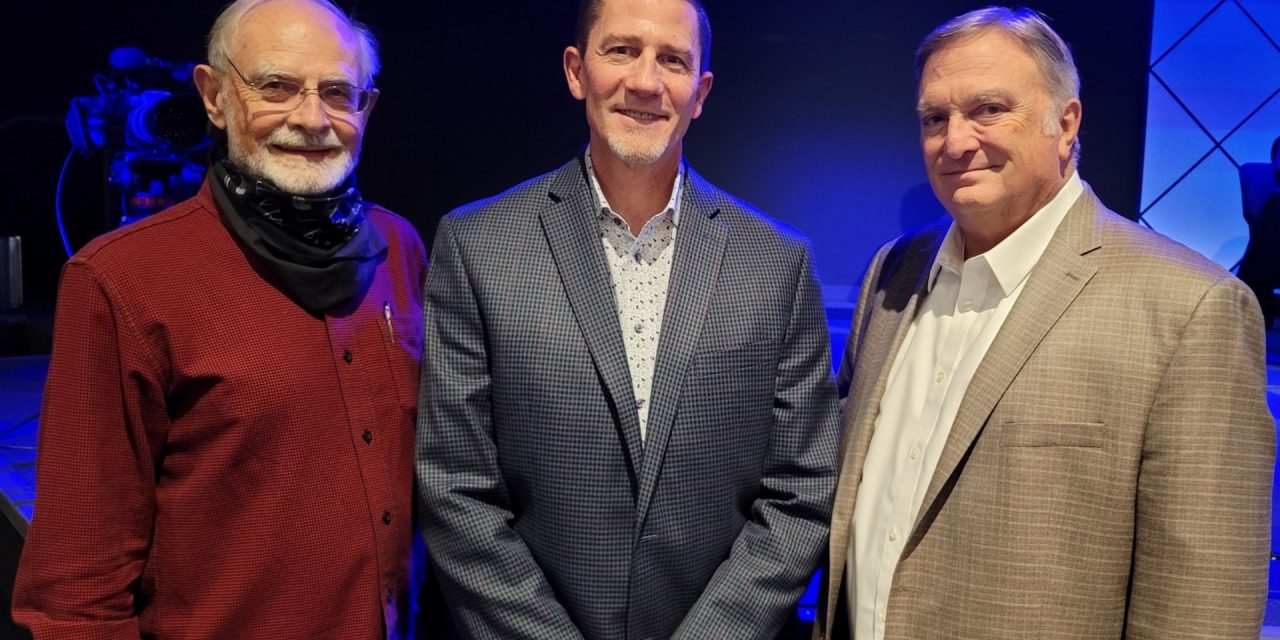 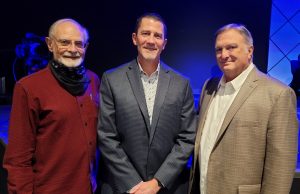 David Manner, center, was elected as the fifth executive director of the Kansas-Nebraska Convention of Southern Baptists. He will succeed Bob Mills, right. Mills joined the KNCSB staff in 1998 and became executive director on Jan. 1, 2010. He will retire Feb. 28, 2021. With them is R. Rex “Peck” Lindsay who served as KNCSB executive director from 1977 to Dec. 31, 2009. Photo by Eva Wilson.

He was elected to the post by the KNCSB Mission Board during its meeting held at CrossPoint Church due to the cancellation of the state annual meeting. Manner will assume the role March 1, 2021, and will succeed Bob Mills who announced his retirement in earlier this year.

Manner said in an interview that he wants “the state convention to be seen as more of a partner than just as a resource by our associations, campus ministries and churches.”

“We are currently working with NAMB (North American Mission Board) to rethink our convention,” Manner stated. “We are about eight months into that process of working with NAMB and Will Mancini through the Denominee program. We believe that’s going to be a great push in the future for us to connect more with all of our churches in more of an expanded partnership.

“Instead of us serving as the go-to resource, we will help curate responses and resources from leaders and churches who are doing ministry well.”

A native of Ardmore, David and his wife Karen, a school teacher, have been married for nearly 40 years and have one adult daughter and son-in-law, Jessa and Cullen Swearingen.

The KNCSB serves more than 83,000 Southern Baptists through its 460+ congregations. The two-state convention was founded in 1945 and was scheduled to celebrate its 75th anniversary this year. That celebration was pushed to 2021 after this year’s annual meeting was canceled due to concerns related to the COVID-19 global pandemic. The KNCSB is the oldest of the new-work conventions in the SBC.