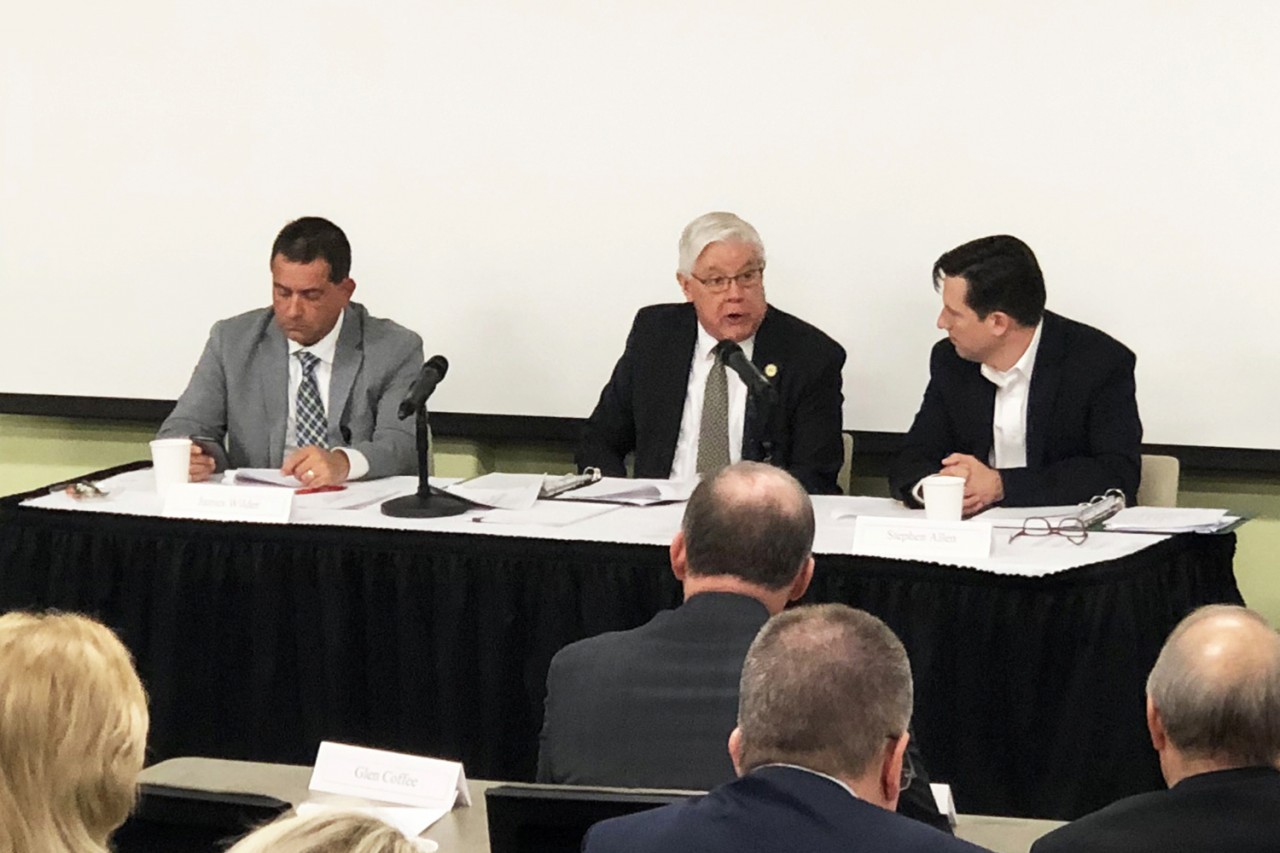 Oklahoma Baptist University trustees approved the 2019-20 budget and faculty contracts while also conducting additional required business during their special called meeting Friday, March 15. Prior to the board meeting, the presidential search committee met to elect officers and make plans for the search process.

In his state of the university report to the board, Interim President Pat Taylor expressed appreciation for the opportunity to return to Bison Hill and noted that the university is blessed with great resources and the potential for a strong financial future.

“I can report to you that the state of our university is good,” he said. “I can say that because of our people and our mission. We have great people at OBU, a great faculty committed to teaching and great staff members who love and genuinely care for OBU.”

Committee Chair Stewart said, “We are beginning to develop the thorough and accountable process that will reveal the qualified and dynamic individual that God has prepared to lead OBU in the next chapter of its great history.”

The committee decided to acquire the services of a professional search consultant to conduct a nation-wide search and appointed a subcommittee to explore potential search firms and identify the best option for the university. Subcommittee members include Stewart, Roark and Moore. The committee plans to select the professional search consultant within the next couple of months and then will be prepared to receive recommendations for presidential candidates.

BGCO Executive Director-Treasurer Dilbeck expressed gratitude for Stewart’s willingness to serve, saying, “Ben Stewart’s investment in this process will bear good fruit for our university. I have full confidence in him to lead this good committee.

“We ask all Oklahoma Baptists to join us in asking our Father to give clear guidance as He prepares our next president.”
OBU’s Board of Trustees consists of 31 members elected by the Baptist General Convention of Oklahoma.

With its campus located in Shawnee, OBU offers 10 bachelor’s degrees with 88 fields of study and five master’s degree programs. The Christian liberal arts university has an overall enrollment of 2,011, with students from 37 states and 40 other countries. OBU has been rated as one of the top 10 regional colleges in the West by U.S. News and World Report for 27 consecutive years and has been Oklahoma’s highest rated regional college in the U.S. News rankings for 25 consecutive years. OBU is one of three universities in Oklahoma and the only private Oklahoma university listed on Great Value College’s rankings of 50 Great Affordable Colleges in the Midwest. The Wall Street Journal ranks OBU second in the nation for student engagement among all U.S. colleges and universities. Forbes.com consistently ranks OBU as a top university in Oklahoma and the Princeton Review has named OBU one of the best colleges and universities in the western United States for 14 consecutive years.