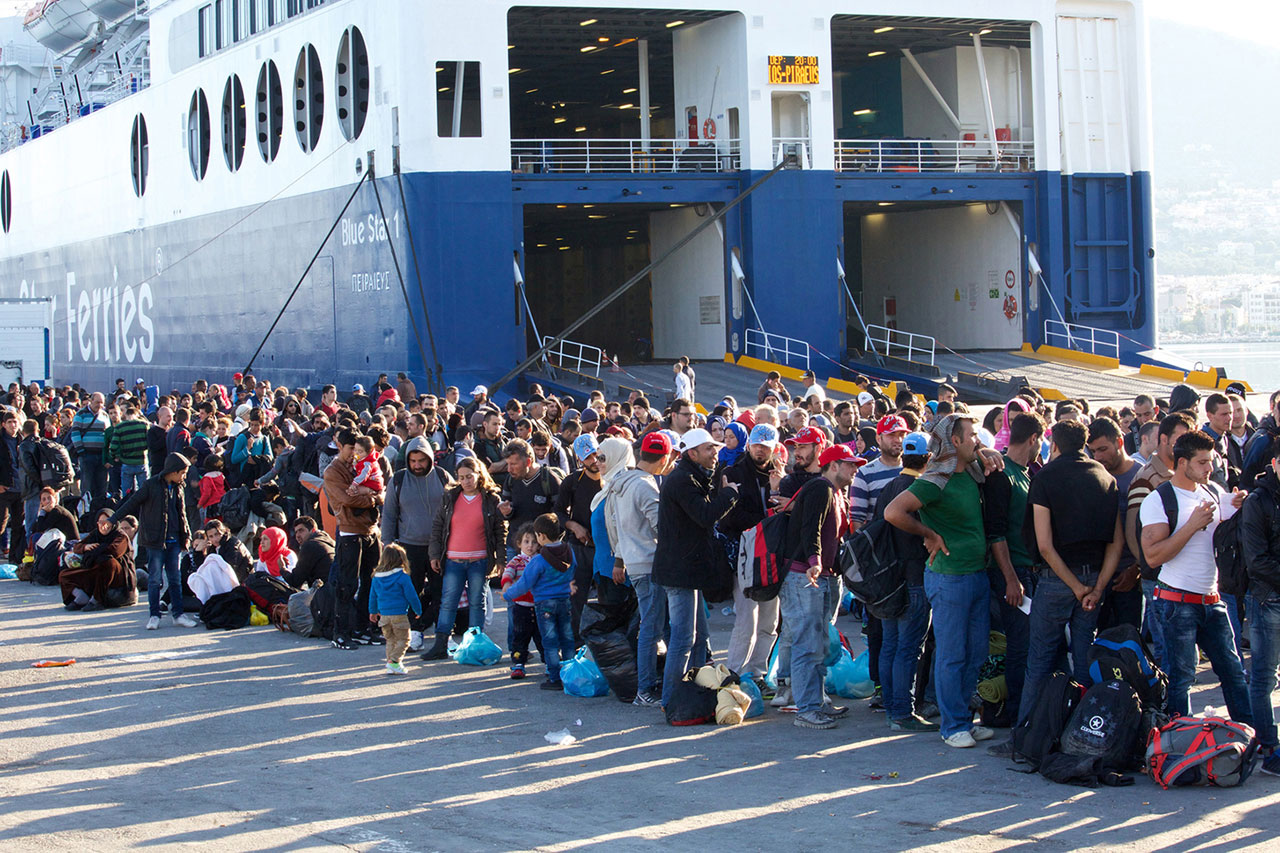 NASHVILLE (BP) — With at least 31 U.S. governors opposing the resettlement of Syrian refugees in their states following terrorist attacks in Paris, Christians have found themselves discussing the appropriate balance between security and compassion in immigration policy.

Various media outlets reported at least one terrorism suspect in Paris entered Europe among a wave of migrants last month by falsely identifying himself as a Syrian refugee. Only 1,500 Syrian refugees have been accepted into the U.S. since 2011, CNN reported, but the Obama administration has agreed to allow 10,000 more in 2016.

Among the governors to oppose continuing resettlement of Syrians in their states are at least two Southern Baptists: Alabama’s Robert Bentley and Georgia’s Nathan Deal.

Bentley tweeted he “will not stand complicit to a policy that places the citizens of Alabama in harm’s way.” Deal said in a Nov. 16 letter to President Obama, “While we have empathy for the hardships that innocent Syrian people face, the terrorist attacks in Paris raise a need for additional scrutiny of those claiming refugee status.”

The last time the Southern Baptist Convention spoke to immigration was 2011, when a resolution “on immigration and the Gospel” called for both compassion to immigrants and border security. Messengers to the SBC annual meeting in Phoenix that year adopted the resolution by what Baptist Press estimated at the time as a 70-80 percent majority.

The resolution noted that “our Lord Jesus Christ lived His childhood years as an immigrant and refugee” and highlighted Scripture’s admonitions “to show compassion and justice for the sojourner and alien among us.” The statement also “ask[ed] our governing authorities to prioritize efforts to secure the borders.”

Preeminently, messengers “call[ed] on our churches to be the presence of Christ, in both proclamation and ministry, to all persons, regardless of country of origin or immigration status.”

The resolution concluded, “We affirm that while Southern Baptists, like other Americans, might disagree on how to achieve just and humane public policy objectives related to immigration, we agree that, when it comes to the Gospel of Jesus Christ and to His church, the message, in every language and to every person, is ‘Whosoever will may come.'”

Paul Jimenez, chairman of the 2011 SBC Resolutions Committee, told BP Christians must avoid the unbiblical responses toward Syrian refugees of “fear, anger and isolation” on one hand and “humanitarian assistance without due vigilance” on the other hand.

Christians should “praise and submit to the government that executes justice against evil and protects its people,” Jimenez, pastor of First Baptist Church in Taylors, S.C., said in written comments. “It has not been given the sword or its authority in vain by the Father, but for our good (Rom. 13:1-7). Meanwhile, the love of Christ should compel us to demonstrate our compassion for the individuals and families ravaged by war. Our actions of mercy display the fruit of the Gospel in us and a desire to see the Gospel reach all people.

“At times like these, the lines of this framework get blurred. Instead, we should highlight them in bold colors for the world to see our faith in the Father and reflect His love for people,” Jimenez said.

Earlier this month, the Baptist State Convention of North Carolina adopted a resolution “on impacting lostness among immigrants.” The Nov. 3 resolution observed that “North Carolina Baptists may not agree on specific public policy responses” to immigration crises, but it noted unity in the “call to extend love and compassion to those who are vulnerable and to reach all people with the Gospel of Jesus Christ.”

Jarrod Scott, a North Carolina pastor who proposed the resolution, told BP America’s response to Syrian refugees should strike a balance between protecting U.S. residents from terrorism and loving the refugees fleeing war and genocide.

“We need more consideration before there is a quick, kneejerk reaction of ceasing the resettlement,” said Scott, pastor of Green Pines Baptist Church in Knightdale, N.C. He clarified that he was not accusing any specific governor of an inappropriate reaction to the Paris attacks or to Syrian refugees.

Christians must never, Scott said, “operate just out of fear.”

“It’s somewhat inconsistent for us as a church to be sending out missionaries into environments where they are at risk for the sake of love and sharing the Gospel,” Scott said, “and then … not be willing to embrace some degree of risk to reach, in some cases, the very same people” when they seek refugee status.

Scott acknowledged, however, that individuals, churches and governments play different roles in the handling of refugees.

Robert Jeffress, pastor of First Baptist Church in Dallas, agreed. He told BP “there’s a lot of confusion among Christians on the right response to Syrian refugees because many people do not understand that while we as Christians have one responsibility individually, government has another responsibility.”

Individuals, Jeffress said, must “show compassion for these refugees,” support relief organizations and call on government to combat the terrorist group ISIS. “But government has another responsibility, and that is to secure our borders.”

Citing Acts 17:26, Jeffress said “having a secure border is not an anti-Christian sentiment. And while our government right now says we can trust them to properly vet refugees that come into our country from Syria, many Americans, like myself and these governors, don’t believe that government is capable or willing to do that.”

A Nov. 15 YouTube video of Jeffress responding to the Paris terrorist attacks was viewed more than 78,000 times during its first three days online. In the video, he identified radical Islam as the cause of the attacks and distinguished between the responsibilities of individuals and governments.

“The screening of refugees is a crucial aspect of national security, and we should insist on it,” Moore told BP in written comments. “At the same time, evangelicals should be the ones calling the rest of the world to remember human dignity and the image of God, especially for those fleeing murderous Islamic radical jihadis. We should remember the history of the 20th century, of Jewish refugees from the Holocaust and refuseniks from the Soviet Union who were largely ignored by the world community.

“We can have prudential discussions and disagreements about how to maintain security,” Moore continued. “What we cannot do is to demagogue the issue, as many politicians are doing right now. An entire generation of those fleeing genocide will be asking if there is an alternative to the toxic religion they’ve seen. Will they hear evangelicals saying ‘Jesus loves you’ or ‘Who then is my neighbor?’ There are massive implications for both answers.”

As nations debate the appropriate political response to Syrian refugees, the International Mission Board continues to share the Gospel among them, and relief organizations such as Baptist Global Response work to help meet refugees’ physical needs.