OBU Centennial Convocation – The best is yet to come 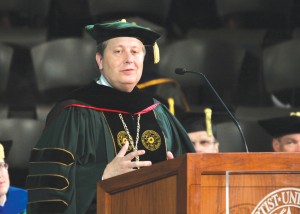 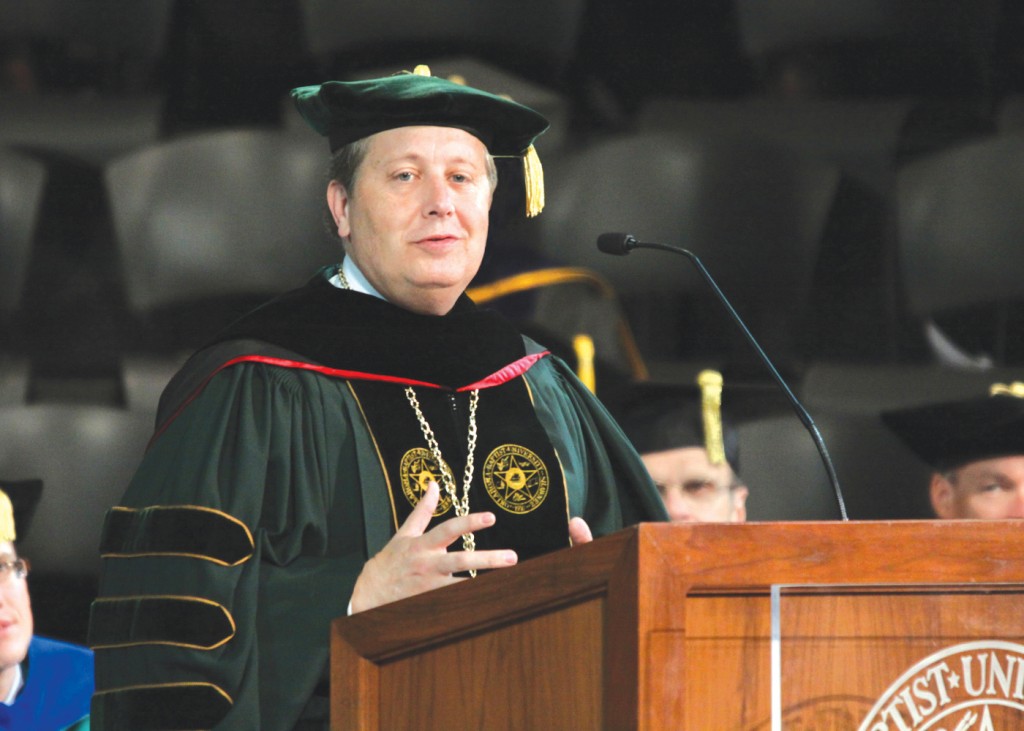 SHAWNEE—As the Oklahoma Baptist University community kicked off its Centennial celebration with its Fall Convocation, OBU President David Whitlock predicted that God has great things planned for the university’s future.

OBU’s celebration of a century of achievement officially began with the first of two centennial convocations Wednesday morning, Sept. 2, in the university’s Raley Chapel. The convocation, which traditionally marks the beginning of the academic year, launched an 18-month celebration of OBU’s centennial anniversary, using the theme “Proudly Stand On Bison Hill: The First 100 Years.”

Whitlock said “anticipation” describes the Christian life as believers seek to know Christ, His plans and the blessings He has in store for His followers. Likewise, Whitlock said he anticipates God has great things in store for OBU.

Drawing from John 1:44-51, the OBU president described how Nathanael, one of Christ’s disciples, first met Jesus. In that brief interaction, Jesus revealed He knew about Nathanael’s past and present. Nathanael needed no more convincing: he confessed Jesus as the Son of God, as Lord.

Jesus responded that He not only knew Nathanael’s past and his present, but also that He had something to say about Nathanael’s future, telling him, “You will see greater things than this” (John 1:50).

“Here’s the Whitlock paraphrase: ‘You think that’s something? Just wait until you see what’s next,'” Whitlock said.

“I’m not sure of the path you took in getting to OBU,” Whitlock added. “I’m not sure you realize that you were joining the OBU family during this very special centennial year. But faculty, staff, students: I know beyond a shadow of a doubt God has a plan for you, He has ordained you to be here at this point, at this time, and He has prepared a future for you. I know for certain God has you here at this point in your life and at this point in our history as a university for a divine purpose.

“I hope you’re living in anticipation of what God is going to do.”

Convocation included the introduction of employees who have joined OBU since Jan. 1, including seven new faculty members and 20 new administration and staff members.

OBU offers 10 bachelor’s degrees with 83 fields of study. The Christian liberal arts university has an overall enrollment of 1,753, with students from 39 states and 20 other countries. OBU has been rated as one of the top 10 comprehensive colleges in the West by U.S. News and World Report for 18 consecutive years and has been Oklahoma’s highest rated comprehensive college in the U.S. News rankings for 16 consecutive years.