No place for racism, Tulsa pastor says on centennial of Tulsa Race Massacre 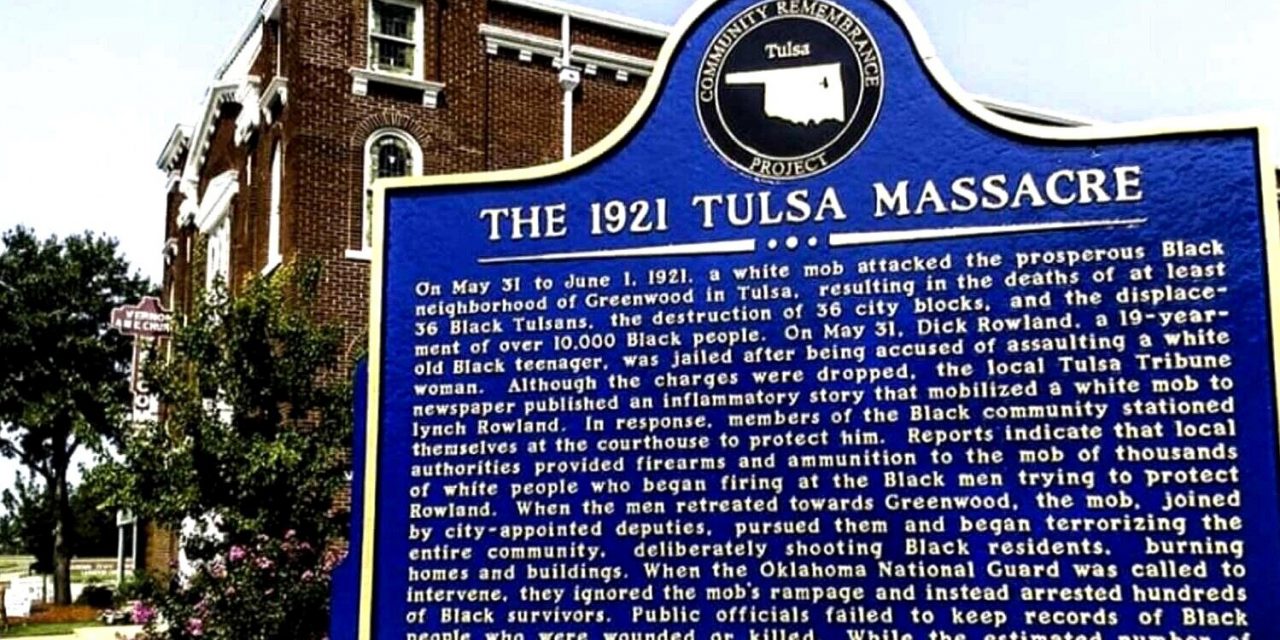 TULSA (BP)—Although for years, the horrific incident was only whispered about, Deron Spoo was very intentional in trying to ensure it was solemnly remembered. 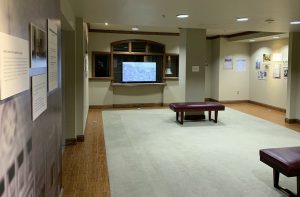 When the congregation of Tulsa, First gathered Sunday, May 30, on the eve of the centennial of the Tulsa Race Massacre, Spoo, their pastor, described it as a lingering “scar” on the city. Noting that he didn’t know what was said at the church in a Sunday service 100 years earlier, according to the Associated Press, Spoo told the congregation:

“I want to be very clear: Racism has no place in the life of a Jesus follower.”

As many as 300 Blacks were killed and 35 blocks of Black-owned homes and businesses were burned down in the north Tulsa neighborhood of Greenwood during a two-day period May 31-June 1, 1921. More than 10,000 residents were displaced. It was one of the worst incidents of racial violence in U.S. history.

Spoo, who had studied the history of the massacre, was intentional in trying to ensure it was remembered this year, in hopes of carving a fresh path toward racial reconciliation. He was among area pastors – of Southern Baptist and other churches – who began planning faith-based events related to racial reconciliation more than a year ago.

In February, Tulsa, First opened the Tulsa Race Massacre Prayer Room for 121 days ahead of the horrific anniversary, it provided a location for intensive prayer.

And Sunday, on the eve of the horrific anniversary, Tulsa, First joined several other churches in a jointly planned time of remembrance.

“I think there’s a very biblical reason for us to acknowledge the sins of the past,” Spoo told Baptist Press on Wednesday, June 2. “About 150 times in the Bible, God gives a command to remember.”

The churches’ planning culminated Sunday, May 30, when a joint effort took place among Tulsa churches to remember the 100th anniversary of the tragedy in their community. First Baptist Tulsa joined with several other Southern Baptist churches, as well as some Presbyterian and United Methodist churches, to recite the same scripted prayers and sing the same hymn—“Amazing Grace”—in their church services to promote racial reconciliation.

Spoo said the display of unity among the churches in the community pointed toward the perfect unity that will be a part of eternity.

The National African American Fellowship (NAAF) of the Southern Baptist Convention (SBC) issued a statement Monday, May 31, offering respect and remembrance to the families of those killed in the tragedy. Signed by NAAF President Marshal Ausberry, who is also first vice president of the SBC, and other members of the NAAF leadership team, the statement offered “deepest respect and heartfelt sorrow to our brothers and sisters who suffered at the hands of godless mobs of white persons who destroyed, burned and bombed a striving African American Community that has been called ‘Black Wall Street.’”

Spoo said First Baptist’s prayer room, which he described as a cross between a prayer room and a museum, was constantly staffed by representatives from the church, who prayed for racial reconciliation and provided assistance to guests. Some of the suggested prayers displayed in the room were used as scripted prayers for Sunday’s joint church effort.

According to historical accounts, the massacre occurred after Black Tulsans went to the courthouse in an attempt to prevent the lynching of a Black prisoner, who had been accused of assaulting a white woman. The Black Tulsans were attacked by a white mob, which then moved north into Greenwood, a thriving 35-block area that included a business district known as “Black Wall Street.”

Members of the white mob, including members of the local police department and National Guard, killed many black members of the Greenwood community and left the town in ashes. No white men were arrested for the events.

And for many years, it wasn’t spoken of – and many didn’t even know about it. Eric Costanzo, pastor of Tulsa, South Tulsa, told the Associated Press (AP) he grew up in Tulsa but only learned of the massacre while in seminary out of state. Constanzo said he became involved in planning for events that included visits by members of his congregation to the Greenwood community. Costanzo told the AP he hoped “the bridge we created between our communities” continues.

Spoo said the community of Tulsa is often still divided, and prayer is an important part of repairing the community and the Church as a whole.

“I think it’s important for our church to be a part of this project to send a message into the future, but also for today that racism doesn’t have a place in the heart of the church, nor in any follower of Jesus,” Spoo told Baptist Press in February. “We can solve a lot of problems if we communicate together, but I think we can solve more problems if we communicate with God. So while we’re talking about this, why don’t we include God in the conversation?”

“At the heart of it all, we are God’s creation. And we are still dealing with this horrible sin called racism even 100 years later. And it’s kind of like the cries of Blacks and whites, young and old over this past summer with George Floyd’s death, ‘Enough is enough.’

Spoo told Baptist Press it was important to remember, amid the solemn reflection, that some served Black victims. Tulsa, First helped to house victims of the tragedy.

But Spoo said Christians in Tulsa and around the nation and world must model the Christlike love for all people that will be on display in eternity.

“It’s the middle part that we need to deal with right now. Why don’t we treat people as made in God’s image? And why don’t we treat people for the eternal beings that they have the capacity to become. It just makes sense to me that as followers of Jesus we should be leading the way on issues of racial reconciliation, rather than dragging our feet. We know people are made in God’s image, so why do we wait to actually act on that?”