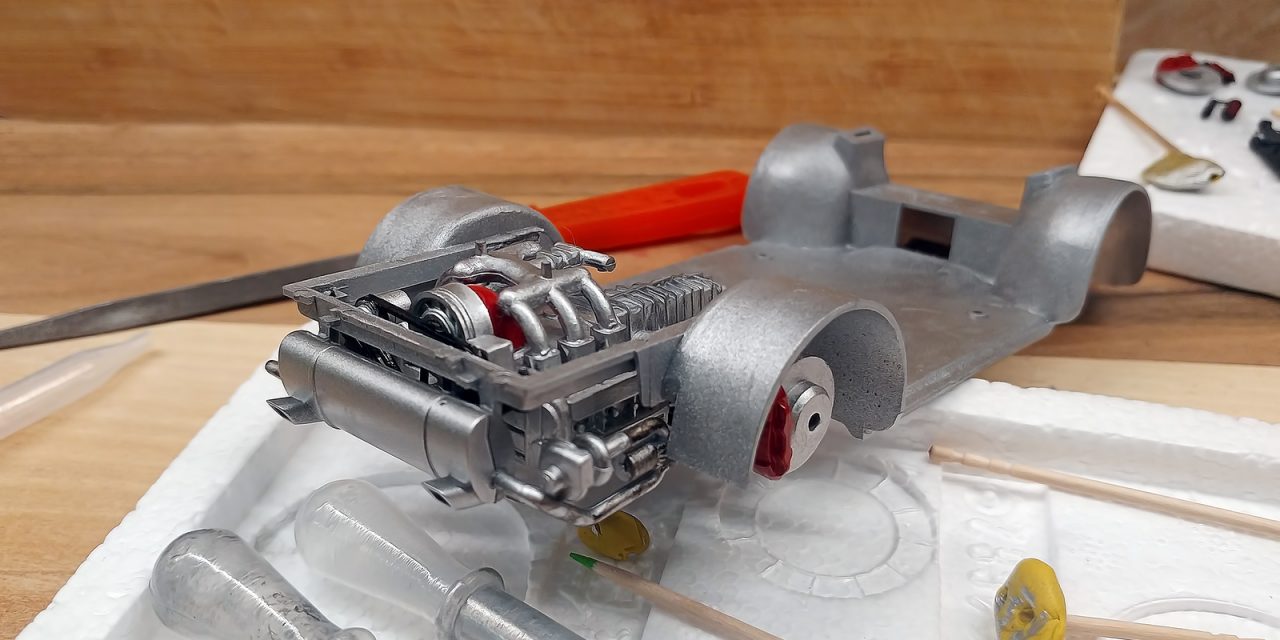 In 1966 I was 15 years old and bought my first car. It was a 1954 Plymouth Belvedere 4-door sedan. In those days there were two kinds of cars, one class was called “Babe Magnets.” Guys drove those cars to attract pretty girls. They just wheeled into the local Dog ’n‘ Suds, and people would gather around with many wanting a ride in the Babe Magnet. The most popular Babe Magnet cars back then were the Mustang, Camaro, and Corvette.

The second class of cars were “Granny Shuttles.” I think that needs no explanation. A 1954 Plymouth Belvedere 4-door sedan was definitely a Granny Shuttle. The only way I could make it a Babe Magnet was to drive around with a little puppy hanging out of the driver’s window.

My car’s shifter was called three-on-the-tree because the 3-speed’s lever was on the steering column. There was no power steering, no power brakes, no seat belts, no air conditioning, no electric windows, no automatic transmission.

One day, I was driving home from school when I felt a weird sensation, like I was in a daydream. I lost focus, and my mind went foggy. A sudden tightness hit my chest that made my breathing shallow. Every time I took a breath, I went into shock.

After I crawled into the house, my family rushed me to the hospital where our doctor discovered my lung had developed a hole and collapsed. Whenever I took a breath, the air would go through my lung, into my torso and irritate the nerves.

The doctor took a wait-and-see approach and sent me home to remain bed-ridden, in hopes that my lung would heal itself and reinflate. I was confined to my bedroom, which was our back screened-in porch that had been unscreened with a bed thrown in.

To pass the time, I did a couple of things to keep busy. One, I read. I have always loved to read because my mom instilled in me a love for books when I was a child. Most of my readings were about smokejumpers, submarines, and my King James Bible. My second distraction was the model car kits my mom bought for me to assemble.

In the model car world, the builders are divided into two classes: those who can handle glue and those whom the glue handles. The glue for these kits came in a small plastic tube with a tip that required a needle to make a hole for the glue to come out. At least that’s what the directions said.

However, when I stuck that needle in the tip, about one-third of the glue gushed out, gluing my fingers together. The tube of glue stuck to my glue encased fingers, and the needle and everything else stuck to the box. I hate model glue.

Finally, my lung healed, and I returned to school.

Now, I tell you all of this because it was during this season of quarantine that I began building a biblically-based belief system. And I discovered a love for the study of God’s word. “Study to shew thyself approved unto God, a workman that needeth not to be ashamed, rightly dividing the word of truth” (2 Tim. 2:14 KJV).

This was not just a surface reading but a hunger to know why each book of the Bible was written. I wanted to know who the writers were, why were they writing and to whom they were writing.

Why do we have the four Gospels, and why is the Book of John so different from Matthew, Mark and Luke? How does the Old Testament relate to the New Testament? Why did Jude, Jesus’s younger brother, write the shortest book in the New Testament? Shouldn’t he have written the longest one? I believed that I must know the doctrines of salvation, repentance, grace, forgiveness and more.

I embraced it as God’s will that I should build this foundation and defense of the faith, so I could always be ready to make a defense to anyone who asked me to give an account for the hope that was in me, but to do it with gentleness and respect, just as 1 Peter 3:15 instructs. This foundation must be built upon the living Truth and the written Truth. If I didn’t do that, then the things of the world would sound right to me. I could easily be deceived, and my life would be built upon ever-shifting sand.

Among the many advantages of studying the Bible for these reasons, one good thing is that glue is not required. Did I say that I hate model glue?

“For the word of God is living and active, and sharper than any two-edged sword” (Heb. 4:12a NASB).