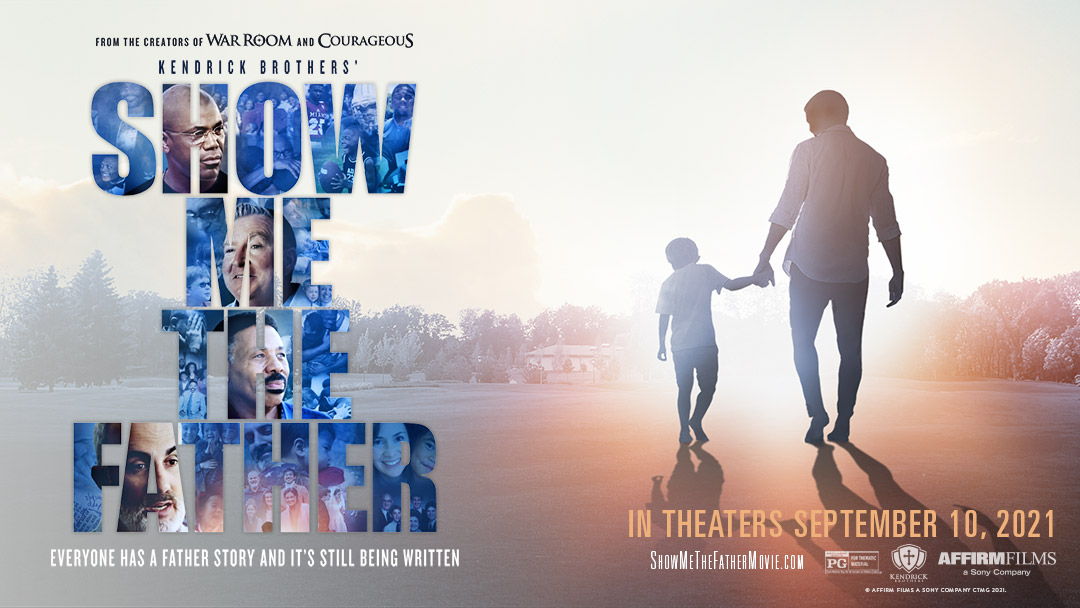 FRANKLIN, Tenn. (BP)—Friends joked that retired Seattle Seahawks Super-Bowl-winning running backs coach Sherman Smith could be the father of Super Bowl winning coach Deland McCullough, whom Smith recruited to college football decades ago. After all, Smith sought to portray fatherhood throughout his career.

Smith particularly appreciated the way he has mentored his players when he learned in 2017 that McCullough is in fact his biological son, a story the two share in the upcoming Kendrick Brothers documentary “Show Me the Father,” in theaters Sept. 10.

Smith shared the words of a friend: “You don’t have to apologize to (McCullough) about how you treated him when you were coaching him and how you talked to him,” the friend said. “Man, you treated him the right way.”

Smith and McCullough have built on their relationship since learning of their father-son kinship when the son searched for his biological parents. Their families have jelled in familial love, including McCullough’s wife and four children, Smith’s wife and children, McCullough’s birth mother and his adoptive mother. McCullough’s adoptive parents separated, and the young boy grew up without a father in the home.

“I know that’s a God thing. I mean God put something in him. … God watched over him and put the right things in him to bring him together, and it’s just been a blessing,” Smith said of McCullough. “I didn’t know that he was my son. I didn’t know that I had fathered a child, but I have no regrets in how I treated him. My biggest apology to him was, ‘Man I’m sorry. Sorry for not being there.’ He said, ‘Well you didn’t know.’ … Deland gave me so much grace.”

The Smith/ McCullough journey is among four father-son relationships featured in Show Me the Father.

Tony Evans, senior pastor of Oak Cliff Bible Fellowship in Dallas, and his son Jonathan; Jim Daly, president of Focus on the Family, and the Kendrick brothers’ father Larry are also featured in the film. Former NFL running back Eddie George is included, and both Alex and Stephen Kendrick—themselves fathers—add depth to the story.

The project is the first documentary from the Kendrick Brothers and follows their hit films “Overcomer,” “War Room,” “Courageous” and “Fireproof,” and precedes the filmmakers’ “Courageous Legacy,” releasing later this year.

Smith fathered McCullough before he accepted Christ, but sees that as an “explanation, not a justification,” for having sex out of wedlock.

“We have to be careful. We have to be disciplined with our bodies,” he said. “We can’t be reckless and irresponsible.”

He wants men to know their responsibility as Christians to be self-controlled.

“Even in my situation, irresponsibility is never neutral,” Smith said. “Someone always becomes responsible for your irresponsibility. …. If we’re going out and we’re all over the place, being undisciplined and all that stuff, we’re being irresponsible.

“And if you’re a Christian, you’re sinning against God, you’re not doing the right thing.”

He tells men they are all natural-born leaders placed in the home and society with a purpose of glorifying God.

“If it’s our desire to glorify God,” Smith said, “then we want to glorify Him in every area of our life. And that means in our behavior and how we carry ourselves, and how we control ourselves as men sexually.”