Cooperative Program: A steady diet of missions and ministry 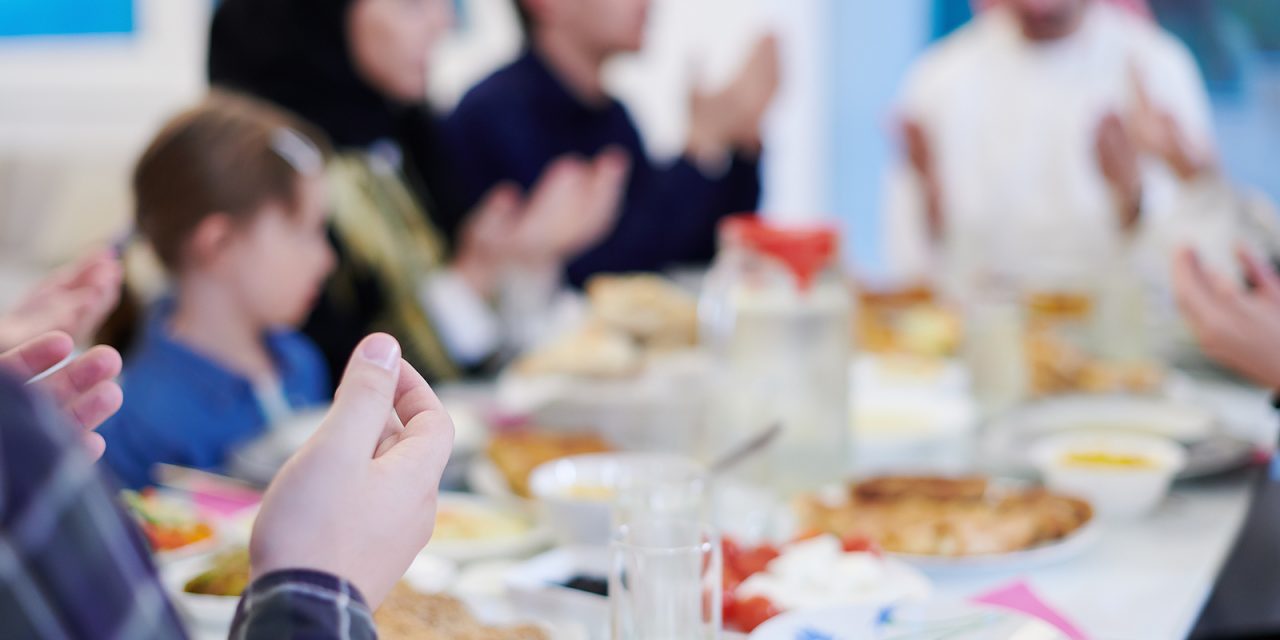 “The body was made for occasional feasting.”

That’s what my doctor told me on my last visit. I’ll have to admit that message from my physician wasn’t meant as an encouragement to me to give in to a little more feasting. No, there was a less-than-subtle emphasis on the word “occasional” when he said it to me. More of a sense of, “You might want to dial it back a little, Forbes.”

He went on to point out that the healthiest eating behavior for me was to eat a balanced diet on a daily basis and on special occasions, indulge in a little feasting. Altogether, that would be the healthiest for my body.

Summertime will soon roll to a stop, and a season of feasting lies ahead. This will be a time when, under ideal circumstances, we eat just a little over and above what we usually eat.

I don’t think I am alone when I say I look forward to all the feasts of fall and winter. There will be lots of sweets for Fall Festival (that’s church talk for Halloween). Thanksgiving and Christmas are not that far off. Turkey, dressing, mashed potatoes and—pies! Lots of pies! And, despite a post New Year’s indulgence and a resolution to eat healthier, before we know it, it will be time for Easter dinner again! I can’t wait for all the great food!

As I was pondering the not-so-subtle encouragement from my doctor, it occurred to me that missions giving through the Cooperative Program (CP) is similar to a balanced steady diet of missions while designated mission giving is a lot like missions feasting.

Each year In Oklahoma, we have our missions feasts, the so-called designated offerings. You know, that’s the Edna McMillan State Missions Offering (SMO), collected in September to fund ministries that embrace brokenness and advance the Gospel in our state. There’s the Lottie Moon Christmas Offering (LMCO), collected for the International Mission Board (IMB) that sends fully-funded missionaries to unreached people groups. Then there is the Annie Armstrong Easter Offering (AAEO), which supports the North American Mission Board (NAMB). This offering funds church planting, Send Relief and evangelism efforts across the United States.

These are the “occasional” times of the year when we collect offerings that are over and above our usual tithes to our church and give to missions work.

Just like occasional feasting is vital to our family gatherings and holiday celebrations, these offerings are vital to the support and celebration of missions. This is a time in our churches to celebrate missions in our state (SMO) in our nation (AAEO) and around the world (LMCO). We use these times to share reports and advocacy for our shared missions and ministry.

At this time, 100 percent of our giving is channeled directly to specific mission needs. Thankfully, Southern Baptists are very generous in their giving to these offerings!

But just like my doctor ordered, feasting all the time isn’t the healthiest option for the human body and missions feasting alone isn’t the healthiest for the church body. Imagine if everyone in your church determined they would no longer give their tithes to the church, but would only designate their giving to mission offerings. It would not take long before the church was unhealthy and unable to do ministry for lack of support. And since the Cooperative Program isn’t a designated offering, but is allocated through your church’s general budget, the CP would also dry up.

A church can’t survive on designated giving alone and neither can the Southern Baptist Convention. There needs to be a balanced diet of missions support. When you give your tithes to your church, and your church gives through the CP, you are giving to ministry far beyond the walls of your church and the limits of your community!

In a recent survey conducted of all the Oklahomans currently serving with the IMB, many missionaries responded to their calling to missions in their local church, but they also told us that they often understood their calling first through Baptist Collegiate Ministries (BCM), Falls Creek, CrossTimbers, Youth Evangelism Conference, Go Students missions projects and other state ministries.

These ministries help the church keep the IMB busy with new candidates for missions. The same could be said about NAMB church planters, chaplains and evangelism equippers. Local church and state ministries that are supported by the CP help keep the advance of the Gospel moving forward!

The CP makes so many of the ministries possible that keep the SBC missions pipeline full. Because of CP, church leaders are equipped through seminary and Baptist colleges like Oklahoma Baptist University, state-based training and a wide variety of other ministry support efforts. People are reached with the Gospel through state and national evangelism efforts. People who need Jesus find help in their time of need in disaster relief, crisis pregnancy, chaplaincy, children’s homes, camps, retreats, conferences, youth ministry, BCM campus ministry, and many other ministries are created that help churches bring their disciples to maturity.

If the local churches all decided to send 100 percent of their tithes and offerings to the mission boards, bypassing the CP, it might seem like a boon for the mission boards, but it would soon prove to be a bust. That is because in order for church planters and missionaries to be sent to the nations, there needs to be a steady flow of candidates for missions. If the church isn’t there to evangelize and disciple, if state ministries that support their work don’t exist, then the missions pipeline would soon dry up.

So, as we approach this important season of missions feasting, let us take the missions doctor’s advice and keep a balanced approach to missions. Don’t turn your regular tithe into your designated missions gifts during this season. Make a healthy feast of it and go over and above in you giving.

Do your part to support the ongoing ministry of your church and the Cooperative Program that makes it possible for these missions organizations to send people to the nations.