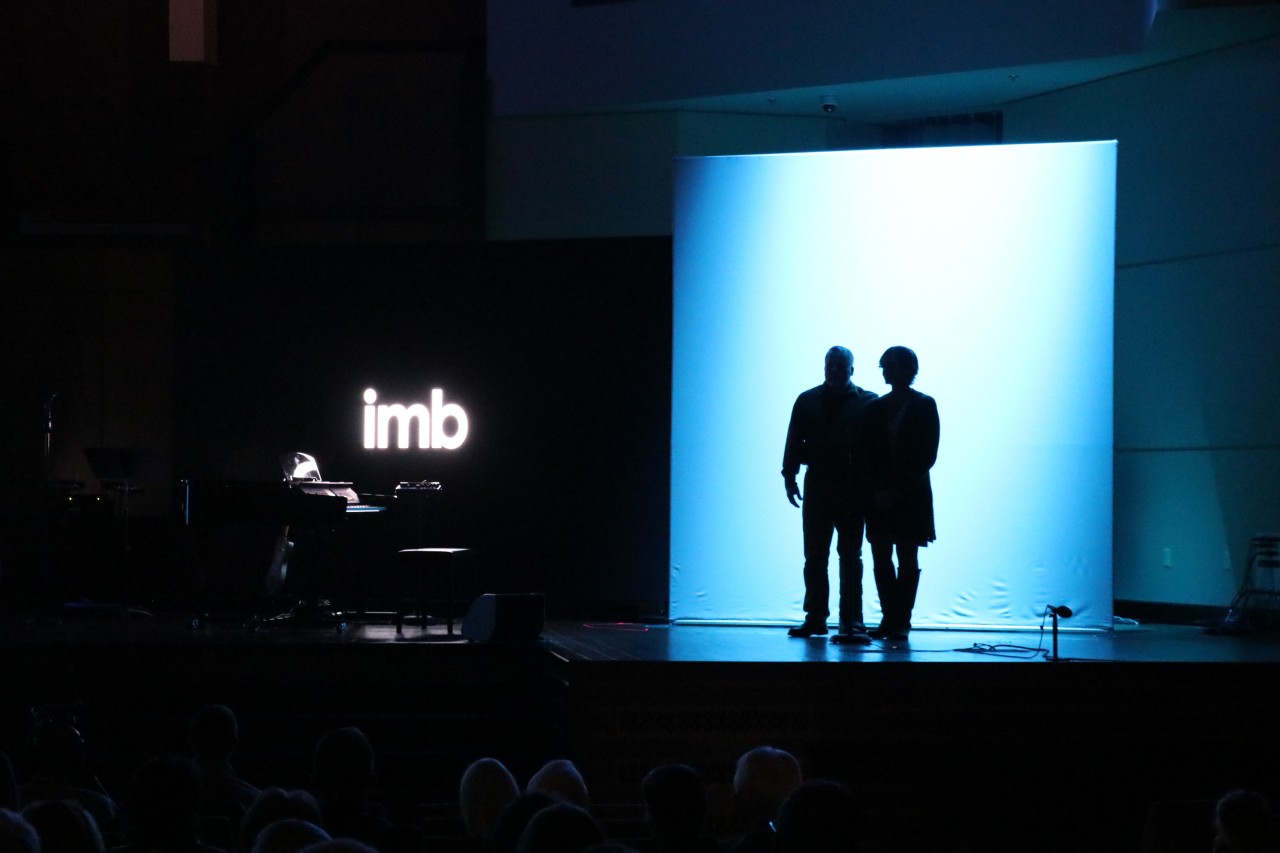 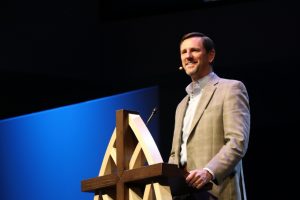 Paul Chitwood commended Oklahoma Baptists for their giving and commitment to growing their already strong support of missions.

During a missionary Sending Celebration held in conjunction with their 2019 Annual Meeting, hundreds of Oklahoma Baptists from across the state witnessed how their giving enables the International Mission Board (IMB) to send missionaries around the globe. The IMB appointed 29 missionaries, voted on and approved by IMB trustees, at Oklahoma City, Quail Springs, Nov. 12. Paul Chitwood, IMB President, preached the message at the service, challenging and encouraging the missionaries and attendees to do the good work God has called them to.

Family members, friends and pastors of the missionaries joined Oklahoma Baptists at the service of celebration. As the missionaries walked across the stage to introduce themselves and share their calling, the crowd was asked to pledge their support through committed prayer.

One supporter was Gordon Fort, IMB’s Prayer Ambassador and brother of missionary appointee, Gregg Fort. The Fort family has more than 200 years of missionary experience in their immediate family. Both Greg and Gordon previously served overseas in Africa, and the Forts’ parents, the late Milton Giles Fort Jr., and the late Wana Ann Fort, served as medical missionaries in Zimbabwe for nearly 36 years. Wana Ann Fort’s story is captured in her 2013 autobiography, “A Thousand Times Yes: Two Doctors Who Answered God’s Call.”

“I am proud of my brother who is following our parents’ legacy of faith that they left us; their career as medical missionaries in Africa. I am proud to see them go back in this critical time in Christian history,” Gordon said.

Gregg and Donna said that they are returning to the field with eager hearts for the harvest they know the Lord has made ready in Sub-Saharan Africa.

“God’s heart for the nations is expressed in Psalm 67. God blesses His children that the nations might know His character and His saving power,” Donna said. “The fields are truly white, and the harvest is ready. Will you join us in praying that God’s glory will be made known among the peoples of Durban, South Africa?” 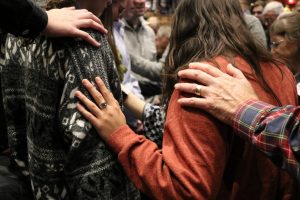 Many attended the Sending Celebration and spent time praying over the appointed missionaries.

For missionary couple Aubrey and Ryan Curry, the call to go was solidified through their individual overseas trips.

“After returning from my first overseas trip, a woman from church asked me to tell her about my experience. As I recounted different stories to her, I knew God was leading me to serve in an international context and shared, ‘You know, I think God has made me for something like this,’” Aubrey said.

Ryan added, “God opened a door to international missions while I studied at Morehead State University in Kentucky. Early on I learned that the job of a missionary is not to save people from their sin. Missionaries go in obedience to share the story of how God provided salvation.”

Oklahomans commit to sending to more

Chitwood commended Oklahoma Baptists for their giving and commitment to growing their already strong support of missions.

“In terms of the percentage of gifts that come in from the churches, through the Cooperative Program, you are the most generous convention of churches in the Southern Baptist Convention. Oklahoma Baptists lead the way and model cooperative missions,” Chitwood said.

Called to a great work

Preaching from Nehemiah 6, Chitwood stressed the importance of dependence on God and the pivotal role Southern Baptists play in the great work detailed in Matt. 28:19-20 and Rev. 7:9. Whether going and serving overseas or supporting those who are going, Chitwood encouraged the congregants to ask themselves, “How can I be a part of God’s great work?”

At the close of the service, Chitwood charged the crowd to go and take action.