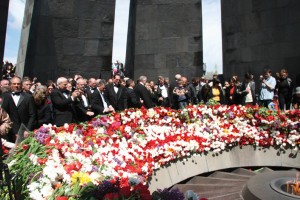 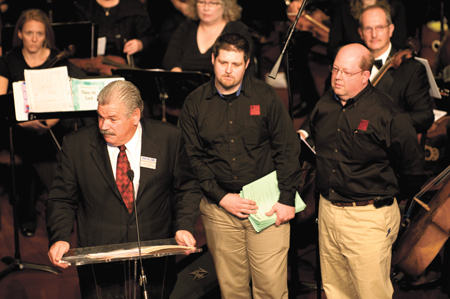 The approval of a three-year partnership with East Asia by messengers to the 103rd Annual Meeting of the Baptist General Convention of Oklahoma in November was voted the top story of 2009 by the editorial staff of the Messenger.

The evangelical outreach effort to the Orient nosed out the milestone of Oklahoma City, Quail Springs becoming the first Oklahoma church to reach the $500,000 mark in Cooperative Program (CP) giving as the top story of the year.

Rounding out the Top 10 were (3) the impact of Falls Creek Baptist Conference Center on state youth; (4) the ministry of the Singing Churchmen (SCM) of Oklahoma in Armenia/Israel; (5) Douglas E. Baker being named Executive Editor of the Baptist Messenger and leader of the BGCO’s Communications Team; (6) the launch of the Messenger Insight podcast; (7) two anonymous gifts of $1 million each to help reduce the construction debt at Falls Creek; (8) the Singing ChurchWomen of Oklahoma (SCW) celebrating their 20th anniversary; (9) the Baptist Foundation of Oklahoma’s impacted by the Bernard Madoff fraud and (10) Bill Green passing the baton of the SCM/SCW to Ken Gabrielse.

Meeting Nov. 9-10 at Moore, First, 895 messengers to the BGCO annual meeting enthusiastically embraced the gathering’s theme of engaging the world with the Gospel by endorsing a three-year partnership with East Asia. The BGCO Board of Directors had approved the pact at their September meeting.

Sam Porter, BGCO partnership missions specialist, said the goal of the new partnership is to send between 70-100 teams from Oklahoma to the area every year.

• (2) As reported on April 23, Oklahoma City, Quail Springs was recognized for giving $523,667.22 to the CP in 2008, the first time an Oklahoma Southern Baptist church had achieved that level. Just five years earlier, the northwest metro area congregation had given $185,376 to the CP. Quail Springs gives 13.5 percent of its undesignated tithes and offerings to the CP.

“The Quail Springs family is delighted to celebrate this milestone,” said Pastor Hance Dilbeck. “The Lord continues to bless our congregation and as He prospers us, we want to grow in our faithfulness to His Kingdom work.” 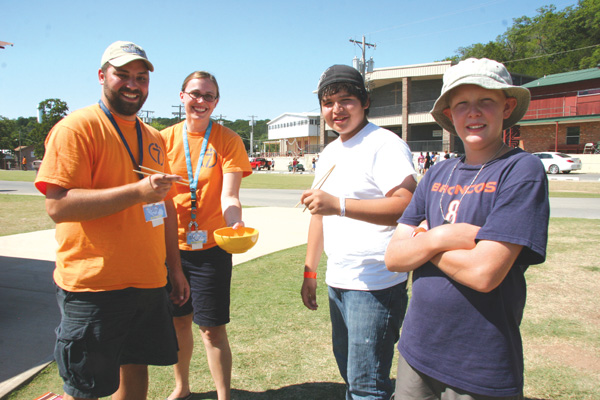 • (3) Falls Creek Baptist Conference Center continued to provide a place for lost youth to hear the Gospel and establish a relationship with the Savior Who sacrificed himself for them. As stated by program director James Lankford, the youth weeks are not some sort of spiritual drop-off service where professionals take over the responsibility of parents or local churches, but is a ministry partner providing spiritual help and guidance to those who have never heard the Gospel and to those Christians who are growing in their faith to live their lives in obedience to the Great Commission of Jesus Christ. 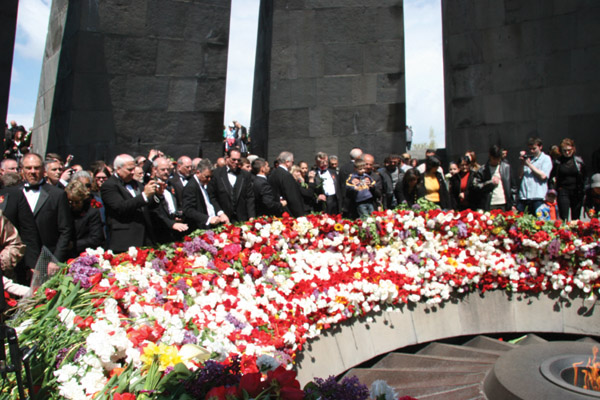 • (4) The Singing Churchmen of Oklahoma shared the love of Christ through concerts and worship services in Armenia and Israel in April and May, despite fervent efforts of the Enemy to sabotage the effort.

“I have never felt such persecution in my life,” said director Bill Green after the men became under attack from the moment they stepped off the planes in Yerevan on April 17. “They were out to destroy us.”

Before they left for Israel on April 24, however, lives had been changed for eternity, and they had heard many comments such as, “Because of them, because they came, I am saved.”

In Israel the Churchmen divided into choirs to sing in 11 Baptist churches in Jerusalem and later visited many biblical sites.

Don Scott, minister of music at Nicoma Park, First, and president-elect of the group, said he believes worship in Oklahoma churches will be enhanced because of the experiences of the worship leaders in Israel.

“Just being where Jesus’ ministry took place will change you,” he said. “And we saw the reality of all we’re living for at the garden tomb with the sign that says: ‘He is not here. He is risen.’”

• (5) On July 16, BGCO Executive Director-Treasurer Anthony L. Jordan announced that Douglas E. Baker, director of public relations and executive director of the council on Christian Life and Public Affairs with the Baptist State Convention of North Carolina, had been selected as the 10th executive editor of the Baptist Messenger and leader of the BGCO’s Communications Team.

“We believe God has given us an outstanding leader, thinker, writer and communicator,” Jordan said in making the announcement. “His expertise in public relations, public affairs, writing, editing and preaching positions him to make an outstanding contribution to the work of the convention and our ministry to our churches.”

• (6) A new podcast outreach, Messenger InSight, was launched in October to engage, equip and encourage pastors and church leaders as they wage the battle against the many crucial issues their congregants face on a daily basis. Hosted by executive Editor Douglas E. Baker, the monthly podcast biblically and thoroughly examines issues encountered by the modern church to strengthen understanding and fellowship among churches.

• (7) In January and March, two different Oklahoma families anonymously gave gifts of $1 million each to help reduce the construction debt for the improvements at Falls Creek Baptist Conference Center.

When the second gift was received, Steve Thomas, BGCO stewardship advancement director, said, “Because of this gift, only slightly more than $3.7 million is still needed to completely fund what has been achieved at Falls Creek over the past eight years.”

• (8) On Sept. 18, 57 of the original members of the SCW joined about 400 others at the McMurrain Center of Oklahoma City, Village to celebrate the group’s 20th anniversary.

The first women’s group of its kind in the Southern Baptist Convention, the SCW was organized in 1989 by the BGCO church music department. Since then, they have sung in prisons, on college campuses and in churches of all sizes and denominations. They have made mission trips to Brazil, Romania and Hungary, been one of the featured choirs at the Annual Meeting of the SBC in Salt Lake City, Utah and premiered the new Baptist Hymnal at Glorieta, N.M.

• (9) Despite due diligence in its accounting and auditing procedures, the Baptist Foundation of Oklahoma reported in January that it was notified in mid-December through its investment consultant, Asset Strategy Consultants of Baltimore, Md., that it had lost $1.4 million through exposure to Bernard Madoff’s fraudulent investing activities.

Madoff, former chairman of the NASDAQ stock exchange, was charged Dec. 11, 2008 with perpetrating what may be the largest investor fraud ever committed by a single person.

“To become the victim of fraud, despite our best efforts, is frustrating and disappointing,” said Robert Kellogg, Foundation president and CEO. “We have worked hard to raise funds to help ministries. While we are thankful the loss represents less than one percent of assets under management, it’s still a letdown whether it’s $1 or $1 million.”

• (10) Following the SCM reunion concert on May 12 after they returned from their mission trip to Armenia and Israel, Green announced his retirement as the director of both the SCM and SCW. He passed the baton to Ken Gabrielse, BGCO worship and music ministries specialist, who came to the Convention from New Orleans Seminary (NOBTS) in 2008.

In addition to the SCW overseas trips already mentioned, Green led the SCM on trips to Russia, China and Australia.

“These trips, in my spiritual memory bank, were personal, life-changing experiences,” Green said. “These times were God-anointed with literally hundreds of thousands of people coming to know Christ.”

Gabrielse, a graduate of Enid High School, holds a master of church music and a doctor of musical arts (specialization in conducting) from NOBTS. He is a member of the American Choral Directors Association and has served as conductor with the Louisiana Philharmonic Orchestra and the New Orleans Civic Symphony.