When Man vs. Wild first aired on the Discovery Channel in 2006, I was hooked. It seemed there was little that survival expert Bear Grylls couldn’t do—from finding water in a dry desert to building a fire in the pouring rain. 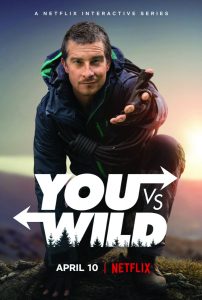 And even when it was disclosed that Grylls sometimes receives help off-camera, I remained a fan.

Man vs. Wild went off air in 2011, but a new series by Grylls—Netflix’s You vs. Wild—may be even better. Like Man. vs. Wild, this newest show spotlights Grylls as he battles nature and the elements and fights for survival. But unlike that earlier show, You vs. Wild puts the viewer in control.

“You’re in charge here,” Grylls says in one episode. “You’re on this journey with me. You decide.”

‘You vs. Wild’ leads this month’s list of ‘5 Family-Friendly Things.’

It’s a cross between a video game and a survival show. It’s the next best thing to Grylls phoning you and asking, “What do you think I should do next?”

Here’s how it works: Every few minutes Grylls faces a decision (Such as: crossing a ravine via a log or a swinging vine). You then make a choice with your remote control, and Grylls follows your command (Don’t worry: He doesn’t die).

Season 1 includes eight episodes. The scenarios are apparently staged, but that doesn’t detract from the thrill of the show.

It’s ultra-entertaining and educational, as we learn about survival in a unique interactive format.

It’s also family-friendly (Unless, that is, you’re troubled by video of someone eating bugs).

The show contains no faith elements that I’ve seen, although Grylls himself is a Christian. YouTube includes a handful of videos of him giving his testimony. 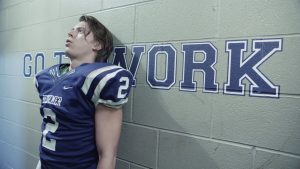 This faith-based sports-themed movie follows the story of two brothers who see football as the ticket out of their small town—until tragedy strikes. Tim and Robby Tebow were executive producers of this inspiring PG-rated film which begins streaming on digital platforms May 21. It releases on DVD and Blu-ray June 18. 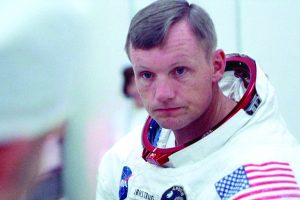 If you weren’t alive when man first landed on the moon, or you simply want to relive the moment all over again, then this documentary is a must-watch. Apollo 11 takes advantage of never-before-broadcast footage and couples it with newscaster audio from 1969 to give you a unique, trip-back-in-time experience. It releases on DVD and Blu-ray May 14. It’s rated G, but includes two mild coarse words.

Remember when broadcast television was funny, family-friendly and clean? Here’s proof. Amazon Prime recently added more than a dozen episodes of The Carol Burnett Show, which began airing in 1967 and featured Burnett and an all-star cast performing skits so funny even they couldn’t keep a straight face. The cast included Vicki Lawrence, Harvey Korman and Tim Conway.

‘The Lego Movie 2: The Second Part’

Full disclosure: I’m not a big fan of The Lego Movie series, even though my children are. They’re just too busy and frantic. But I must admit: The Lego Movie 2 (PG) is family-friendly. There’s no language. There’s no sexuality. The violence is minimal. It even includes a few positive messages—if you’re patient.