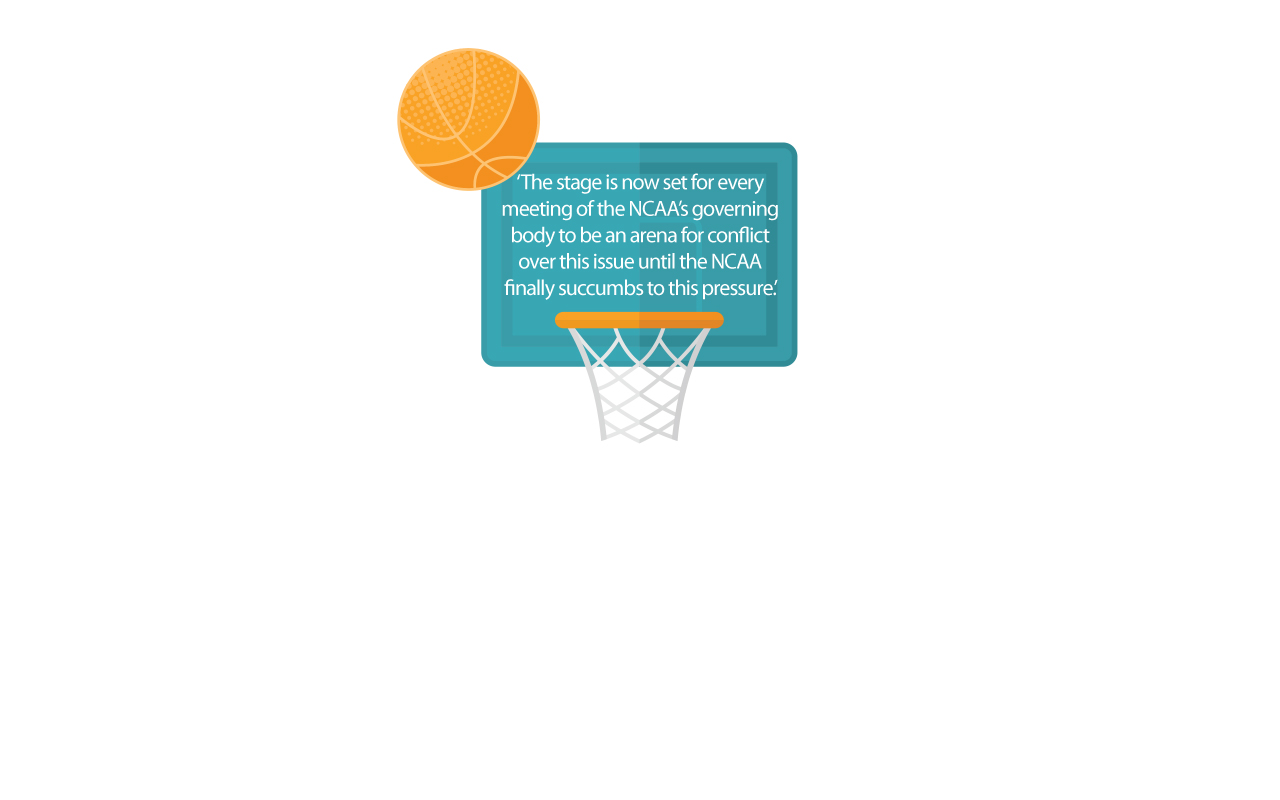 NASHVILLE (BP)—As March Madness is happening, a homosexual advocacy group is pressuring the NCAA to exclude from its membership all schools with federal government approval to “discriminate” against transgender individuals on religious grounds.

Southern Baptist seminary president R. Albert Mohler Jr. predicted the NCAA eventually will succumb to pressure from activists and grant the request to ban schools with a biblically orthodox view of human sexuality from America’s most prominent college athletics association.

Campus Pride, a coalition of more than 80 homosexual and transgender advocacy groups, wrote a letter to the NCAA March 9 “requesting that the NCAA take action to divest from all religious based campuses who have requested discriminatory Title IX waivers toward LGBTQ youth.”

The letter stated 59 “religious-based colleges and universities” have requested exemptions to Title IX of the United States Education Amendments of 1972, a law requiring equal treatment of all people based on multiple criteria, including gender, at schools receiving federal funds. Since 2014, the Department of Education has interpreted that statute to include transgendered identity. The law permits religious institutions to request and receive exemptions.

Campus Pride’s letter, which was posted on the group’s website, claimed “over half of the campuses with the discriminatory waivers are participating NCAA member institutions.”

The NCAA responded to Campus Pride in a March 15 letter stating that the Department of Education, not the NCAA, approves Title IX exemptions.

Bernard Franklin, NCAA executive vice president of education and community engagement, said the organization provides “member schools and conferences with educational resources, many of which focus on diversity and inclusion.”

“For example,” Franklin wrote, “the NCAA Office of Inclusion will release the second edition of a Transgender Student-Athlete Participation Guide in April. We will also host our annual NCAA Inclusion Forum in Indianapolis April 16-18. The Forum’s program includes sessions for membership leaders on best practices to support LGBTQ students.”

“We are deeply disappointed by the lack of leadership and responsibility demonstrated in the response to our letter,” Windmeyer and Herrin wrote. “The NCAA is an organization with a stated commitment to fairness and inclusion of LGBTQ student athletes. Claiming that the Department of Education is to blame for the NCAA’s inability to divest from discriminatory member institutions, instead of owning up to their complicity, is not the kind of leadership we should expect from the NCAA.”

Mohler, president of Southern Seminary, said March 15 in his daily podcast The Briefing it will be “difficult for the NCAA to withstand this kind of pressure . . . because the NCAA, along with many other organizations,” has “done their very best to show that they are in sync with the LGBTQ agenda and that they intend to be an inclusive organization by that determination.”

Last spring, when Indiana adopted a Religious Freedom Restoration Act that allowed business owners to decline participation in same-sex weddings on religious grounds, the NCAA threatened to move a future NCAA men’s Final Four from Indianapolis, according to media reports. Amid pressure from the NCAA and other groups, the state adopted a “fix” to the bill excluding business owners from the religious liberty protections.

Mohler predicted, “The stage is now set for every meeting of the NCAA’s governing body to be an arena for conflict over this issue until the NCAA finally succumbs to this pressure. The question is, quite honestly, whether that’s sooner or later. In all likelihood, it’s going to be sooner.”

Steve McConkey, president of the sports-based ministry 4 WINDS Christian Athletics, predicted in a news release that “Christian universities under the NCAA will now be under attack.”