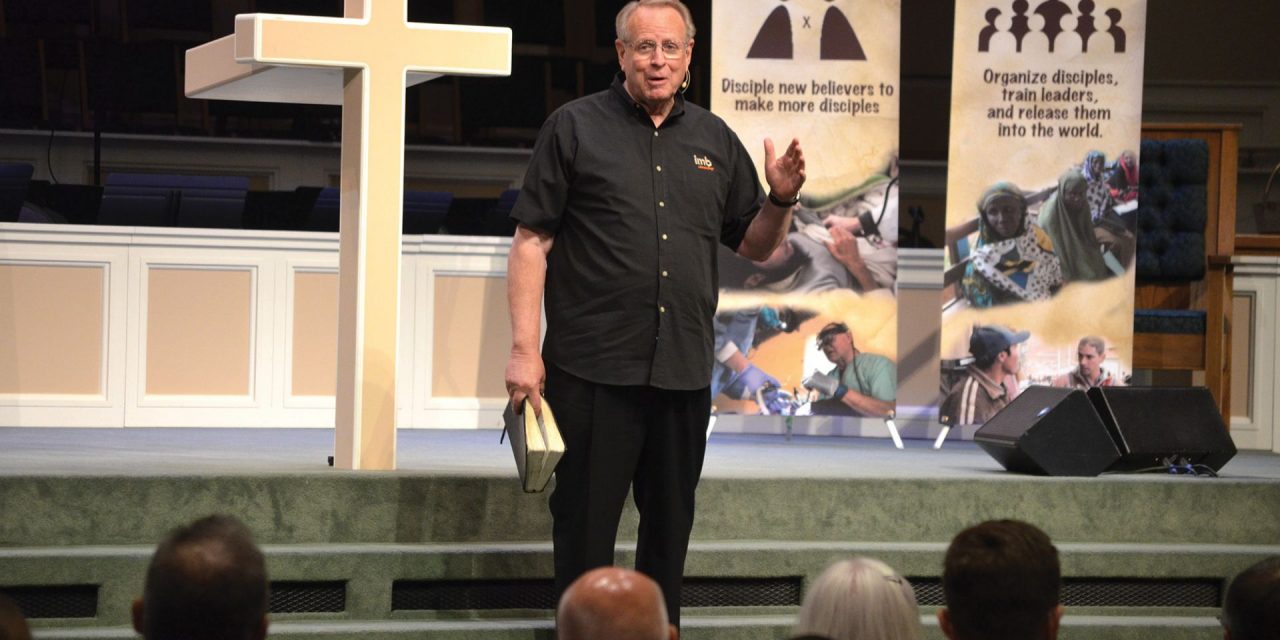 SHAWNEE (BP)—A ministry legacy stretching over 50 years as a pastor, missionary and missions leader will serve as the backbone for the Tom Elliff Center for Missions, officially launched Jan. 24 by Oklahoma Baptist University (OBU).

Elliff retired in 2014 after three years as president of the International Mission Board (IMB). Prior to that, he had served from 2005-09 as the organization’s senior vice president for Spiritual Nurture and Church Relations as well as a missionary to Zimbabwe in the early 1980s.

A pastor the majority of his ministry, the heart of that time was spent for 20 years at Del City, First Southern. Thirty minutes from the OBU campus, connections strengthened during that time as First Southern students would move on to Shawnee as OBU students attended the church.

Although Elliff himself graduated from a different OBU—Ouachita Baptist in Arkadelphia, Ark.—his grandfather, A.P. Elliff, went to Oklahoma Baptist as did three of his children. Three of his grandchildren are current students there.

“I have a real appreciation for the school and the fact that they send so many missionaries throughout the world,” Elliff said. “(OBU President) Dr. (Heath) Thomas had talked to me about this for several years, and I really like their vision of multiplying churches and training students for the mission field.”

Thomas shared in that appreciation.

“This center will enhance our missions education at OBU through forums and mentorship, facilitate growth through scholarships, recruit students and partners and connect churches to OBU and the world,” Thomas said. “Tom is a passionate advocate for advancing the Gospel and this center in his name carries that same passion for Gospel advance in our day.”

Instructors at the center bring a wealth of experience. Elbert Smith will direct and serve as assistant professor of missions while Mike Hand will be a special assistant to Thomas for great commission initiatives. Elliff will be a lecturer, mentor and facilitator in missions.

An OBU graduate, Smith was a church planter in Mexico before moving on to become director of field personnel orientation for the IMB. In that role, he trained more than 7,600 IMB missionaries from 2004-2019. Smith was an international trainer at the Global Training Centre in Redhill, United Kingdom, before beginning his role at OBU on Feb. 1.

Hand was a pastor for 35 years before joining the IMB as a special assistant to the president and church missional specialist. In 2016 he made the transition to serve Oklahoma Baptists as a partnership mission strategist.

The center will work in tandem with students taking part in one of two OBU programs—the Bachelor of Arts in global marketplace and Bachelor of Arts in cross-cultural ministry—through on-campus mission forums led by leaders in the field. OBU cited a “generous ministry partner” as funding the work of the center and providing resources.

The center’s partnership with OBU’s Avery T. Willis Center for Global Outreach and bent toward practical application of missions excites Elliff the most.

“It focuses on training, not just exposing them to missions,” he said. “To have Elbert here doing this is a dream come true. Students involved in this study track will have served on four different continents by the time they graduate and have an incredible exposure to missions.”