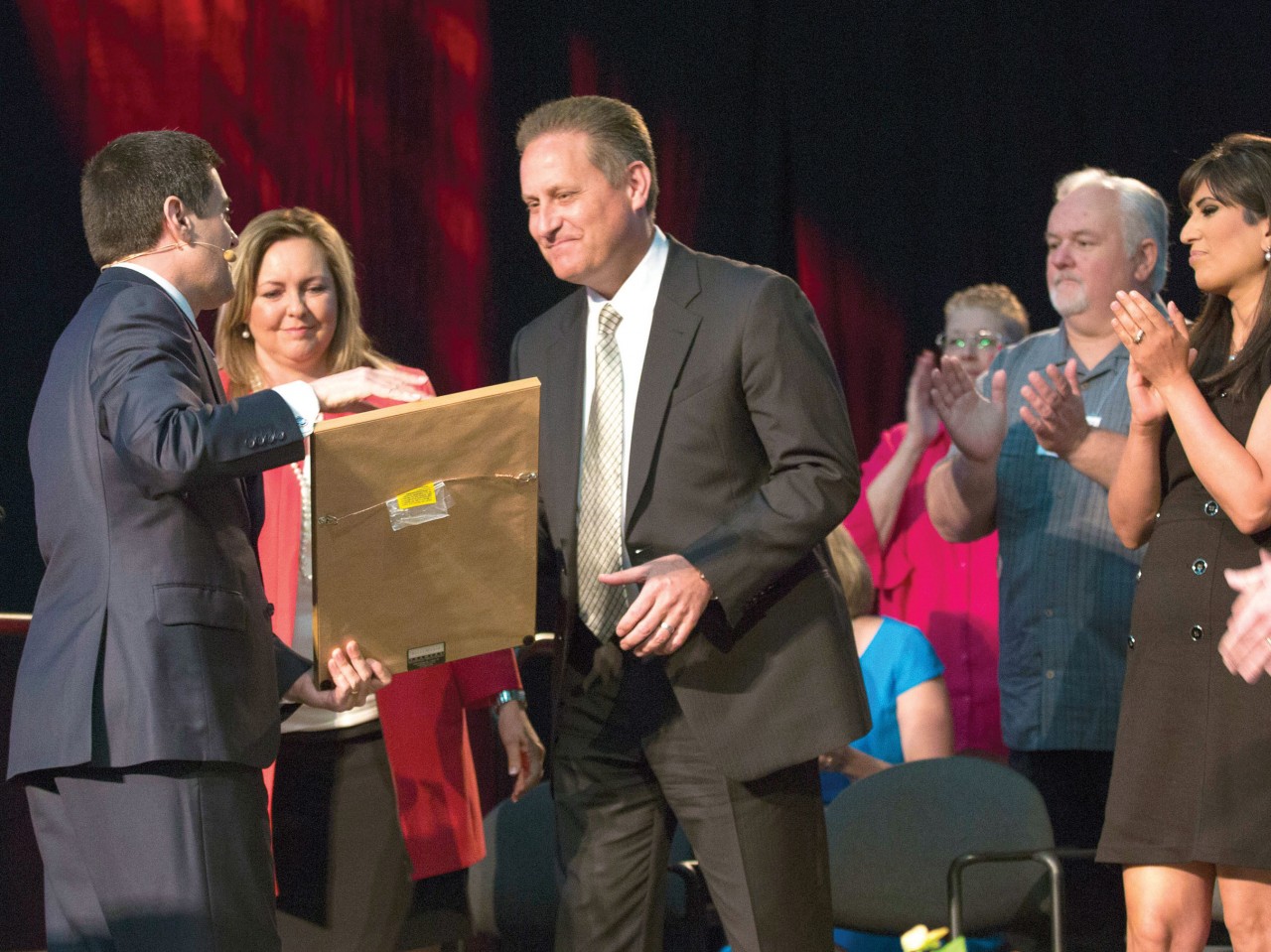 BALTIMORE, Md.—Russell D. Moore, president of the Ethics & Religious Liberty Commission of the Southern Baptist Convention, initiated a time of prayer during his ERLC report for the Green Family of Hobby Lobby and Saeed Abedini for their heroic efforts in fighting for their faith and religious liberty around the world.

Ronnie Floyd, president-elect of the SBC, led the prayer for Abedini’s release and courage as he continues to fight for his faith from an Iranian prison. He also prayed for a favorable Supreme Court decision for religious liberty. Floyd was joined on the stage by Moore; Fred Luter, SBC president; Frank Page, president of the Executive Committee of the SBC; and a group of ERLC trustees and staff.

Moore awarded the Green Family of Hobby Lobby with the John Leland Religious Liberty Award for demonstrating a commitment to religious freedom. He also awarded Abedini the Richard Land Distinguished Service Award for his exemplary service and faithfulness to the kingdom of God. His wife, Naghmeh Abedini, received this award on his behalf.

Moore described the Green Family as a “winsome and joyful gospel witness in the public square,” during his presentation.

In reference to Abedini, Moore said the “ERLC gladly awards him for his faithful commitment to Christ.”

In the ERLC report, Moore told Southern Baptists that Christianity will “sound increasingly strange and freakish to the culture around us.”

This was Moore’s second presidential address to the SBC since becoming ERLC president in 2013.

Throughout the last year, Moore said the ERLC filed amicus briefs on behalf of marriage, public prayer and religious freedom against the HHS mandate.

“We’ve worked in the United States Congress to speak out for the unborn, and for protection for these little ones endangered by a culture of death,” Moore said. “When the Supreme Court stepped toward legalizing same-sex marriage, we mobilized to equip churches to think biblically what this means for evangelizing our neighbors, for protecting religious liberty, for rearing children in a world in which even the word ‘marriage is contested.’”

Moore said Southern Baptists must equip the next generation for a “world where following Christ will be seen as strange and maybe even subversive.”

Moore ended his report by saying the ERLC will continue to equip Southern Baptists and other evangelicals with the Gospel.

“We are ready to answer a questioning culture about what we believe about moral principles,” Moore said. “But we don’t stop there. We also say, ‘Yes, and we believe even stranger things than that.’”