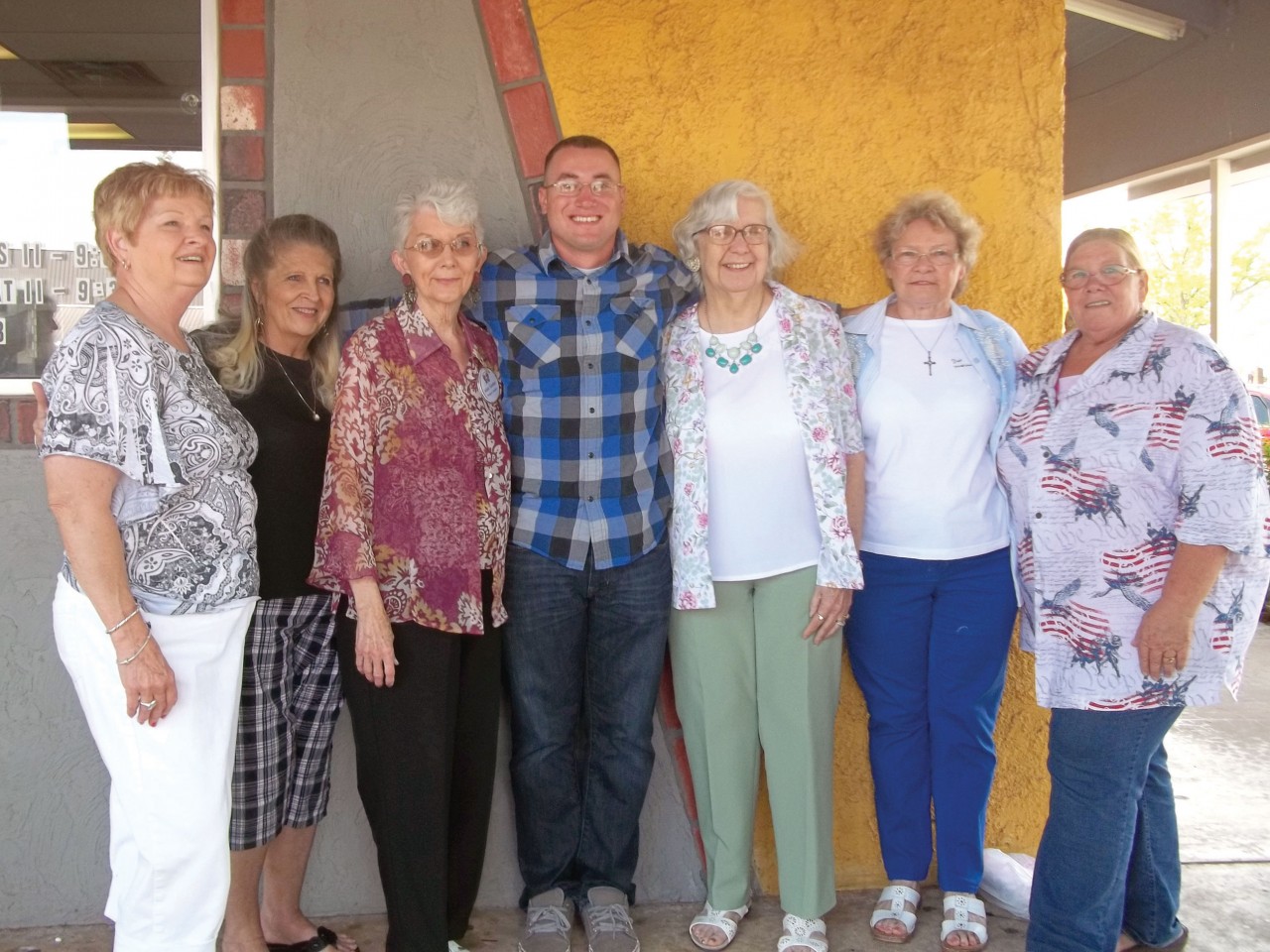 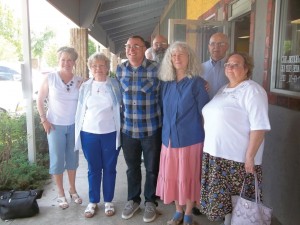 In January 2013, the Baptist Messenger featured a story on a ministry group called the Soldier Card Project from Midwest City, Meadowood. The team of ladies meet weekly, making cards to send to military personnel overseas.

Now in its third year, the Soldier Card Project continues to send thousands of cards, thanking military personnel for their service. Last September, Jolane Gardner, the leader of the card ministry, received a thank you email from Sgt. Mitchell Jones, who was serving in Dubai, letting the card team know their cards were received and appreciated.

This spring, Gardner emailed Jones to see if another package would be welcomed.

“To my great delight, he emailed back that he was back in the states… in fact, in Lawton,” she said. “We corresponded, and decided it would be nice if we could all meet. So the soldier picked a date, and 15 happy people greeted our special soldier. What a great day!”

Jones also was able to meet members of the Blue Star Mothers, who were responsible for putting together packages that included the “Soldier Cards” to be mailed overseas.