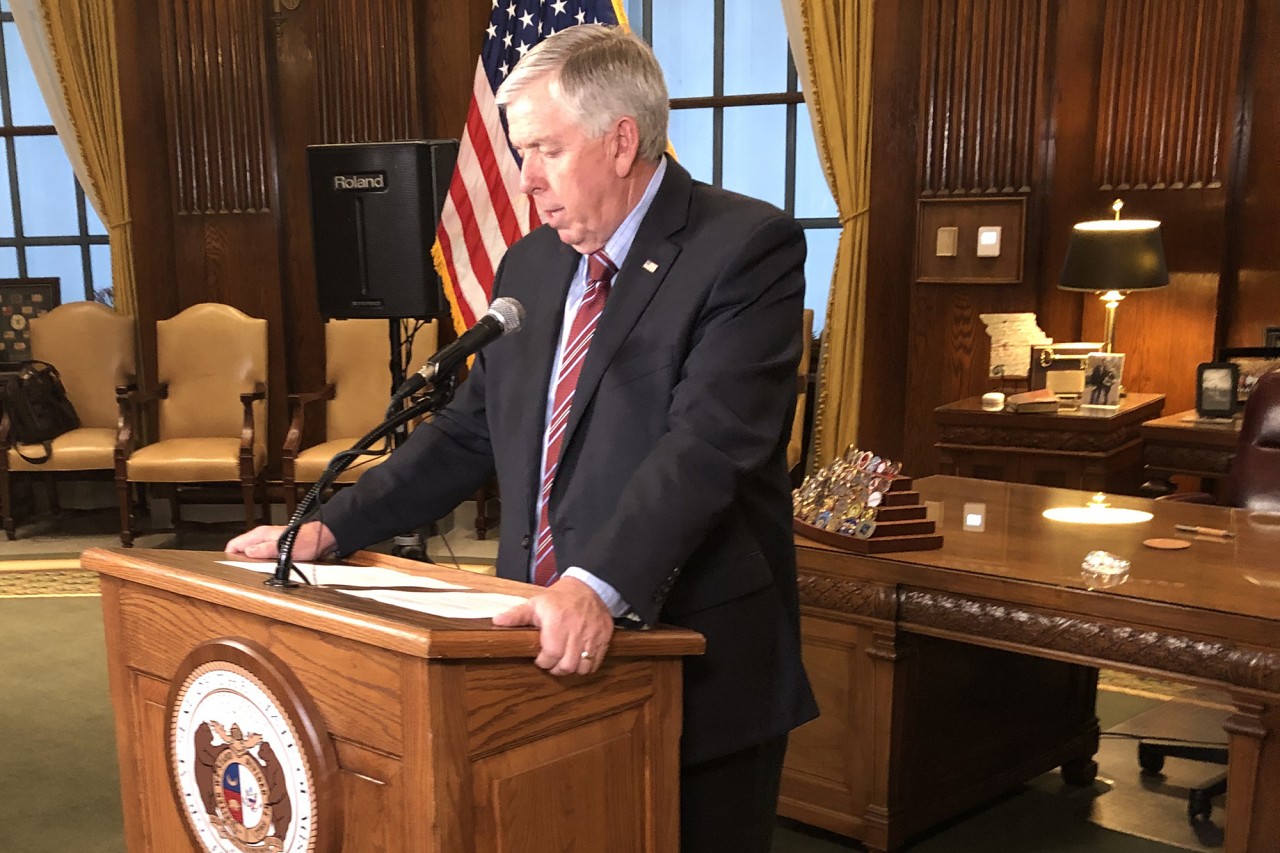 JEFFERSON CITY, Mo. (BP) — Missouri has joined the list of states that have acted in 2019 to protect unborn children early in their development, and Louisiana is poised to do the same. 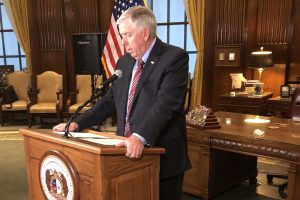 Missouri Gov. Mike Parson, a Southern Baptist, signed into law May 24 a bill that prohibits abortion after eight weeks of gestation. Louisiana Gov. John Bel Edwards — rejecting the abortion-rights allegiance of his Democratic Party — announced May 29 he would sign legislation to ban abortion when a fetal heartbeat can be detected, which can be as early as six to eight weeks.

Five states already have enacted laws this year to bar abortion early in pregnancy. Alabama Gov. Kay Ivey signed May 15 a ban on abortion throughout pregnancy with an exception solely “to prevent a serious health risk to the unborn child’s mother.” Georgia, Kentucky, Mississippi and Ohio have enacted heartbeat laws similar to Missouri’s measure.

“We continue to be grateful for the momentum moving through state legislatures to protect the unborn,” said Russell Moore, president of the Ethics & Religious Liberty Commission, in written comments for Baptist Press. “Legislation like the recent bill signed into law in Missouri is written to uphold the dignity of the most vulnerable among us.

“Scripture calls us to love our neighbor as ourselves,” Moore said. “This means we must advocate for policies that protect and promote the dignity and worth of both women and their unborn little girls and boys. Those of us in the pro-life community will continue to press on toward the day when abortion is unimaginable — because the humanity of the child is undeniable.”

John Yeats, executive director of the Missouri Baptist Convention (MBC), said May 17 after final legislative action that his state’s measure “was important — not for legislators, not for the governor, not for Missouri economics — but for yet-to-be-born children.”

Yeats told The Pathway, the MBC’s newsjournal, his family and he are grateful “for the fortitude of our pro-life Senators and our pro-life Governor to place Missouri among those states that are known for making a safe haven for little girls and boys living in their mother’s womb.”

Upon signing the bill, Parson, a member of First Baptist Church in Bolivar, said in a written statement, “We are sending a strong signal to the nation that, in Missouri, we stand for life, protect women’s health, and advocate for the unborn. All life has value and is worth protecting.”

The number of abortions in Missouri has declined from more than 20,000 about four decades ago to 3,903 in 2017, the most recent year for which state statistics are available online.

Missouri’s new law, which includes an exception for medical emergencies, also consists of several other provisions, such as a ban on abortions on the basis of ethnicity, sex or Down syndrome diagnosis. The Senate approved the legislation in a 24-10 vote, while the House of Representatives passed it by 110-44.

Missouri is on the cusp of possibly being the only state in the country without an abortion clinic. The license of the lone remaining clinic — a Planned Parenthood center in St. Louis — will expire May 31 if it fails to comply with a state investigation or a court fails to intervene.

Louisiana’s House approved its heartbeat bill introduced by a Democrat in a 79-23 vote Wednesday (May 29). The Senate voted 31-5 for the measure.

Later May 29, Edwards released a statement saying he had been “true to my word and my beliefs on this issue,” after being a pro-life legislator for eight years and running for governor as a pro-life candidate.

“As I prepare to sign this bill,” Edwards said, “I call on the overwhelming bipartisan majority of legislators who voted for it to join me in continuing to build a better Louisiana that cares for the least among us and provides more opportunity for everyone.”

The actions in Missouri and Louisiana are the latest in a legislative year marked by a flurry of state measures that range from several states outlawing abortion early in pregnancy or regulating the procedure to New York’s expansion of abortion rights.

The activity in the states comes as abortion rights advocates issue warnings about a U.S. Supreme Court that has apparently become more conservative with the confirmation of two nominees by President Trump. They fear the current court could overturn the 1973 Roe v. Wade opinion, which struck down all state abortion bans and legalized the procedure throughout the country. Meanwhile, pro-life legislators are seeking to enact further protections for unborn children and the women considering abortion that will be found acceptable by the high court and possibly lead to the reversal of Roe v. Wade.

Heartbeat bills have not succeeded in all states where they gained legislative approval. The governors of Montana and North Carolina have vetoed heartbeat bills, and Wisconsin’s governor has threatened to veto such a bill if it reaches his desk.

Among the many pro-life measures enacted, Arkansas and Utah have adopted abortion bans after 18 weeks.

New York’s law — enacted in January — not only legalizes abortion until the moment of birth, but it permits the death of babies who survive the procedure, according to Americans United for Life.

Illinois’ House passed May 28 an abortion rights bill that is more radical even than New York’s law, according to a spokeswoman for the pro-life Susan B. Anthony List. If the Democratic-controlled Senate approves the measure, Democratic Gov. J.R. Pritzker is expected to sign it into law.

A Rhode Island Senate committee has put a hold on a New York-style bill.

The Supreme Court affirmed Roe v. Wade in a 1992 opinion but also ruled states may regulate abortion to protect the lives and health of women.