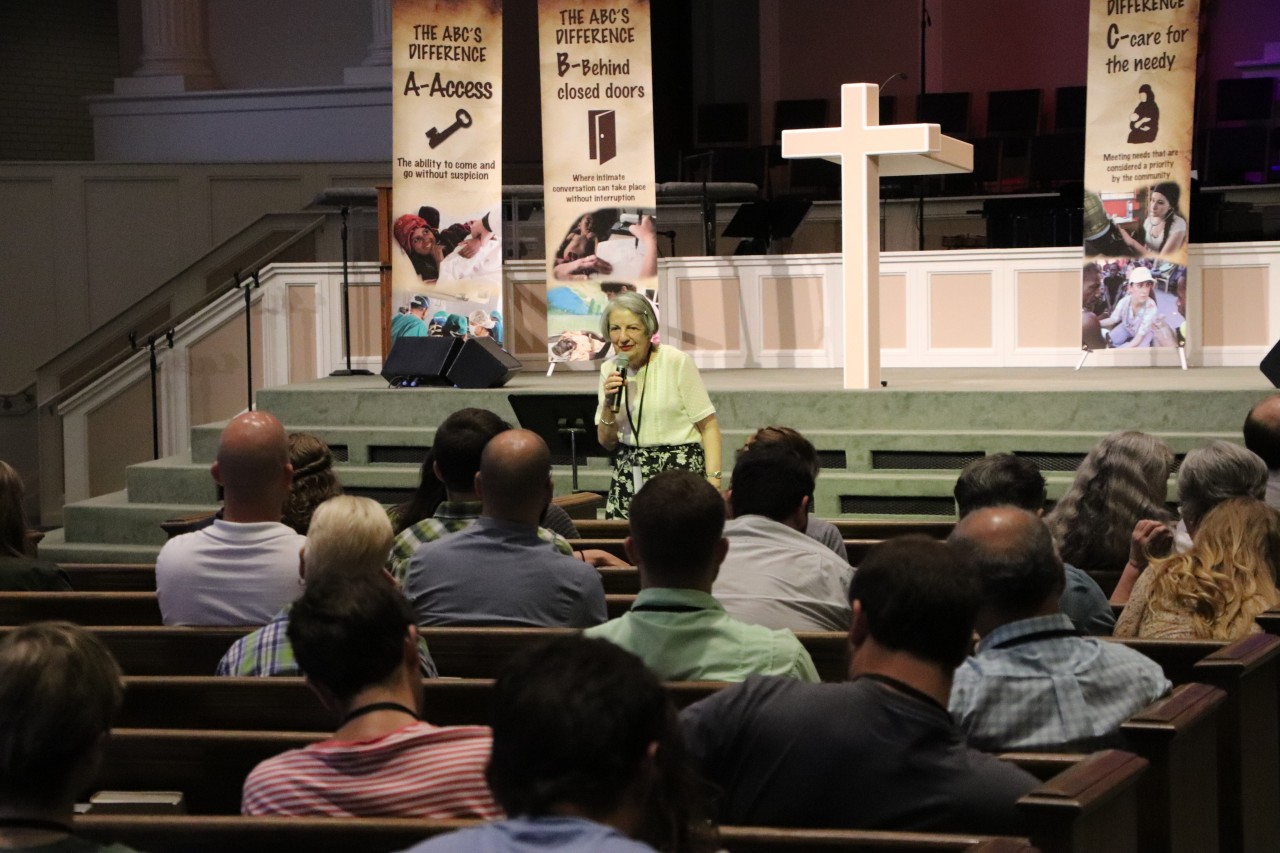 Medical professionals and medical missionaries met together to discuss how to share the Gospel and care for health needs around the world. This happened July 18-20 at Oklahoma City, Quail Springs with the MedAdvance conference, which is part of Southern Baptists’ International Mission Board (IMB) strategy to introduce medical missions opportunities to Southern Baptist healthcare professionals.

Nearly 300 doctors, nurses and other medical professionals and students, as well as others who are interested in healthcare mission work, attended MedAdvance, which is an annual event. This is only the second time MedAdvance met outside the Richmond, Va., area, where IMB is headquartered.

“We are so grateful for Oklahoma Baptists inviting us,” said Rebekah Naylor, IMB global healthcare strategies consultant, who served as overseer of MedAdvance. “This year’s conference has set a high standard, as far as attendance and provisions. This is a model for how a conference at a church could effectively work.” 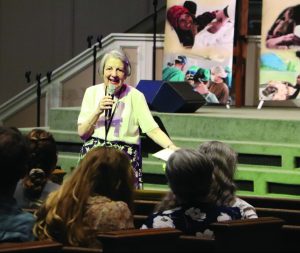 Rebekah Naylor, IMB global healthcare strategies consultant, serves as the overseer of MedAdvance. She was pleased with the results of this year’s conference at Quail Springs Baptist Church in Oklahoma City. Photo by Brian Hobbs

MedAdvance has been meeting for more than 10 years. The only other location that hosted the conference was Augusta, Ga., but having MedAdvance in Oklahoma City this year exceeded expectations.

“We expected there would be a high concentration of Oklahoma and North Texas people coming, but that turned out not so much the case,” Naylor said.

MedAdvance leadership reported that attendees at this year’s conference came from 22 states.

MedAdvance features regular conference sessions, including breakouts, main sessions and field reports. One element that makes MedAdvance unique is the emphasis of networking and allowing medical professionals to have time to connect with more than 45 active healthcare professionals who represent the IMB and serve around the world.

“The most valuable part of the conference is the conversations that are taking place,” Naylor said. “Several of our missionaries have come from their work and are going back next week. The IMB brought them here. The conversations and connections that are made at MedAdvance are very important.”

Some of these IMB missionaries first learned about medical missions opportunities from attending a previous MedAdvance. Ray Anderson, minister of missions and evangelism at Oklahoma City, Quail Springs, elaborated on the uniqueness and effectiveness of MedAdvance.

“As far as participants, there’s not a lot on record about specific opportunities that people can take advantage of using their medical training, whether they are healthcare professionals or going to be in the future. There’s just not a lot of those opportunities established,” Anderson said. “But here (at MedAdvance), they can tell you about opportunities that maybe security concerns are keeping them from being widely communicated. Also, you’re connecting with people who, once they know your skill set, can find ways to use you. It opens the eyes of people in the church to ways that they can be used to do health strategies. I don’t think there is a better way to find opportunities to use medicine to advance the Gospel.”

Tom Elliff, former IMB president and Oklahoma Baptist pastor, spoke during the evening sessions of MedAdvance. He challenged attendees to listen to God and heed to His calling. 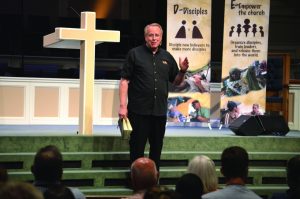 Tom Elliff speaks during an evening session at MedAdvance. Photo by Chris Doyle

Prayer times were observed throughout the sessions at MedAdvance. Led by Eleanor Witcher, IMB prayer office director, attendees spent time praying for many missionaries, as well as thanking and praising God for His blessings and attributes. 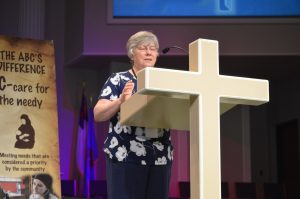 “Prayer is foundational to everything we do,” Witcher said. “We have heard that prayer is not part of the work. It is the work. If we do not approach our ministry overseas with a strategy of prayer then we are doing it in our own efforts, so prayer is seeking God’s face and asking for His guidance and direction in every step we take when we serve Him on the field.”

In one prayer observance, Witcher asked attendees to write an attribute or characteristic of God on a sticky note and place it on one of the boards hanging on the walls of the chapel at Quail Springs. In a later session, Witcher constructed a large cross from the boards that featured all the comments reflecting God.

Other notes of interest from MedAdvance

The conference received 92 commitment cards from attendees who are committed to pursuing medical missions. Of the 92 commitments, 54 are exploring a call to career missions or are already in process of appointment by IMB.