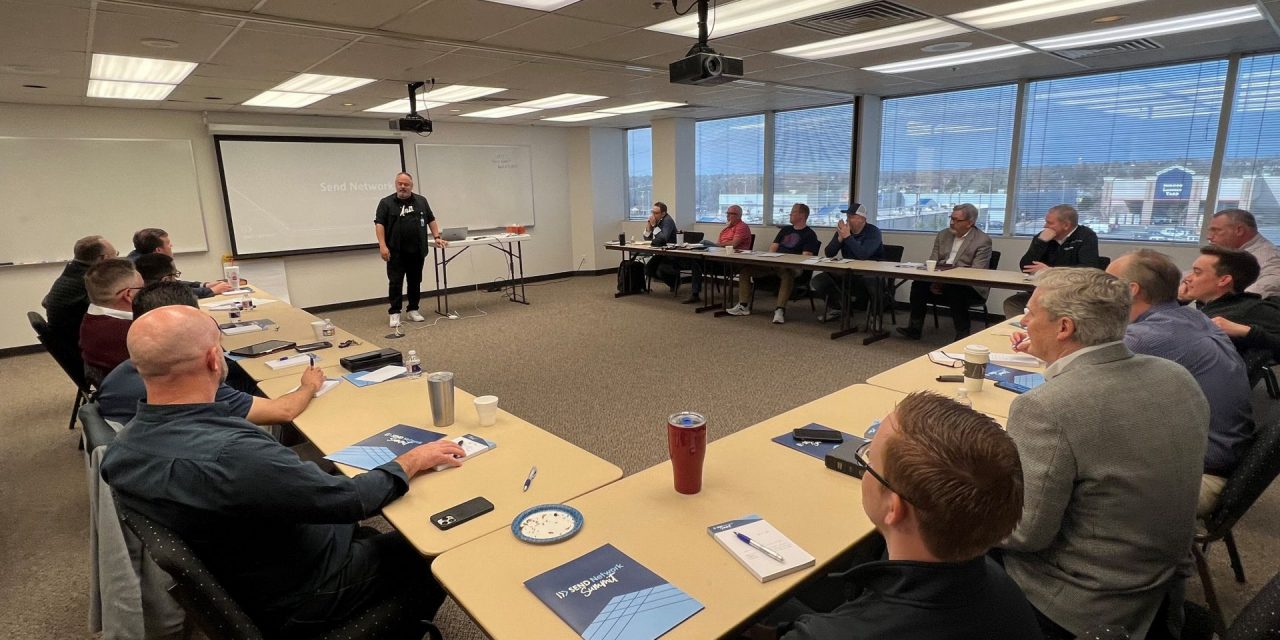 Above: Rusty Gunn leads a session during the Send Oklahoma Network Summit

Oklahoma Baptist pastors and other ministry leaders met recently in two events sponsored by the Send Oklahoma Network that were designed to plan and prepare ways to strengthen church planting in the state. 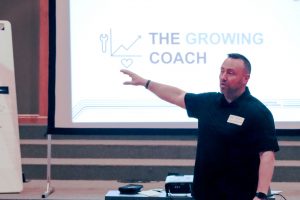 Send Oklahoma Network is organized through a partnership with Oklahoma Baptists and the North American Mission Board (NAMB).

Zach Folley, missions pastor at Lawton, First East, said the training will help him as he communicates with church planters affiliated with his church.

“We are in the process of developing church planters and future pastors,” Folley said. “The coaching training helps me understand better ways to communicate with missionaries and planters. This is helping us build upon what we already had and gives us a little more as we move forward and to reproduce it as well.”

The other church planting event was the Send Oklahoma Network Summit, which met March 30 at the Baptist Building in Oklahoma City. The summit helped cast the vision for greater church planting in the state and drew 24 attendees, including state convention leaders, pastors and directors of mission from across the state.

“Since 2015 the NAMB Send Network has put together three components that have solidified the strength and success of Southern Baptist church planting, “ said Rusty Gunn, Send Oklahoma Network catalyst, who assisted in organizing both events. “First is the assessment process. Second, the training that is available, and third is the ongoing coaching of planters. These three components together have taken us from a 50 percent success rate to an 85 percent success rate.”

“These leaders helped us strategize church planting in the state,” Gunn explained. “Ultimately, church planting is based on evangelism and discipleship, and we looked at a number of tools that are offered through the Send Network for churches and associations to use that will help facilitate discipleship within the churches with the goal of sparking people to recognize their calling into ministry, then help equip them and send them out as pastors, missionaries and church planters.”

In the meeting, leaders also identified key locations around the state that are in particular need of church planting.

“We laid out a map and put some dots on the map where church plants are needed,” Gunn reported. “Those leaders in the room also took ownership to say they are going to engaged in helping get churches planted in those areas.”

Gunn, who is pastor of Sand Springs, Church That Matters, explained that the needs in a few locations stood out to the group. “Durant is one area where metro areas in Texas are sprawling out and people from there are crossing over into Oklahoma,” he said.

Gunn said that these are not the only areas in the state with church planting needs.

“Church planting is needed wherever there are people,” Gunn said. “In our state, I think the last statistics showed 80 percent of the people in Oklahoma are unchurched. In my city alone, if we could reach all the people in Sand Springs, we would need 355 average-sized (around 100 members) new churches to reach all of the people in just my city.

“If we had churches the size of the top 10 percent of churches in North America, with 200 people or more members, then we would need 106 new churches in my city. We don’t have enough churches to reach all the people. Therefore, wherever there are people, we need new churches,” Gunn concluded.

To learn more about the Send Oklahoma Network visit oklahomabaptists.org/sendnetwork.