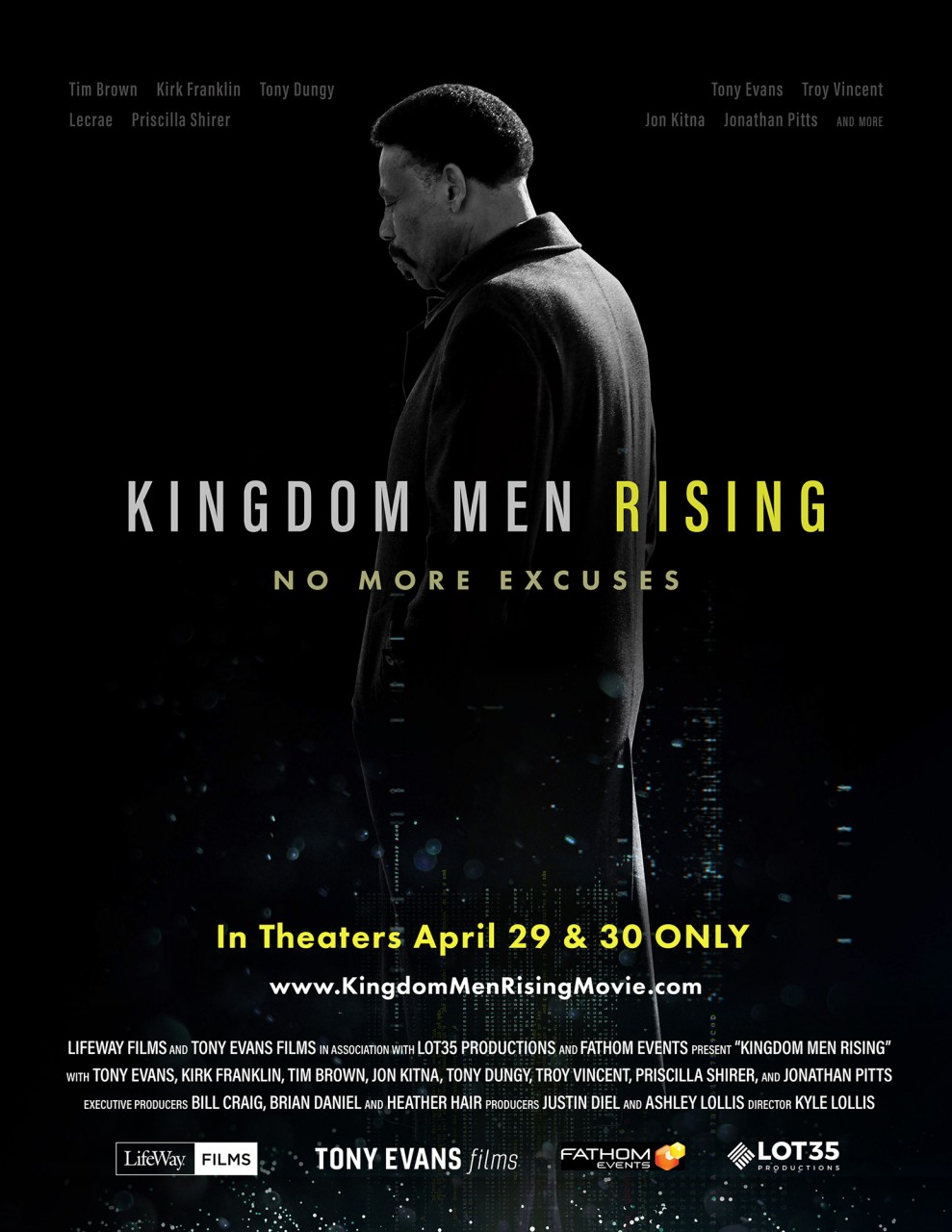 NASHVILLE (BP) — Society may be confused about the true definition of manhood, but pastor and author Tony Evans said God’s Word is clear.

The Bible, he says, reveals what God expects from men, even if the cultural tide is swimming in the opposite direction.

Evans hopes an upcoming theatrical movie, “Kingdom Men Rising,” helps transform everyday men into the “biblical men” God wants them to be. The documentary film is an extension of two of his books, “Kingdom Man” and “No More Excuses,” and will address the current state of manhood before examining what God requires of men.

Presented by LifeWay Films and Tony Evans Films, in association with Fathom Events, Kingdom Men Rising is in movie theaters nationwide for two nights only — April 29-30. A companion Bible study, No More Excuses, will be released in May.

The film is aimed primarily toward men, although wives and mothers are invited, too, say the filmmakers. Evans hopes men’s groups purchase tickets in blocks.

“We want men to clearly understand the biblical definition of manhood and not the cultural definition of manhood,” Evans said. “And when they understand it, we want them to begin actively moving and making the changes necessary to become that kind of man. And then we want every man to be a mentor to another man who wants and needs to become that kind of man.”

Evans separates “biblical manhood” from “cultural manhood,” which he says can be defined several ways but always strays from Scripture. The definition of cultural manhood varies — from the “man who doesn’t take his masculinity seriously,” to the “abusive man,” to the “undefined man” who doesn’t know his identity, Evans said.

“All of them should be shifted to God’s definition of man, which means a male who is consistently operating under the rule of God over every area of his life,” Evans said.

One of the film’s executive producers, Brian Daniel of LifeWay Christian Resources, said the timing for the movie couldn’t be better.

“We’re releasing Kingdom Men Rising into a culture that, we feel, really needs this message,” he said.

Daniel believes moviegoers will find the film inspiring and entertaining. It includes a barbershop scene in which Brown, Franklin, Evans and his two sons discuss the topic of masculinity. It took about half a day to shoot and was inspired by LeBron James’ TV series “The Shop.”

“It’s amazing content,” Daniel said of the footage of Evans and the others. “All these guys have had their trials and they’ve had their missteps, and they brought it all into that conversation.” 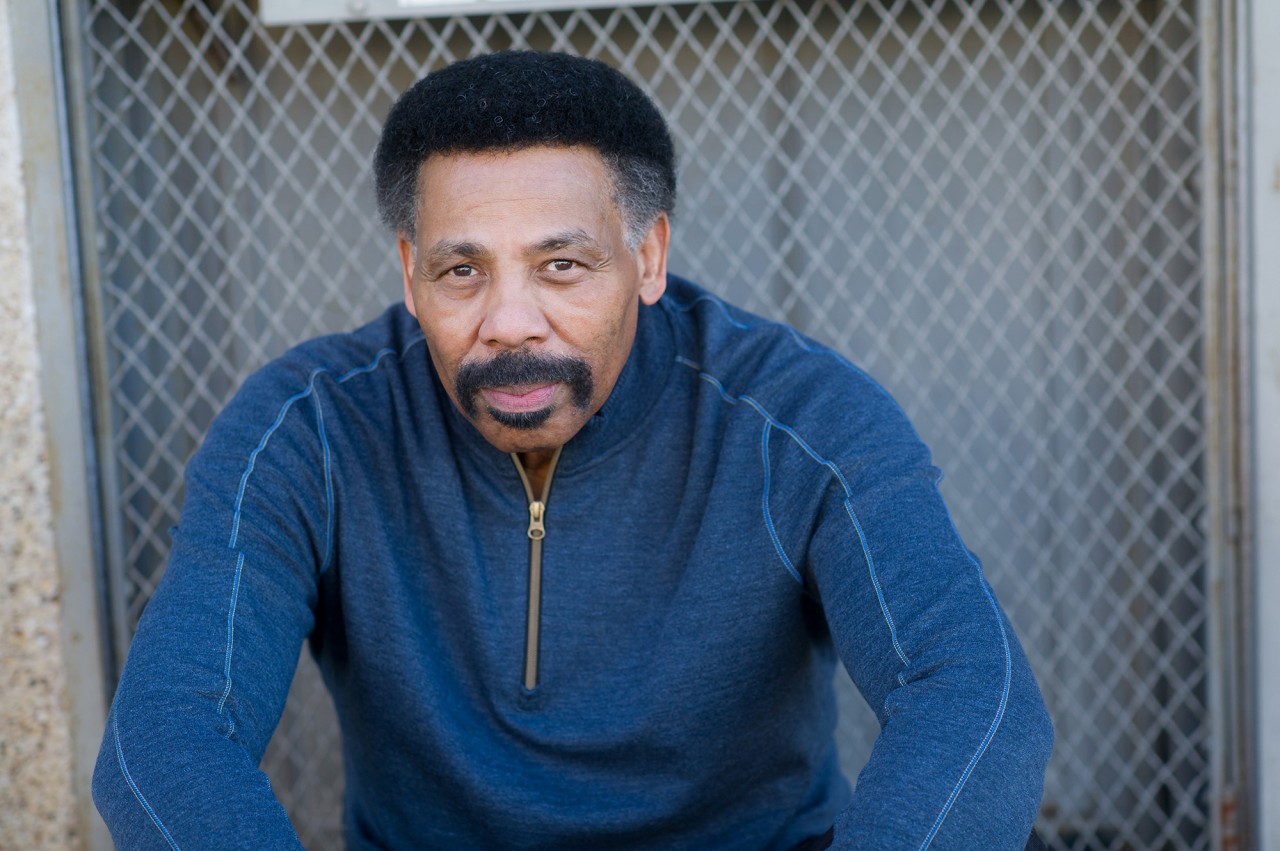 Historically, Daniel said, men “have had a fairly clear understanding of what their role is.” Yet over the course of the “last few decades,” that understanding has waned.

“When you start letting culture define things like masculinity — which God created for good — that’s where you’ve got a problem,” Daniel said.

“Kingdom Men Rising is a reorientation of what masculinity could be. It’s a re-imagining of a future for masculinity and manhood — and I would hope a reboot of our understanding of how men can contribute in a healthy way to the world that we live in.”

The culture, Evans said, has stripped men of their “divine responsibility” to be provider, protector and leader of the family.

“At the same time, men have made it easy for that to be stripped from them by how men have dishonored women, abused women,” Evans said. “So we have facilitated it, but that means it’s time for change.”

The movie, Evans said, is for Christians and unbelievers, too.