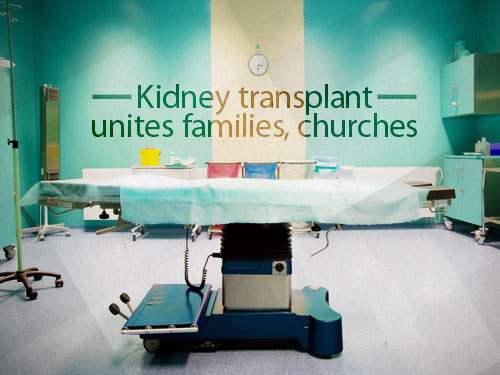 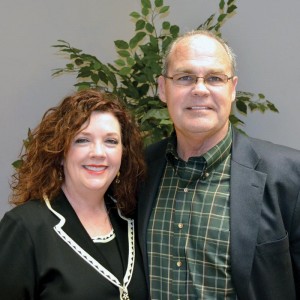 ADA—On Nov. 3, 2012, Jim York and Susan Mabra met for the first time. And, although they live 179 miles away from each other—York in Ada, and Mabra in Cheyenne—they have a connection that has since united their two families and the two Southern Baptist churches they attend.

That connection was one of hope for York and of heartbreak for Mabra, whose 21-year-old son, Jarod Martindale, had taken his own life on July 2, 2012. Jarod, a member of Reydon, First, was an organ donor, and as God ordained, was a perfect match for York, whose kidneys had been deteriorating since 2000.

“In 2000, I applied for additional life insurance, and got declined,” said York, himself a life insurance agent. “They said my kidneys were shutting down. I felt fine, but they said the tests showed that in a certain amount of time, I was going to lose the use of my kidneys, and I really needed to go see a specialist.

“So, I went to a urologist,  who referred me to a nephrologist in Oklahoma City. Long story short, she said I had some form of kidney disease, and they told me I would need a kidney transplant.

“I went into denial. I felt fine. I exercised every day. I did what I was supposed to do, and I felt no symptoms. I asked what the symptoms would be,  and they just said I would get sick. Well, I really didn’t, but I did start getting tired in the afternoons, and my energy level began to decline.” 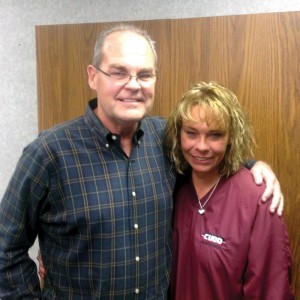 So, the search began to find a kidney donor. The odds were good that a match could be found from one of York’s siblings.

Three years later, York finally got a call that they had a kidney for him.

“But it was what they call high risk,” he explained. “They said the person was incarcerated and subject to communicable diseases. My wife, Donna, and I prayed about it, and decided that wasn’t the right match. But, it didn’t affect my position on the list. About three weeks later, we got another call, but it was another high risk, and we said no, again.

“I finally got a call on July 2, 2012. They said they had a perfect match for me and asked me to come up and have my blood work done. They said my donor was a 21-year-old male.”

That donor was Jarod Martindale.

“That was one of the hard things,” she admitted. “We had to learn to be patient and wait for God. But, we had so many people praying for us that when the first call came in, we knew it wasn’t the right one, and then, the second one, too.

As York’s health got worse, the couple kept on the alert, ready to head to the Nazih Zuhdi Transplant Center at INTEGRIS Baptist Medical Center in Oklahoma City when the right match was found.

“We had been packed and ready to go from the end of January,” Donna said. “We had prayed so hard for the Lord to send a kidney before Jim had to go on dialysis, and I knew we were getting close to that point.

“The third call came about six weeks later. We had walked together that morning of July 2 and sat on a bench praying in the park. He was so sick and I could see it. He went on home, and I went to my mother’s office. About 11:30, he called and said, ‘Can you come home now? I got the call.’ We called our case manager, and she said she had a perfect match for Jim.

“It felt like God had really heard my cry that morning. I just begged Him to intercede at that point. It was such a release. On the drive to Oklahoma City, I felt such joy, but I also felt such grief for someone I didn’t know because I knew that somewhere there was a mother whose heart was just breaking, and I couldn’t even imagine what she was going through.”

The kidney from Jarod was transplanted into Jim the next morning, July 3.

“They installed the new kidney on the right side of my abdomen, and left the others in,” the 60-year-old explained. “They weren’t diseased, so they left them in. I’m back to walking about three miles a day and it’s been such a blessing. I haven’t felt this good in 15 or 20 years.”

“It was very emotional. We pulled into the parking lot right up next to their car, and I knew when we parked it was them,” Jim said. “We got out, went to the door, and they were two or three steps ahead of us. The door was locked and Susan turned around and looked at me and said, “You’re Jim?” And we just hugged  and when we went inside, she had brought albums with photos of Jarod in them and we enjoyed looking at them.

“You have such tremendous joy, because I hadn’t felt this good in 15 years. But then, you feel the despair of the mother, which was just indescribable. Since that day, we’ve almost had daily contact with them. They have been an extension of our family.

Last Christmas, the Yorks’ Sunday School class presented the Mabrys with a Christms Tree covered with special ornaments, all dedicated to the memory of Jarod. The tree remains up all year long, Susan said.

“At first, meeting Jim and Donna was difficult, but as soon as I saw Jim, it was like a weight lifted off my shoulders,” Susan Mabra said. “I’ve always said, that If my son was standing next to God, and God gave him a choice of who to pick, he would have picked Jim.”

She cherishes the memory of her son’s short life.

“Jarod loved fishing, he hunted. He loved riding four-wheelers. He loved going to the river. He loved swimming,” she reminisced.

Since the transplant, the Yorks have worked with Susan to establish the Jarod Martindale Memorial Scholarship at Southwestern Oklahoma State University (SWOSU) in Weatherford, which Jarod attended. The scholarship is for Oklahoma high school graduating students applying to SWOSU using specific criteria established by Susan Mabra.

To help raise funds for the scholarship, which the Yorks already have raised $7,800 towards, the inaugural “Jarod Martindale’s 5K Run/Walk” will be held at 9 a.m., April 27 in Cheyenne. The event begins with a pancake breakfast and check-in from 7-8:30 a.m. at Cheyenne, First, 608 E. Broadway.

Also that weekend, about 40 members of Ada, Trinity and others from Cheyenne, First will do service projects in Cheyenne after the 5K run/walk is completed.

Called the “Naomi Project,” the work includes completing repairs to a widow’s home that were begun by her late husband, and cleaning up some other yards in the community.

Also, youth are going to pack backpacks for Camp Contagious in Soldotna, Alaska. The backpacks will contain a Bible, notebook, pen, snacks, insect repellent, rain poncho and a note of encouragement from  the student to the recipient.

That evening, the churches’ youth groups will have a combined worship service, followed by volleyball and fellowship. All of the volunteers will stay overnight and attend worship services at Cheyenne, First on April 28.