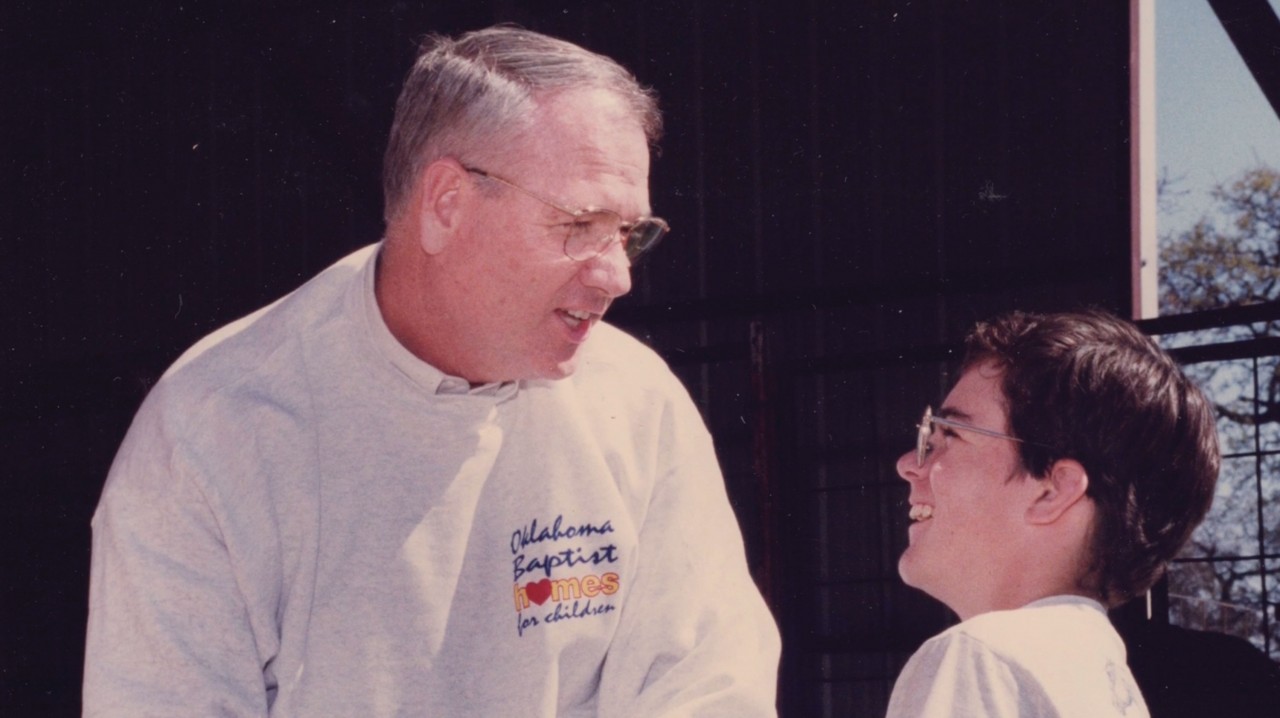 Tony Kennedy ends his time as president of Oklahoma Baptist Homes for Children (OBHC) in 2016. This week’s Baptist Messenger shares of his experience and accomplishments that have happened during his leadership at OBHC. 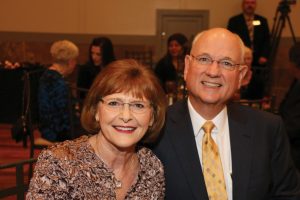 OBHC has been a ‘family ministry’ for Sheryl and Tony Kennedy.

“We can provide children with acceptance, encouragement, education and activities,” said Tony Kennedy, president of Oklahoma Baptist Homes for Children (OBHC), “but only God can move in their lives.  We don’t win every one of them, but we can pour life into every one of them.”

According to family, friends, and those who have worked closely with him over the 32 years, Kennedy has served OBHC faithfully; that’s exactly what this cowboy with a deep love for children has done, poured life into literally thousands of people through the coordinated efforts of the OBHC ministries he oversees.

Saved during a revival at his home church as a child and called to ‘special service’ at Falls Creek as a teenager, Kennedy has never wavered in his commitment to follow the Lord wherever He might lead. But, having witnessed the consistent faith of his parents in times of plenty and want, he continues to exhibit that same faith in the pursuit of his calling, exhibiting grateful stewardship of every role God has allowed Him to play in the Kingdom, both those in the public sector and those in a traditional ministry environment. In his wife Sheryl, he has found a true and committed partner in both life and ministry.

Kennedy taught vocational agriculture for more than a decade before he and Sheryl moved to OBHC’s Boys Ranch Town (BRT) in Edmond in 1984 with their three children, Leslie, Stewart and Erin.

With characteristic enthusiasm and faith some might have mistaken for naiveté, Kennedy poured himself into the new ministry role God had given him and never looked back.

“God called me,” said Kennedy. “I figured the rest was His responsibility, and He’d just have to work me.” Work Kennedy did, striking a rare and beautiful balance between work and family.

“We moved to BRT during a very pivotal point in my life,” said Stewart, Kennedy’s son. “I realized it wasn’t just dad’s ministry, but it was our family’s ministry.  I asked him one time what his hobby was, and he said, ‘You.  My favorite hobby is spending time with you and your sisters.’”

Erin, Kennedy’s youngest, added, “I always felt a part of his ministry, but I never felt it took over our nuclear family.”

“His job brought together his love of people and ministry,” said Leslie, Kennedy’s oldest. “As his daughter, I got to witness his servant leadership in our home…and I got to watch him mentor (others)…for 30 years.”

In 1997, Kennedy became president of OBHC.  Leading by example and with humility, Kennedy would not only challenge but also inspire those under his authority to serve with passion and consistency.

“Tony has a desire to see those around him do well,” says Jim Lehew, former OBHC chairman of the board and current OBHC advisor. “He invests in other people. With him, it’s always about other 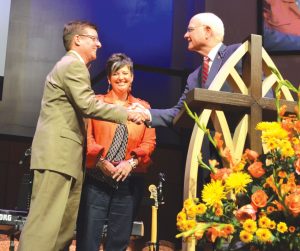 Larry Clemons, former OBHC employee adds, “Tony is sensitive to the Holy Spirit. He loves people. He was always concerned not only for the boys but for the people who worked for him.”

Retiring from OBHC, Kennedy leaves behind a legacy of light and growth. Under the leadership of this faithful servant, lives have been permanently changed for the better, lasting healthy professional relationships have been forged and a number of innovative and effective OBHC programs have been born such as agricultural training, Equine Assisted Training, Children’s Hope, independent living programs, Hope Pregnancy Centers, LifeWize and One Such Child, to name a few.

Anthony L. Jordan, executive director-treasurer of the Baptist General Convention of Oklahoma, said, “At the center of it all is Tony’s heart for children.  Tony eats, sleeps and breathes ministry to children. It has made OBHC what it is today.  The shape and focus and ministry of OBHC really goes back to Tony’s leadership. I have great respect for him.”

“Greg is a man of God,” said Kennedy, “chosen by God for this role.  He brings a spirit of humility and skill—boy, is he skilled! He’s young and strong.  If we’re running a relay, then the baton is passing into a strong hand.”

“The Bible tells us to give honor where honor is due,” said McNeece. “When you think of the number of boys and girls—and through our pregnancy centers, adults and unborn children—literally thousands of people have been impacted through his ministry, Tony Kennedy certainly deserves the honor of our saying, ‘Well done!’”