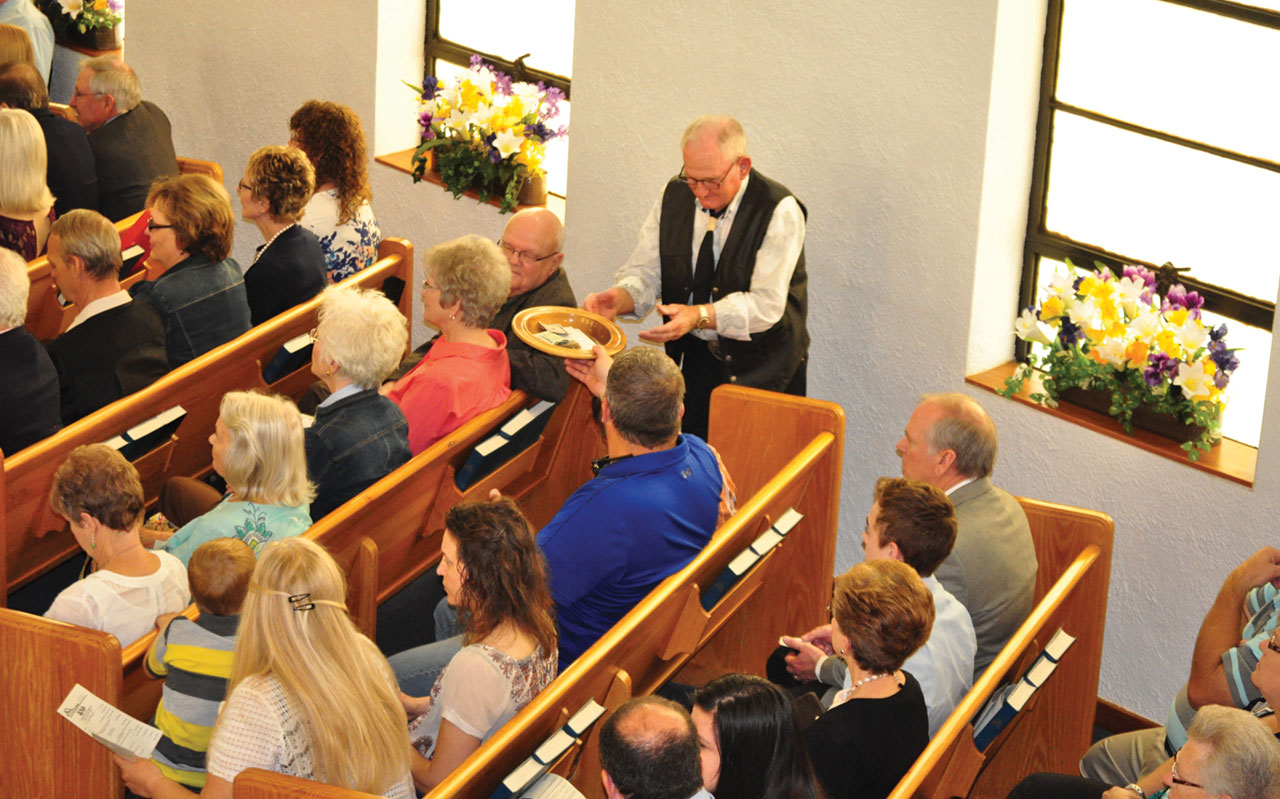 BOISE CITY—As 15 million Southern Baptists in 40,000 churches focus on a season of giving for international missions, every church—including the smallest among the collective group, Boise City, First— make an eternal difference in the gospel resounding to the ends of the earth.

In Oklahoma, 90 percent of the Southern Baptist churches have fewer than 100 people attend on an average Sunday. Boise City, First stretches to about 120 on a good Sunday, still notably smaller than the average church attendance of about 300 across the Southern Baptist Convention. 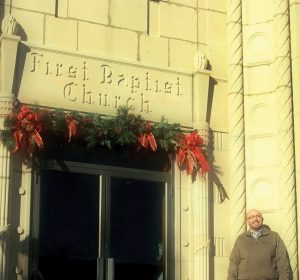 Trevor Bulls, pastor of Boise City, First, leads his church in being faithful supporters of the Lottie Moon Christmas Offering and international missions

In a county where there’s not even a stoplight, life can seem simple. But priorities for Southern Baptists in Cimarron County are clear, and a commitment to international missions is strong, evidenced by the small churches’ focus on the Lottie Moon Christmas Offering (LMCO).

“The Lottie Moon Christmas Offering is a significant part of our church’s involvement in International Missions,” Boise City, First Pastor Trevor Bulls said. “We will begin promoting the offering on Dec. 4, showing promotional videos each Sunday during our morning worship services in December, and will make the prayer guides available in our church bulletin for people to individually pray during the Week of Prayer for (international missions).”

Boise City, First will host an International Mission Board (IMB) missionary family as guest speakers in their Dec. 11 Sunday worship service to share about international missions work, to teach the congregation about missions, and to promote the Lottie Moon Christmas Offering.

The church’s month-long focus on international missions will continue with a showing of “The Insanity of God” movie on Sunday, Dec. 18, during the evening worship service.

In a church where resources are limited and staff is stretched thin—Bulls is joined by Tim Baldridge, minister for worship, as the church’s official staff—such a commitment to missions is notable. But the members of Boise City, First see missions as a core responsibility as part of Christ’s Church.

“The Lottie Moon Christmas Offering is very important in the life of our church,” Bulls said. “It is the primary means by which our church is able to participate in international missions. We live in a very rural and isolated area. Our ability to be involved in missions efforts is somewhat limited simply because of our location. The LMCO enables our church to be connected to the international missions efforts of Southern Baptists.”

Bulls noted that for the church, the Lottie Moon Christmas Offering represents not only a time of giving, but also a time of praying for international missions. December is also a concerted time, he said, for “educating ourselves, and the next generation, of the importance of the Great Commission call upon the life of the Christian.”

“I see these two groups at work: You’ve got a group of churches that are praying, giving and sending out missionaries, and a group of missionaries, then, who are spreading the Gospel in some of the hardest, most difficult, dangerous-to-reach places in the world, and together, there’s a unity there that is resounding to the glory of God,” IMB President David Platt said in the video titled 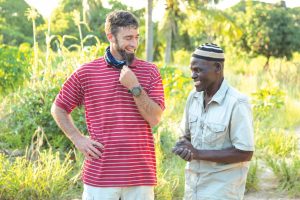 IMB missionary Brian Harrell visits with Makhuwa Nahara man in Mozambique. Harrell and his family rely on the Lottie Moon Christmas Offering and prayers of Southern Baptists, such as the members of Boise City, First, to sustain them in their work on the mission field

As churches partner together to take the Gospel to unreached people and places, Bulls sees the effort founded in a desire for every church member to play his or her part in the Great Commission.

“It is always my prayer, that through all of these efforts, the Lord would call from amongst our children and youth the next generation of missionaries and pastors,” he said. “I’m grateful for the materials that the IMB makes available to small, rural churches to help us engage our people in missions, teach our people about missions, pray for missions and labor to raise up new missionaries! Our church could not do these things on our own.

“Were it not for the International Mission Board and the LMCO, it would be almost impossible for our small rural church to be a part of taking the gospel around the world. Our church is grateful for the opportunity to participate in the Great Commission through the LMCO and the IMB.”

To find resources such as videos, stories, photos and leader guides to help lead your church in giving to support international missions, visit IMB.org/LMCO. The national goal is $155 million. In addition to Cooperative Program giving, LMCO gifts enable missionaries to be sent to make disciples and multiply churches among unreached peoples and places for the glory of God.