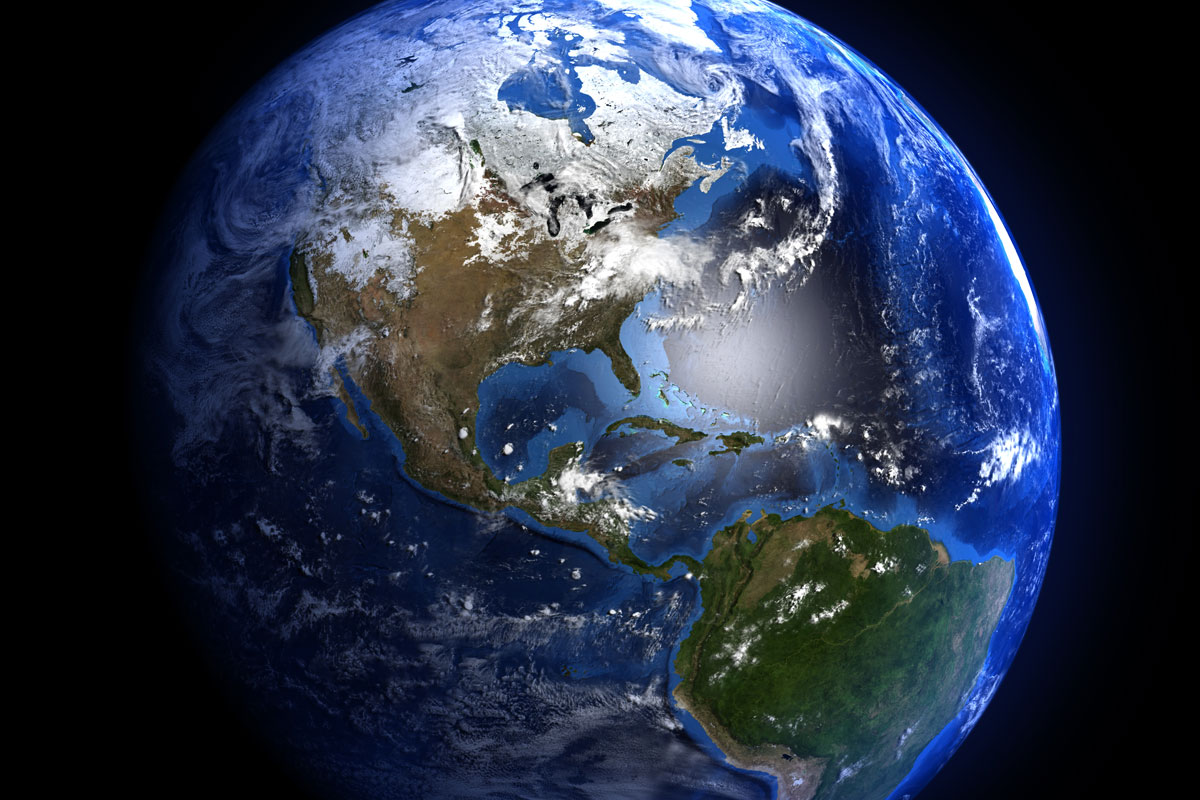 PETERSBURG, Ky. (BP) — Hundreds of thousands of people comprised an international audience to watch a debate between creationist Ken Ham and evolutionist Bill Nye, demonstrating a vibrant interest in origins in an era when many consider the topic settled science.

“The battle is really about authority. It’s more than just science or evolution or creation. It’s about who is the authority in this world, man or God?” Ham, founder of Answers in Genesis and the Creation Museum, said Feb. 4 during a debate he hosted in Petersburg, Ky., with Nye, known on television as “The Science Guy.” The event was streamed live online.

“If you start with naturalism, then who decides right and wrong? Well, it’s subjective,” Ham said. Marriage becomes “whatever what you want it to be.” Euthanasia and abortion also become acceptable because “we’re all animals.”

“But if you start from God’s Word, there are moral absolutes. God decides right and wrong. Marriage: one man and one woman. Sanctity of life: we care for old people; they’re made in the image of God. Life begins at fertilization, so abortion is killing a human being,” Ham said, explaining how a person’s view of the origins of life impacts all of life.

Ham distinguished between the way scientists determine what happened in the past and the way they investigate phenomena in the present, calling the two fields “historical science” and “observational science.” Creation, as described in the Bible, he said, is the only viable model of historical science when it comes to origins.

“People by and large have not been taught to look at what you believe about the past as different from what you’re observing in the present,” Ham said. “You don’t observe the past directly.”

Nye, CEO of the Planetary Society, said mainstream science makes no distinction between historical science and observational science. “These are constructs unique to Mr. Ham,” he said, adding that the same natural laws apply to the past and the present.

Nye claimed that if students are taught creation as a viable model of origins, then the U.S. economy will suffer because America will lag behind other nations in technological advancements.

Ham cited several accomplished scientists and inventors who embrace the creation model, and he asked Nye to name one piece of technology that could only have been developed starting with a belief in molecules-to-man evolution.

Nye, an agnostic, made a case for what he called the absurdity of “Ken Ham’s creation model.”

“Mr. Ham and his followers have this remarkable view of a worldwide flood that somehow influenced everything that we observe in nature — a 500-foot wooden boat, eight zookeepers for 14,000 individual animals, every land plant in the world underwater for a full year. I ask us all is that really reasonable?” Nye said.

Fossils found in limestone in Kentucky, for example, prove the earth is much older than Ham allows, Nye said. “We are standing on millions of layers of ancient life. How could those animals have lived their entire life and formed these layers in just 4,000 years?” he said. “There isn’t enough time since Mr. Ham’s flood for this limestone that we’re standing on to have come into existence.”

The Bible is not “a more reasonable assessment of the natural laws we see around us than what I and everybody in here can observe,” Nye said, calling such a view “unsettling, troubling.” Nye charged Ham with holding a “magical” notion that natural laws have not always operated in the same way, an apparent reference to Ham’s view that God intervened in the world supernaturally at key points in history.

In the debate over origins, Ham said the terms need to be defined correctly. “I assert the word ‘science’ has been hijacked by secularists in teaching evolution to force the religion of naturalism on generations of kids,” he said.

“… We see the collapse of Christian morality in our culture and increasing moral relativism because generations of kids are being taught the religion of naturalism and that the Bible can’t be trusted,” Ham said.

Creationists and evolutionists work side-by-side on medicines, vaccines and other innovations, Ham said. “It doesn’t matter whether you’re a creationist or an evolutionist. All scientists have the same experimental, observational science.”

Where he and Nye differ, Ham said, is in their starting points as they try to interpret the evidence for how life began — something they didn’t witness.

R. Albert Mohler Jr., president of Southern Baptist Theological Seminary, was among those at the debate, afterward writing that “the problem with human reason is that it, along with every other aspect of our humanity, was corrupted by the fall.”

“Our sin keeps us from seeing what is right before our eyes in nature,” Mohler wrote. “We are dependent upon the God who loves us enough to reveal himself to us — and to give us his Word.”

View all posts by Erin Roach