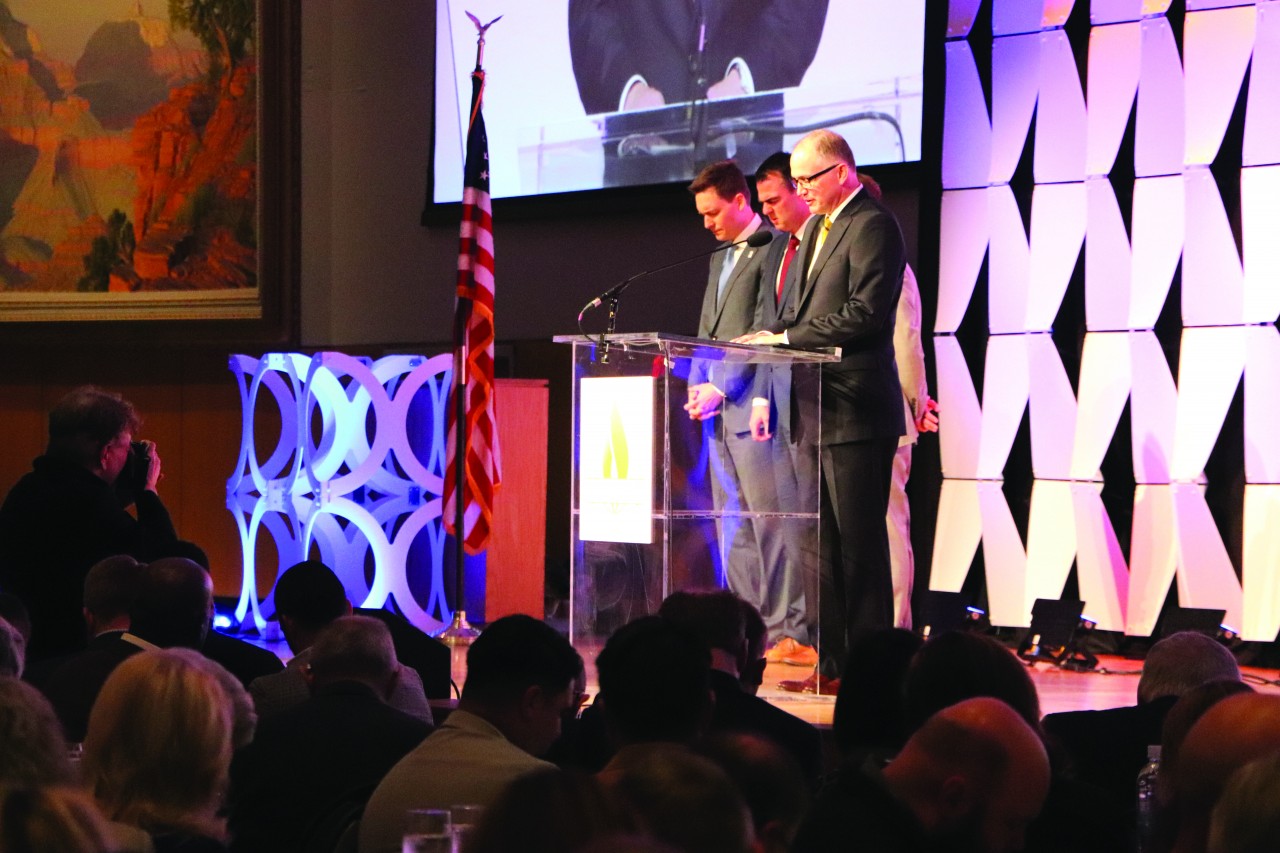 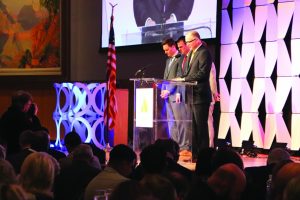 Oklahoma Gov. Kevin Stitt and his wife Sarah, the First Lady of Oklahoma, shared that the idea for an Oklahoma Governor’s prayer breakfast came to them while they attended the National Prayer Breakfast when Stitt was campaigning for governor.

Stitt and others prayed about the idea from that time through Tuesday, Feb. 18, when more than 1,000 Oklahomans gathered at the National Cowboy and Western Heritage Museum for the inaugural Oklahoma Governor’s Prayer Breakfast event.

The event, which was facilitated and planned by the non-profit organization Oklahoma Capitol Culture and Joel Harder, brought together people from various denominations and faith groups. 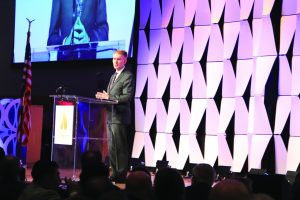 Harder urged attendees to pray, quoting 1 Tim. 2:1-2: “I urge that petitions, prayers, intercessions, and thanksgiving be made for everyone, for kings and all those in authority, so that we may lead a tranquil and quiet life in all godliness and dignity.” 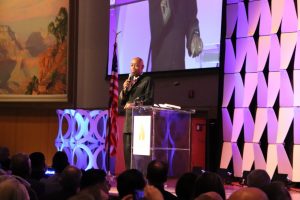 Chaplain Barry C. Black, a Naval officer who serves as chaplain to the United States Senate, talked about “the power of unified, fervent prayer.”

Attendees joined in various times of prayer. The event concluded with Stitt unveiling the “Be A Neighbor Oklahoma” campaign, which seeks to mobilize non-profit and faith-based organizations to meet key needs in Oklahoma, such as foster care and prison recidivism. For more information, visit BeANeighbor.org.

The next Oklahoma Governor’s Prayer Breakfast is set for Feb. 16, 2021.