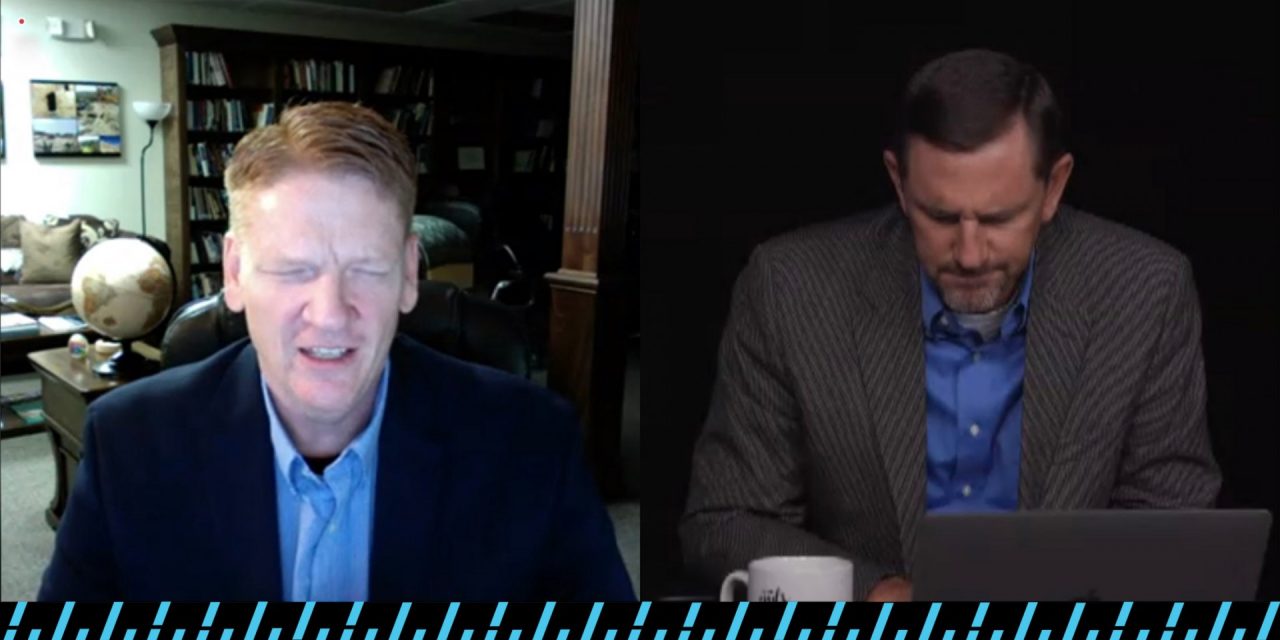 RICHMOND, Va.—International Mission Board (IMB) trustees unanimously approved the appointment of 80 full-time, fully funded personnel during their Sept. 29-30 meeting. The new missionaries will be sent to eight of IMB’s nine global affinities. A virtual Sending Celebration in November will publicly recognize the new field personnel and their appointments. 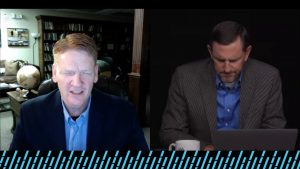 IMB President Paul Chitwood greets the organization’s trustees from the IMB’s Richmond, Va., home office studio during the trustees’ virtual meeting on Sept. 30. The meeting was moved from in-person to virtual as a result of COVID-19. IMB Photo

This was the second trustee meeting of 2020 held virtually, due to continued caution surrounding the spread of COVID-19. January’s meeting was held in person in Riverside, Calif.

The plenary session on Sept. 30 included greetings from Ray Gentry, president/CEO of the Southern Baptist Conference of Associational Leaders, who expressed his commitment to partnership with IMB. During the meeting, trustees approved a balanced budget of $255.3 million. Due to the cancellation of the 2020 Southern Baptist Convention, no new trustees were approved, and IMB’s trustee board will remain the same for the coming year.

Another recommendation unanimously approved was a Resolution of Appreciation for three missionaries who died this year in active service. A time of prayer for their families and work to the reach the nations followed the presentation of the recommendation.

Seth Polk, trustee chairman and senior pastor of Cross Lanes, W.Va., Cross Lanes presided over the meeting. He emphasized the faithfulness of God and churches’ commitment to kingdom purposes.

“I am amazed by and grateful for the sacrificial generosity of our Southern Baptist family of churches,” Polk said. “Covid-19 could have been accompanied by catastrophic financial impact on our work. While we have real challenges ahead, the people of God have remained steadfast in support of the missionary heart of our collective efforts.”

In his plenary address, IMB President Paul Chitwood listed challenges that the IMB has faced in its 175-year history and remarked that COVID-19 certainly wasn’t the first unforeseen circumstance through which the IMB has endured.

“How has the IMB survived, and why do I think we are beginning to thrive, even in the midst of a global pandemic?” Chitwood asked. “Because Southern Baptists have not stopped believing in nor lost sight of the vision God has given us of a vast multitude from every nation, all tribes, peoples and languages standing before the throne and before the Lamb. IMB is more focused on that vision than perhaps at any time in our recent history.”

Chitwood reported that he remains optimistic about IMB’s future because of several factors, including the quality of the team in the Richmond home office, nearly 1,000 candidates who are in the application process to be missionaries, and the ways current missionaries are embracing initiatives “designed to equip and empower them to make contact and build relationships with all 47,000 Southern Baptist churches over the next two years,” he said.

“Many of our missionaries have worked hard to stay connected with churches, but IMB has not effectively trained and equipped them, and there are literally thousands upon thousands of our churches that never hear from our missionaries,” Chitwood said. “We have worked across the organization to create a connecting strategy to remedy that. And I believe it will prove to be a Great Commission game-changer as Southern Baptists have the opportunity to more deeply connect to their workers and the work around the world.”

Chitwood and Price Jett, IMB’s treasurer and vice president of logistics, finance, travel and technology, introduced the 2020-21 proposed budget, both reporting that the recent financial recovery that God has provided for IMB is another reason for optimism about the organization’s future.

“Today is the last day of the fiscal year, and I can confidently state that Southern Baptists’ giving has exceeded our budget” Chitwood reported. “Factoring in our investment earnings, we believe that we will end the year more than 5 percent ahead in revenue. We praise God for what He has done. And, on behalf of 3,620 missionaries, their 2,880 children, and our stateside staff and their families, we say thank you to Southern Baptists for your generosity and your love for the lost around the world.”

Jett added, “By the grace of God, and the consistent, generous giving of Southern Baptist Churches through the Cooperative Program and the Lottie Moon Christmas Offering®, we are pleased to present for the trustees’ approval a balanced budget of $255.3 million.”

Chitwood closed his address with the following updates:

At the conclusion of his address, Chitwood reminded trustees of the “154,937 people who will die today, lost, and spend eternity separated from God in hell.”

“That’s why the IMB exists,” he said. “Not for ourselves, but for them. They are why Christ has left his Bride, the Church, here and not yet welcomed her into His eternal Kingdom. For, as the Scriptures state, He is not willing that any should perish, but that all should come to repentance.”