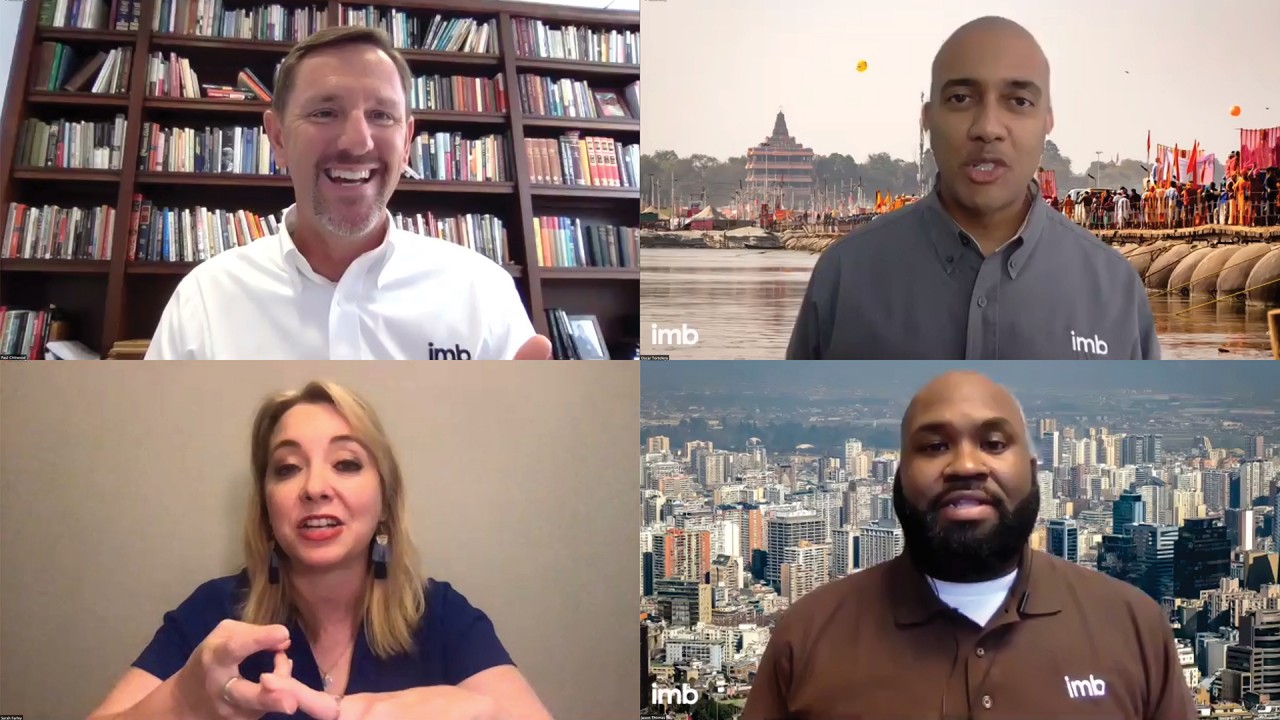 The workshop followed a joint report produced this year to help those guiding the next generation toward a commitment to global missions. Recognizing the continuing decline in the U.S. of church attendance and in Americans who identify as Christian, IMB commissioned Barna Group for a report on younger Christians’ perspective of missions.

“As the largest missionary-sending agency of our kind, we’re compelled to search for solutions to the challenges of a declining missionary candidate pipeline and a plateaued giving stream,” Chitwood said in the report.

“We’re obliged to ask the hard questions: How do we bridge the gap between shrinking church attendance and a burgeoning world population that doesn’t have access to the Gospel? How does the next generation contribute to fulfilling this spectacular vision so beautifully revealed in Revelation? In essence: What is the future of missions?”

During the workshop, Savannah Kimberlin, director of published research for Barna Group, shared highlights from the report that included perceptions that young adults have of historic and current missions and how “supportive skeptics” view their role in missions.

Speaking to the reservations that young adults have about unethical mission practices in the past and the perceived association with colonialism, Chitwood responded that the findings “help us understand our need to walk in humility and repentance.”

Jason Thomas, IMB’s African American church mobilizer, spoke to the hopeful statistic that Black churchgoers are eager to engage in missions. When speaking to churches, Thomas says he wants to “unearth the rich history of African Americans in missions so they actually see themselves there.”

“We need to dispel the myth that all generations and all ethnic groups aren’t called to global missions,” Thomas said.

Sarah Farley from IMB’s student team said that young adults may hesitate to be involved in long-term missions because of financial, educational and lifestyle concerns. But she emphasized the potential of this generation and what they offer to the spread of the Gospel.

She encouraged churches, leaders and parents to “engage them with accountability when it comes to investing in missions, engage them with relationships with missionaries, and equip them and disciple them so they can go.”

Oscar Tortolero, IMB’s Hispanic church mobilizer, also shared his hope in the younger generation’s interest in missional living. He mentioned the unique giftedness of Hispanics growing up in the U.S. who are often multilingual and culturally prepared to reach others in the U.S. and take the Gospel overseas.

“We have a huge potential to take Hispanics to the nations,” Tortorlero said. “Let us not miss it, because now is the time. We are ready to go.”

IMB and Barna Group will continue the discussion of the future of missions as part of IMB’s Every Church, Every Nation Summit, Oct. 29 at 7 p.m. Learn more and register at imb.org/futureofmissions.

The full report, The Future of Missions, is available through barna.com/missions.