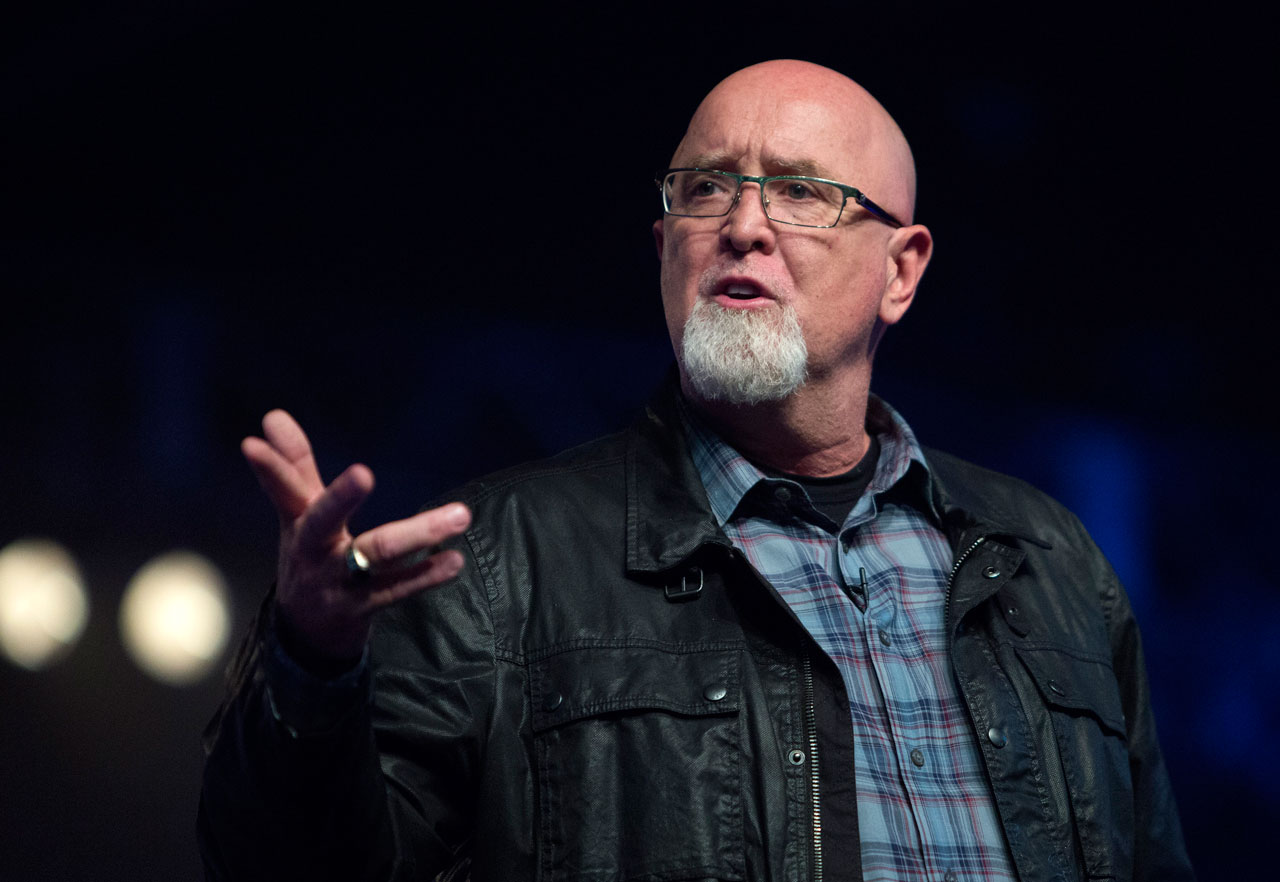 James MacDonald, senior pastor of Harvest Bible Chapel in Chicago, preaches a message titled “You Can’t Do What You Want” at the last session of the 2015 Pastors’ Conference June 15 at the Greater Columbus Convention Center in Columbus, Ohio. (Photo: Bill Bangham)

COLUMBUS, Ohio (BP)—Pastors and churches must humble themselves and pursue a closer walk with God if they want to experience His peace, joy and purpose, speakers said at the 2015 Southern Baptist Pastors’ Conference, June 14-15.

The conference, focusing on the theme “He Must Increase” from John the Baptist’s statement in John 3:30, preceded the Southern Baptist Convention’s (SBC) annual meeting at the Greater Columbus Convention Center.

Russell Moore highlighted the first night of the Pastor’s Conference. The president of the SBC’s Ethics & Religious Liberty Commission spoke from Luke 22, applying what Jesus was saying to His disciples of bestowing His kingdom to them and challenging pastors not to fear shifting cultural tides in America but to allow the Gospel to frame their mission.

“There were days when we would gather for this meeting and the signs all up and down the city streets would say ‘Welcome Southern Baptists,’” said Moore. “Now in this city, the signs up and down the streets talk about the Stonewall Gay Pride Festival. The culture around us is changing. We are moving into a new time, and the temptation we are going to have is to move into that changing culture with a lack of confidence and a spirit of fear.  But Jesus shows us the antidote to fear, and antidote to fear is the Gospel of the Kingdom of Jesus Christ.”

James McDonald, well-known author and pastor of Chicago, Ill., Harvest Bible Chapel, announced during the Monday evening session that his church is going to become a part of the SBC.

Drawing from John 13:1-16, MacDonald portrayed Jesus’ example of humbling Himself before the disciples on the eve of His greatest trial. In light of this, regardless of “when it’s hardest to love,” “when it’s personal and painful,” “when you endure injustices,” one should “humble yourself.”

Dean Fulks, lead pastor of Columbus, Ohio, LifePoint in the opening message of the conference June 14, used the story of Jonah to illustrate the need for pastors to live with repentant hearts.

Ted Traylor, pastor of Pensacola, Fla., Olive said he believes the SBC is living in “a day of broken favor and broken union,” similar to the two staffs called “Favor” and “Union” cut by the Old Testament prophet Zechariah (Zech. 11).

Christ alone satisfies, and ministry both locally and globally overflows from a relationship with Him, said Vance Pitman, pastor of Las Vegas, Nev., Hope, during the opening of the Monday morning session of the Pastors’ Conference, June 15. “As Christ has increased in my life, I’ve realized that God’s primary call on my life is not ministry. It’s intimacy.”

Pastors should take peace in the presence of Christ rather than be troubled by the distractions of technology and conflict, said Drew Landry, senior pastor of Fredericksburg, Va., Spotswood.  “Peace is so hard to maintain in our lives as servants and followers of Jesus Christ because we’re easily distracted for some of us, if we’re honest, technology has become our master. Technology is a great servant but a horrible master.”

Landry filled in for pastor and author Paul David Tripp, who was scheduled to speak at the conference but was prevented due to weather conditions from Philadelphia to Columbus.

On Monday afternoon, H.B. Charles, Jr., pastor of Jacksonville, Fla., Shiloh Metropolitan, began his time sharing the passage of which he was speaking was only 10 words long: “Jesus Christ is the same yesterday and today and forever” (Heb. 13:8).

“Whatever you are going through, whatever your days may bring, you can always count on Jesus Christ because of His matchless name, His exclusivity claim and the unwavering faithfulness of Jesus Christ,” Charles said.

The conference was completed with a sermon by David Platt, president of the International Mission Board. 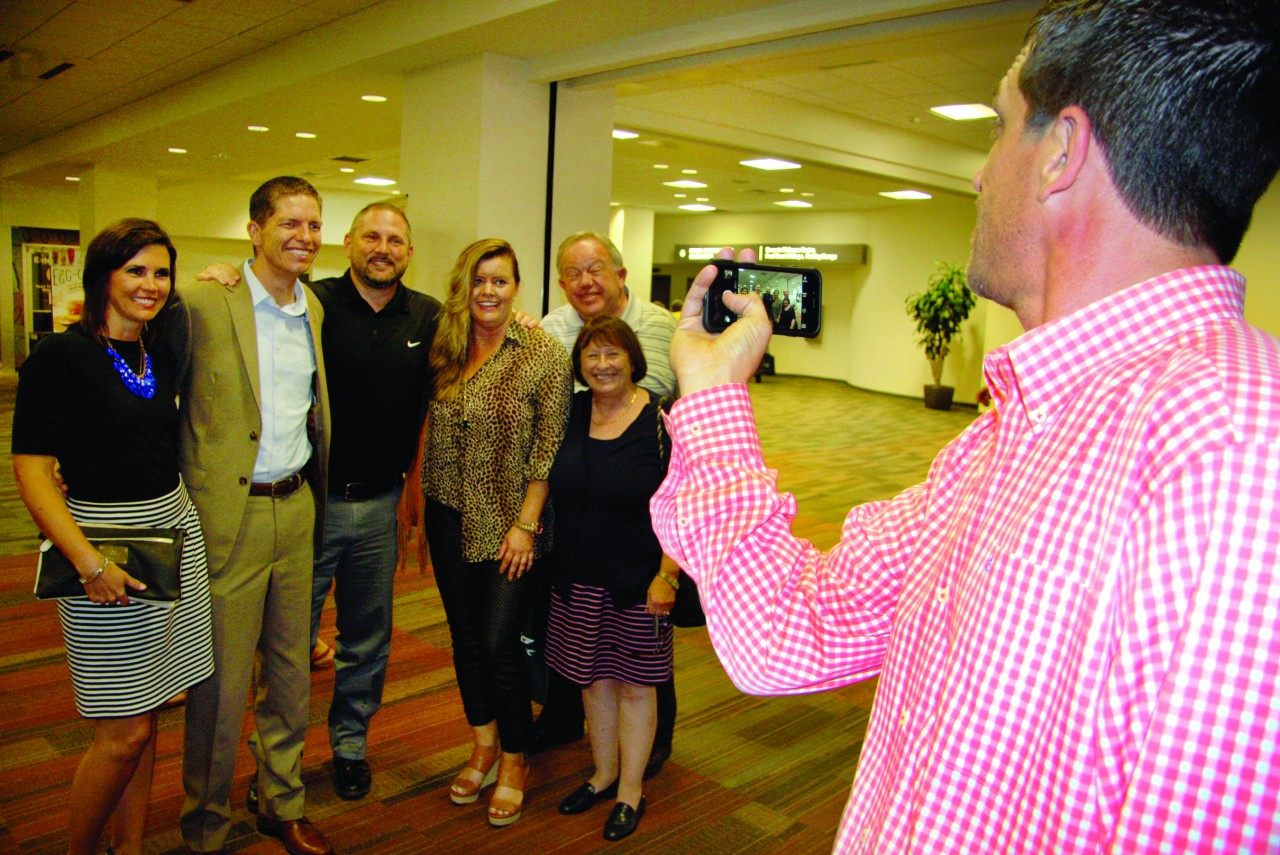 From left, Gayla and Pastor Joe Ligon of Marlow, First, with Pastor Tobin and LaNette Jackson of Oklahoma City, Trinity, visit in the exhibition hall at the SBC annual meeting (Photo: Brian Hobbs) 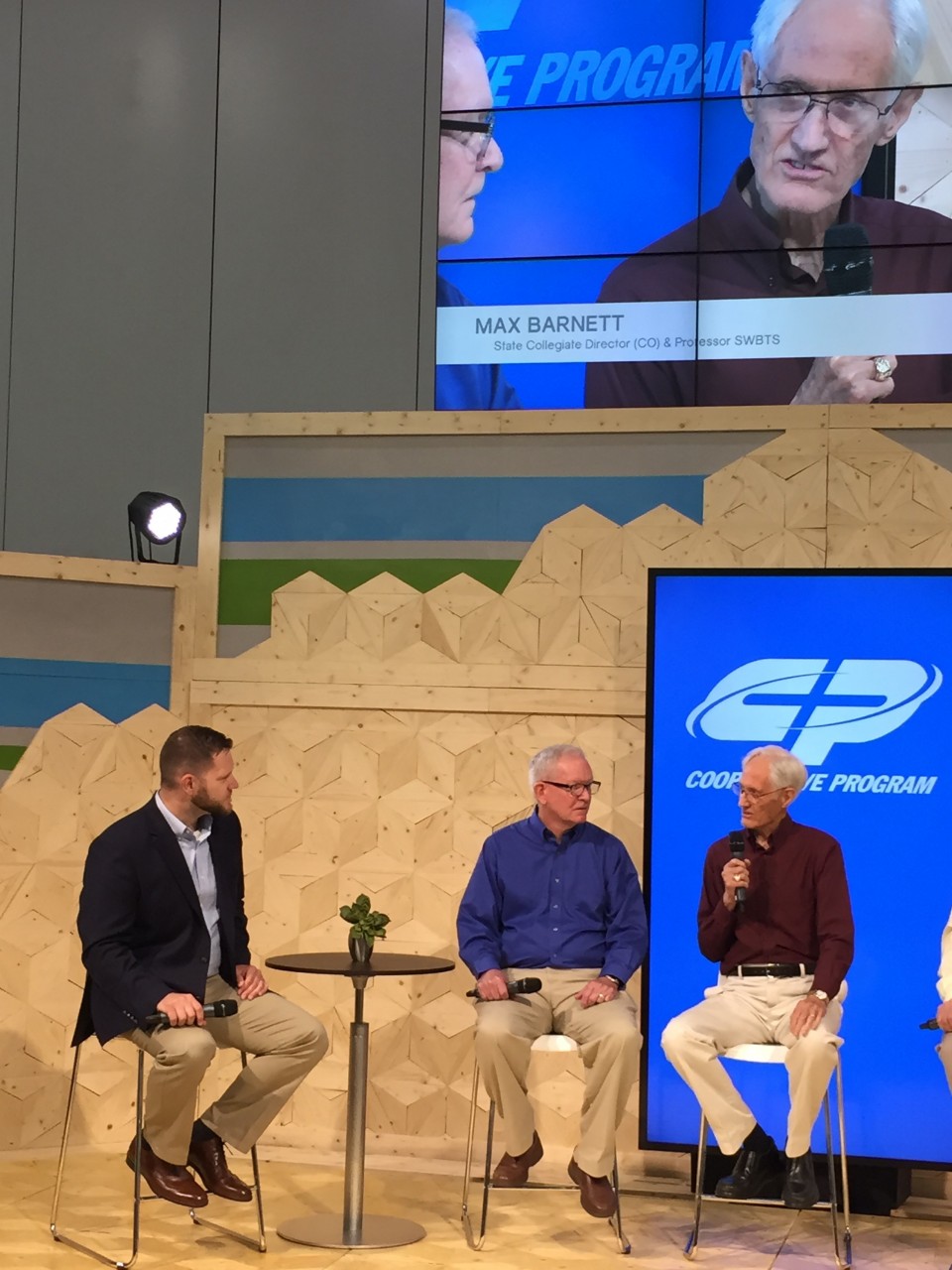 Oklahoma’s own Max Barnett, right, talking about collegiate ministry at the CP panel. 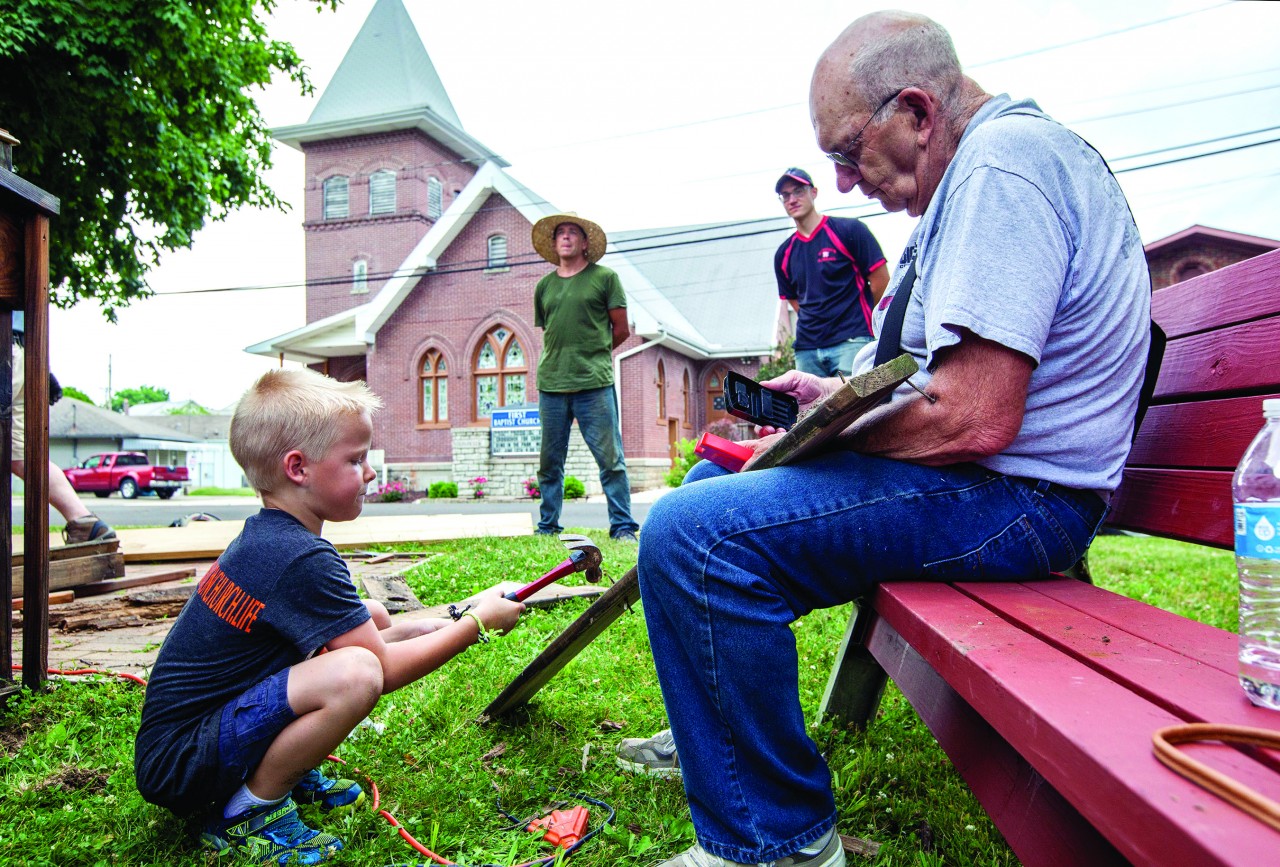