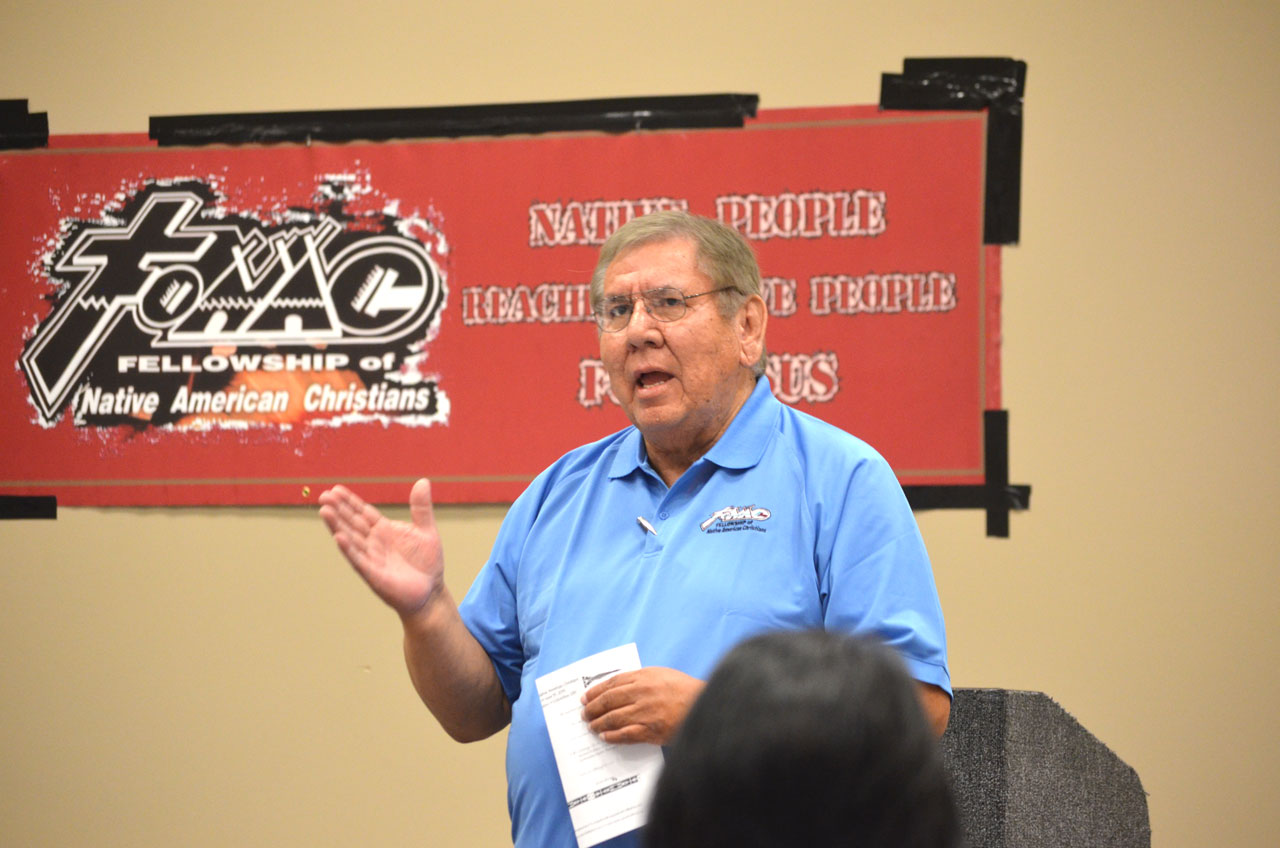 COLUMBUS, Ohio—Emerson Falls, Native American specialist for Baptist General Convention of Oklahoma, made it clear in the annual meeting for the Fellowship of Native American Christians (FoNAC) what is needed to reach Native Americans for Christ. From the beginning to the end of the meeting, Falls, who is serving as FoNAC president, stressed that churches are needed.

“We have a tremendous challenge in Native American work,” said Falls at the June 15 meeting with more than 20 in attendance. “Churches are the workers of the organization. We need churches to go on these vision tours. We need help to organize and strategize.”

FoNAC is scheduling three vision tours to what the North American Mission Board identifies as “Send Cities.” They include Tucson, Ariz., St. Paul/Minneapolis, Minn. and Los Angeles, Calif. The strategy are the vision tours is identifying indigenous leaders who will be involved in planting churches in these areas.

Falls said the “one-week mission trip” that involves doing ministries such as Vacation Bible Schools are not what is the intention of these vision tours. “There’s no lasting fruit after such trips,” Falls said. “We want to see an active church in Tucson (and the other cities). This will bring lasting fruit.” 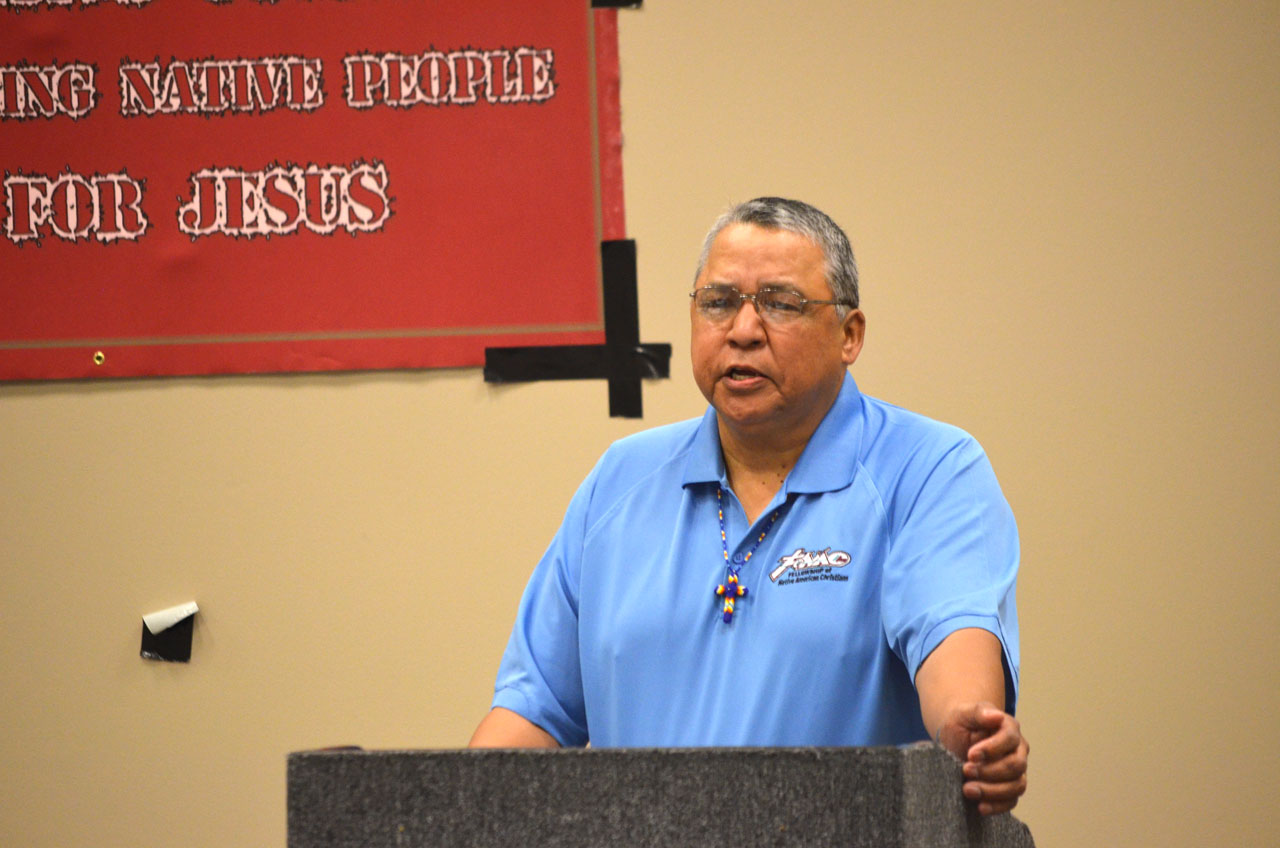 Such a vision trip happened in Denver, Colo., in 2012. Falls said this was a successful experience, as those on the vision trip connected with 60 Native Americans in the Denver area. There is now a Native American church in Denver with more than 30 active members.

“We are the national mission organization for Native American churches. The reality is 90-95 percent of our people are unchurched. Two-thirds of Native Americans live in urban areas. We want to target these unreached areas.”

One concern of reaching Native Americans, Falls said, is they the mindset they have to choose to either to be a Christian or Native American. Falls said churches need to overcome this mindset and show it is not an either/or decision. “Christ will make you a better Native American,” he said.

Falls thanked those who did attend the Southern Baptist Convention (SBC) meeting. He said they will remain involved with the SBC annual meeting because it provides visibility for FoNAC. “We want to be a part of the SBC meeting. They support us,” he said.

Along with board members in attendance, representatives from Northeastern Oklahoma State University and Golden Gate Seminary attended the meeting.

Augusta “Gus” Smith, a board member, reported how the FoNAC Link ministry was involved in a Vacation Bible School in Weatherford recently with three professions of faith. FoNAC helped support this ministry with resources.
In his director’s report, Gary Hawkins shared there are 450 existing Native American churches, with 250 in Oklahoma and 75 in North Carolina. The remaining 125 churches are scattered across the country. He emphasized how important visibility is for FoNAC.

In the past year, since the SBC Hawkins travelled to 10 different states, introducing the work of FoNAC at state conventions and associational meetings. He desires to speak at more meetings.

Falls concluded the meeting making another plea for church involvement and emphasizing the intention of making relationships with indigenous leadership. “Relationships are key to finding in-roads into the Native community,” he said. “Indigenous people find ways of turning ‘barriers into bridges.’”