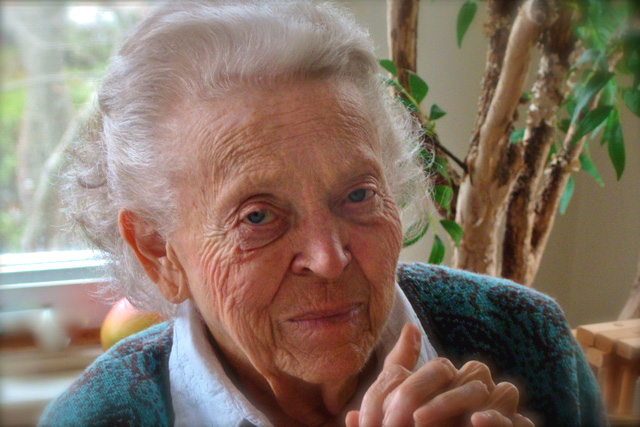 Elliot died in her sleep in her home in Gloucester, Mass. In addition to suffering from dementia for a decade, she recently experienced multiple mini-strokes, her daughter Valerie Elliot Shepard said.

Her death has inspired many reflections on her life and ministry, some by personal acquaintances and some by those whose own ministries were influenced by her writings. Her Facebook page is flooded with tributes to her influence.

Various women at the Southern Baptist Convention annual meeting June 16 in Columbus, Ohio, conveyed their appreciation for Elliot and her impact on believers. “She was a godly woman with a mentoring spirit,” said Monica Vaught from Revive Our Hearts, a radio show based in Michigan aimed at Christian women. Lindsay McDonald of First Baptist Church in Casey, Ill., told Baptist Press that “her call for purity and excellence is a reminder for who we are as women.” Elizabeth Morris of Vernon Baptist Church in Vernon, Ind., said Elliot’s willingness to continue her outreach to the Auca “was profound.”

Dorothy Patterson, professor of theology in women’s studies at Southwestern Baptist Theological Seminary, said Elliot “has been my mentor, friend, co-laborer in the Kingdom and kindred spirit for half a century. She challenged me and modeled for me the honoring and helping of my husband, the nurturing of my children and grandchildren, and the doing of woman-to-woman teaching.”

Through her books, Patterson said, Elliot’s influence “continues in the ministries of women like me who have sat at her feet and been covered with her influence. No one delivers to women a more heartfelt, God-anointed, timely and yet timeless message. She loved God’s Word and she was bound to it in every area of life and ministry.”

Rhonda Kelley, adjunct professor of women’s studies at New Orleans Baptist Theological Seminary, told Baptist Press, “As a young woman and wife, my faith and convictions were greatly influenced by the writings of Elisabeth Elliot. I have had the privilege of hearing her speak and re-reading her books through the years. Dorothy Patterson and I are so grateful to include several of her excerpts in our upcoming ‘Devotional for Women.’ I am forever grateful for her influence of femininity and purity in my life and the lives of thousands of other women.”

Kathy Litton, national consultant for ministry to pastors’ wives with the North American Mission Board, said Elliot “mentored me in my widowhood most powerfully through her book ‘Pathway Of Loneliness.’ Her words and example gave me hope to walk a life that seemed bitterly impossible” after the death of her first husband in an automobile accident.

“Yet more than that, Elisabeth trailblazed a path for women and men alike in missions, biblical truth, sexual purity and suffering,” Litton said. “I wept when I heard news of her death. I felt I had lost a dear, dear friend. Yet I celebrate her glorious reunion.”

Elisabeth Elliot’s public ministry ended soon after she was diagnosed with dementia. She responded to her diagnosis the same way she reacted to the other tragedies in her life — with peace, her husband Lars Gren said.

The daughter of missionaries who had served in Belgium, Elliot was raised in Pennsylvania and New Jersey and attended Wheaton College in Illinois, graduating with a degree in Greek in 1948. It was at Wheaton where she met her first husband, Jim Elliot.

After a lengthy courtship documented in her book “Passion and Purity,” she and Jim married in 1953. In 1956, Jim was killed by the Auca Indians in Ecuador. Elliot and her then-10-month-old daughter Valerie continued mission work in Ecuador for 10 years, eventually living among Auca tribesmen who had slain her husband.

“I have one desire now — to live a life of reckless abandon for the Lord, putting all my energy and strength into it,” Elliot wrote in “Through Gates of Splendor.” The book along with “My Savage Kinsmen” told the story of her and Jim’s ministry in the jungles of Ecuador, his death and her continued ministry in South America.

In a later work “These Strange Ashes,” Elliot reflected, “To be a follower of the Crucified means, sooner or later, a personal encounter with the cross. And the cross always entails loss.”

Her other works include “Shadow of the Almighty: The Life and Testament of Jim Elliot,” “Quest for Love,” “Let Me Be a Woman” and “Be Still My Soul.”

Upon returning to America, she became a professor at Gordon-Conwell Theological Seminary and hosted a radio program, “Gateway to Joy,” which aired from 1988-2001 and was rebroadcast by the Bible Broadcasting Network in 2014, which can be accessed at bbnradio.org.

In 1969, Elliot remarried Addison H. Leitch, a college professor of philosophy and religion. After his death from cancer in 1973, she married Lars Gren in 1977. Gren was her agent during the end of her public ministry and updated her website and blog during her later years.