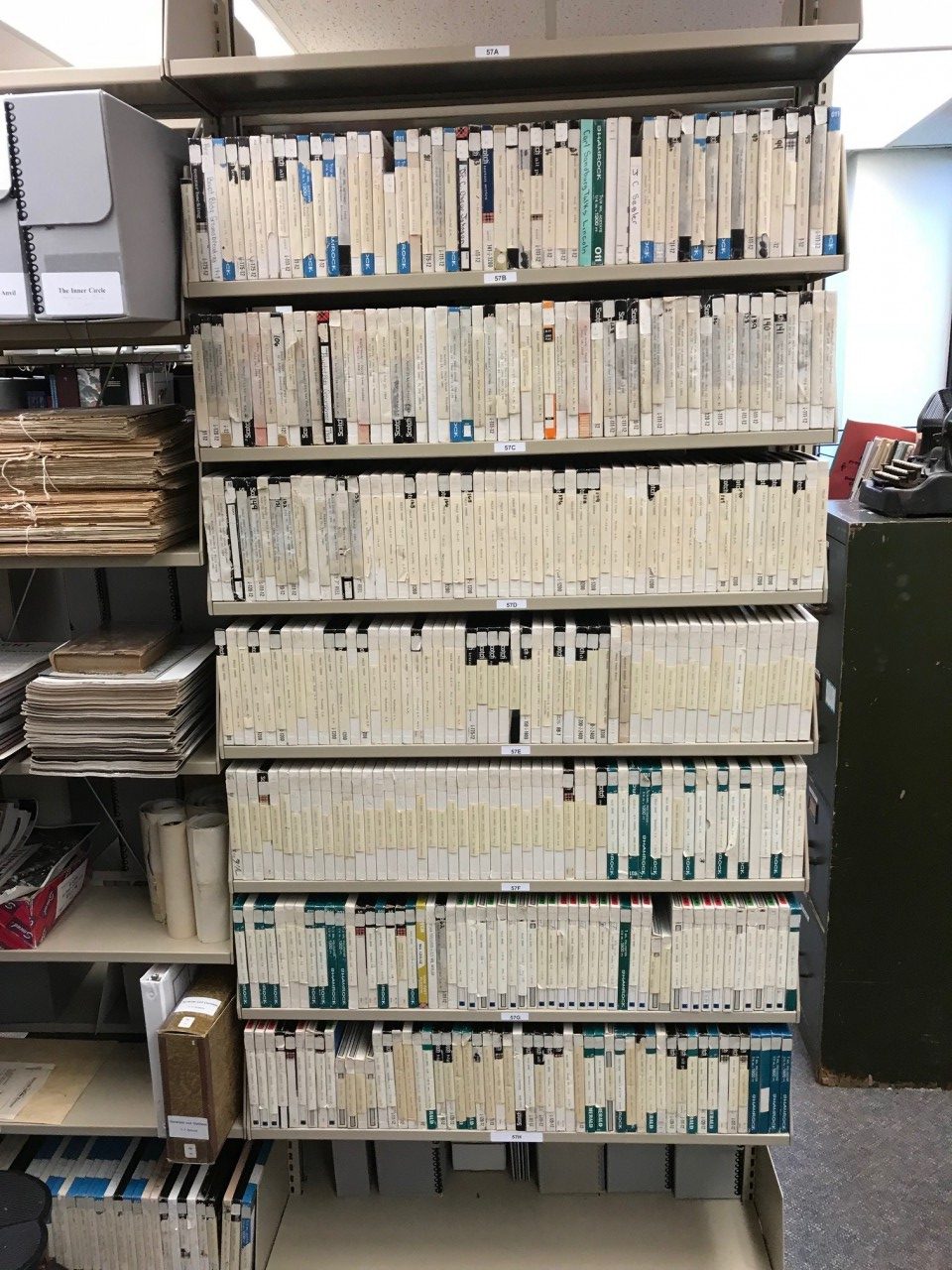 Members of the Oklahoma Baptist Historical Commission voted during their Spring meeting on March 5, at the Baptist Building in Oklahoma City to begin the process of helping to digitalize hundreds of reel-to-reel tapes in the holdings of the Gaskin Baptist Archives in the Mabee Learning Center at Oklahoma Baptist University (OBU) in Shawnee.

According to OBU’s special collections librarian Rachel Hawkins, there are nearly 800 audio and video tapes, many of them recordings of meetings, services, special events and other activities at Falls Creek Baptist Conference Center from as far back as 1946, housed in the Archives. 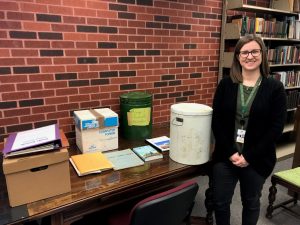 “Digitalizing these tapes will help preserve the information on them and make them more accessible to researchers and others interested in the tapes’ historical value,” Hawkins said. “The digital versions will be placed in the digital repository on campus, and, as soon as possible, be made available to the general public for listening or viewing.”

The cost to digitalize the tapes is $100 apiece, Hawkins added.

Commission members voted to begin with a list of approximately 25 tapes to be digitalized during this year. The cost of that process will be paid for by money in the Gaskin Forever Fund endowment. Commission members Luke Holmes and Leona Marion are working with Historical Secretary Bob Nigh to compile the initial list.

“We believe this is a very important project and necessary to preserve the images and sounds on these tapes,” Holmes said. “It certainly would be unfortunate to have them deteriorate to the point that the information is lost.”

Commission members agreed that such a project will be daunting, and are hoping churches and other groups across the state will recognize the importance of completing the project and be willing to sponsor one, two—or even several—tapes to be digitalized. 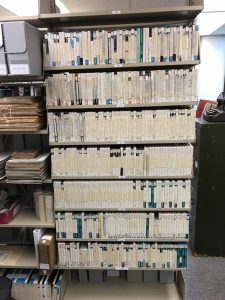 Reel-to-reel tapes are displayed on shelves in the Gaskin Archives at OBU. Photo by Bob Nigh

Churches or groups interested in participating in the digitalization project are urged to call Historical Secretary Bob Nigh at 405/990-0123, or email him at okbaptisthistoryman@gmail.com.

In addition to the reel-to-reel tapes project, Commission members are in the process of selecting persons to be inducted into the Oklahoma Baptist Hall of Fame (HOF) and those to be honored this year with the Distinguished Service Award (DSA).

At the annual meeting, HOF and DSA recipients (Or members of their family, if the honoree is deceased) receive a certificate in recognition for outstanding service to Oklahoma Baptist history or work.