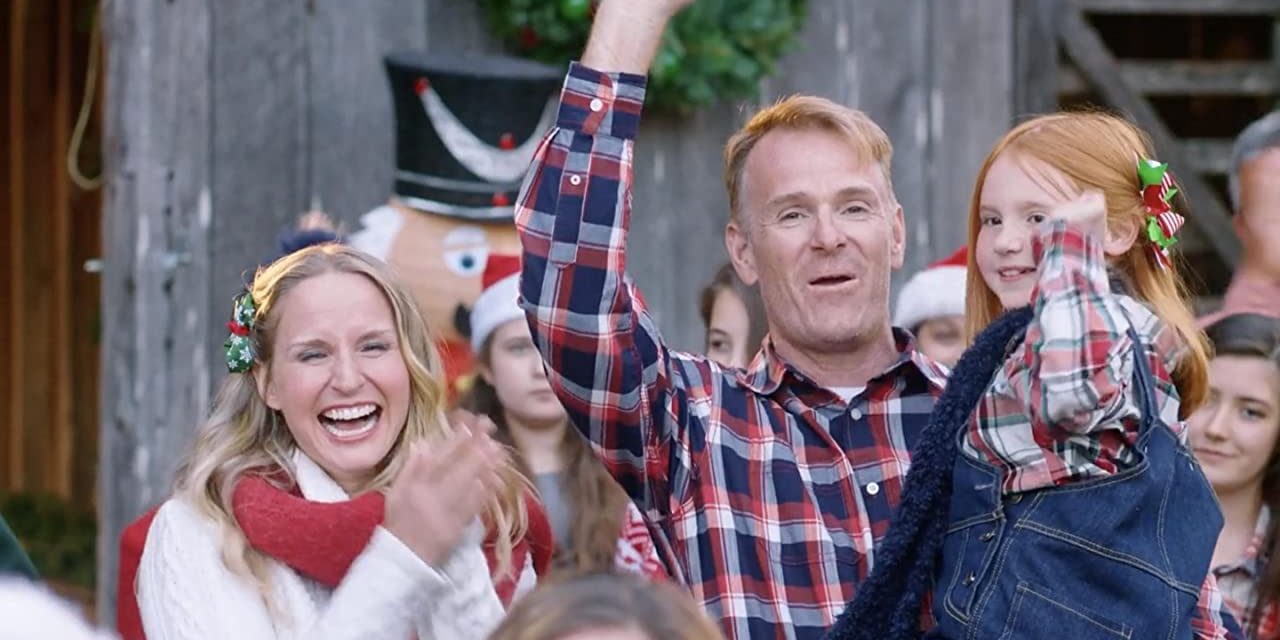 Her name is Belle, and she is one of the world’s most popular models, having graced billboards, magazine covers and TV ads.

Lately, though, her work has been slow. It seems companies want a younger, fresher face. That’s because Belle is getting… well… old.

Facing an identification crisis and searching for life’s purpose, Belle returns to the small town she once called home—a place where her childhood friend, Josh, still lives.

Will Belle find answers to what’s troubling her? Will she even discover romance?

The new film The Farmer and the Belle: Saving Santaland, now on DVD and video on demand, follows the story of Belle as she uncovers the true meaning of beauty and then uses her fame to help save her town’s main attraction (Santaland).

It’s a family-friendly film in the style of a Hallmark movie, although its spotlight on faith and God’s view of beauty helps it stand out from the typical family film. The Bible-centered message, coupled with a fun plot and solid acting, make it one of the best family movies of 2020.

It was inspired by a true story and stars Jenn Gotzon (My Daddy Is in Heaven) in the lead role, Jim E. Chandler (Lodge 49, Stranger Things) as Josh, and Corbin Bernsen (Major League) as her father.

The movie opens with a young Belle growing up under a fashion-centric mother who teaches her that beauty is skin deep. Belle embraces that message until she grows a few wrinkles. When she returns home, she meets a pastor (Josh) and other Christians who tell her that true beauty is found on the inside.

“You are beautiful because God made you,” she is told.

It’s a message our Instagram-crazed culture needs to hear. It’s also a film every girl should see.

The film is being released alongside a 30-day devotional and a children’s book that reinforce the biblical message. A bracelet (like the one featured in the film) also is available. Visit TheFarmerAndTheBelle.net.

The film contains no language, sexuality or violence.

‘Magic of Disney’s Animal Kingdom’ (Disney Plus)—It’s a behind-the-scenes look at Disney’s zoological theme park. More than that, though, it’s an entertaining and educational show about animals. (Episode 5, for example, teaches us about aardvarks, rhinos and crocodiles.) Even if you’re not crazy about all things Disney, this one is worth watching. TV-PG.

‘The Croods: A New Age’ (Theaters)—The Croods family meets another family, the modern-living Bettermans, sparking a clash of cultures. It’s a hilarious film with no coarse language and no sexuality (minus the grandma donning a two-piece warrior outfit). It includes a family-centric, Father of the Bride-type plot. The film’s conclusion begs the question: Does every technological advancement make our lives better? Rated PG for peril, action and rude humor. It opens in theaters Thanksgiving week.

‘Voices of Fire’ (Netflix)—Leaders at a predominantly black church hold a singing contest with the goal of building the best-ever (and most diverse-ever) gospel choir. The congregation is the hometown church of singer/producer Pharrell Williams. His uncle is the pastor, Bishop Ezekiel Williams. It’s a multi-episode series. TV-PG. Nov. 20.