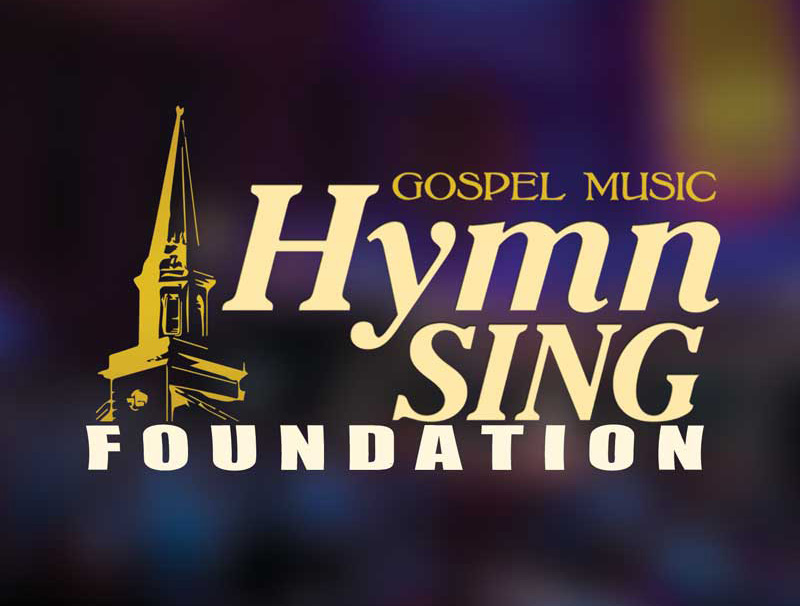 MORRISTOWN, Tenn. (BP)—Gospel singer Gerald Wolfe was visiting his father, who was suffering from Parkinson’s disease dementia at a care facility, when a guitarist playing “In the Sweet By and By” struck a chord of memory among patients there.

“Within just minutes, most of the people in the room started to sing, and they knew the song,” Wolfe said.

That moment inspired Wolfe to lead the Gospel Music Hymn Sing Foundation in an ongoing outreach project that has dispersed a total of nearly 47,000 gospel music DVDs among more than 15,600 nursing homes. Under Operation Sing Again, each facility received three DVDs featuring well-known gospel artists leading congregations of as many as 2,000 people singing cherished hymns in sanctuaries such as Atlanta, Ga., First’s. Each DVD closes with an invitation to receive the Gospel. 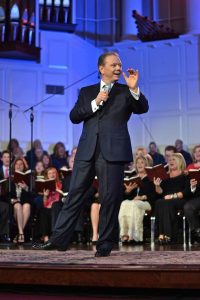 DVD recordings of gospel singer Gerald Wolfe and others leading crowds in singing hymn favorites have been distributed to more than 15,600 nursing homes.

“They feel like they’re in church,” Wolfe said of residents who view the DVDs.

Patients have been known to talk to the DVDs as though the singers are in the room, said Mary Anne Oglesby, director of Veranda Ministries in Gallatin, Tenn.

“‘Honey, God has sure blessed you with a beautiful voice,’” a Veranda Ministries patient said as Kim Hopper was singing on one of the DVDs, Oglesby recalled. “I sent Kim a message and told her… I said, ‘One of the ladies was talking to you, because you were on that big screen.’”

The DVDs have been especially beneficial as facilities operate during the COVID-19 pandemic, said Wolfe, a member of the Gospel Music Hymn Sing Foundation’s board, founder of the southern gospel quartet Greater Vision, and a member of Morristown, Tenn., First.

“When we started Operation Sing Again, we had no idea that COVID was coming and that the residents in the nursing care facilities wouldn’t be allowed to have visitors for so long, but God knew,” Wolfe said. “We’ve received stacks of cards and notes from activity directors letting us know how encouraging the DVDs have been for their residents, especially during the last year. They’ve become a kind of lifeline connecting the residents to the familiar scenes of a church sanctuary, and the songs they sang all their lives.”

Oglesby said music is an especially effective way to minister to and communicate with patients suffering from such illnesses as dementia and Alzheimer’s.

“It’s a known fact that they will sing when they can’t speak,” Oglesby said. “Music is stored in a different section of the brain than our speech and words… because music is not speaking and singing; it’s a melody, it’s a rhythm. That’s one of the last things to go, for any of us.”

Hers was the first facility to use the Hymn Sing DVDs.

“We just would always notice that most of that aging population … were raised on the hymns of the church. And they’re really not even in church anymore,” she said. “For people with dementia, that was the only connection they had to the church world, so to speak, with those Hymn Sing videos.”

The Gospel Hymn Sing Foundation distributed the DVDs with the help of volunteers, financial donations as small as $10 each, and grants ranging from $10,000 to $20,000 each. After distributing DVDs to 15,640 nursing homes, Operation Sing Along is entering a second phase of distribution that will place the music in as many as 20,000 respite care and hospice facilities. When the second phase is complete, the foundation intends to produce new DVDs to distribute to nursing homes, as in the program’s first phase, Wolfe said.

The outreach is personal to Wolfe. He launched it in 2018 after his father Mack Lonnie “M.L.” Wolfe died of Parkinson’s on Jan. 6, 2018, at age 83. The elder Wolfe had sung “Amazing Grace” with family members just six weeks earlier, although Wolfe said he mostly mouthed the words.

“We sang Amazing Grace, and he sang with us,” Wolfe said. “That just really had an impact on me. So I talked to the other guys on the board of the foundation, and we agreed that we would try to send the DVDs all over to nursing homes. People from everywhere helped us.”