Gay weddings: who must perform them? 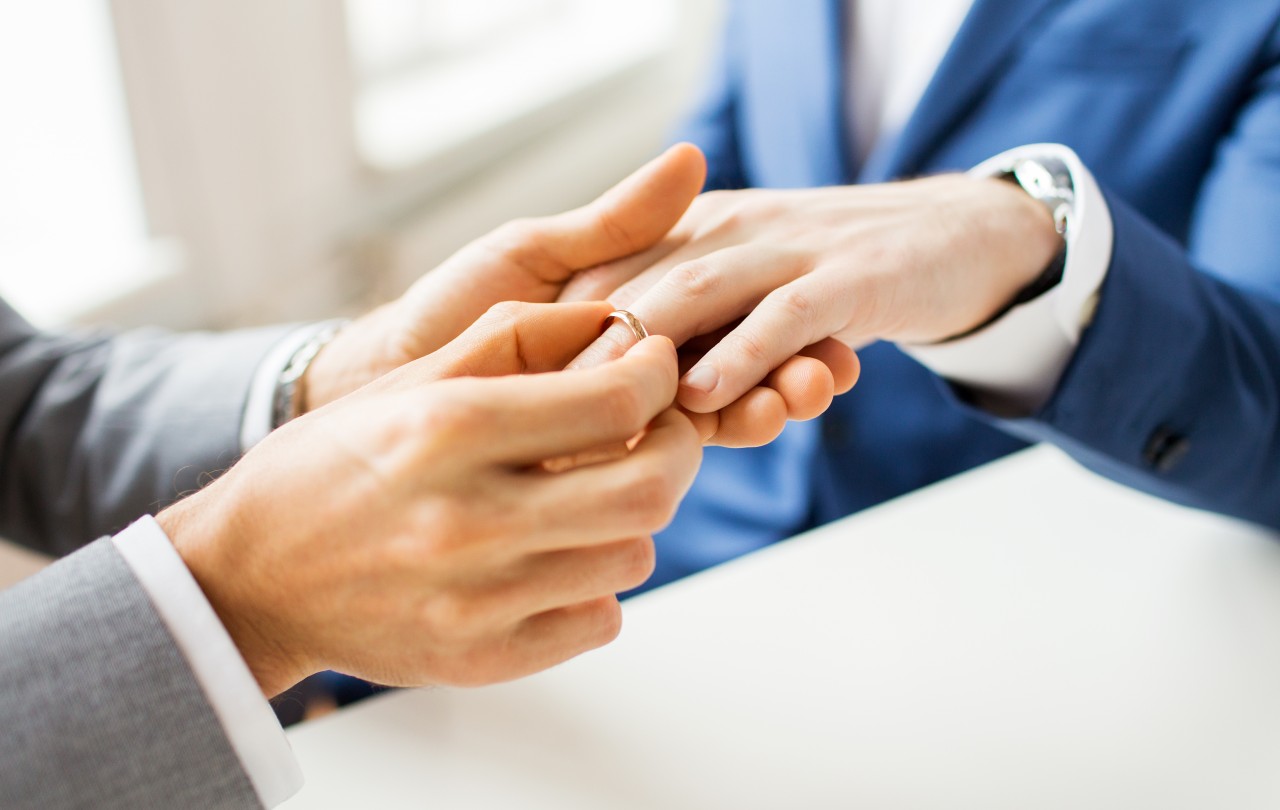 Some legal experts say government officials charged with performing weddings could lose their jobs for refusing to marry gay couples. But others believe both ministers and government officials likely will have freedom not to perform same-sex marriages that violate their religious convictions.

And some experts believe pastors who refuse to solemnize same-sex marriages could face government repercussions.

The court’s majority opinion, written by Associate Justice Anthony Kennedy, states that “religions” and “those who adhere to religious doctrines” may “continue to advocate with utmost, sincere conviction that, by divine precepts, same-sex marriage should not be condoned. The First Amendment ensures that religious organizations and persons are given proper protection as they seek to teach the principles that are so fulfilling and so central to their lives and faiths, and to their own deep aspirations to continue the family structure they have long revered.”

The ruling added, however, that the Constitution “does not permit the state to bar same-sex couples from marriage on the same terms as accorded to couples of the opposite sex.” There is no specific statement regarding who would be required by law to perform a same-sex wedding.

Dissents by both Chief Justice John Roberts and Associate Justice Clarence Thomas criticized the majority’s apparent disregard for religious liberty, noting that the majority defends religious individuals’ right to advocate and teach their views without also protecting the right to live out those beliefs. Thomas, joined by Associate Justice Antonin Scalia, said “the majority appears unmoved” by the “inevitability” that “individuals and churches [will be] confronted with demands to participate in and endorse civil marriages between same-sex couples.”

Roberts, joined by Scalia and Thomas, wrote, “People of faith can take no comfort in the treatment they receive from the majority today.”

Scalia’s dissent noted that “not a single evangelical Christian” had a say in the court’s opinion, as none of the nine justices are evangelicals.

Mike Whitehead, an attorney in Kansas City, Mo., who has served on the staffs of two Southern Baptist Convention entities, told Baptist Press oral arguments in the cases known as Obergefell v. Hodges “made clear that the federal government position would be to require that public officials who are authorized to perform marriages must also perform same-sex marriages, regardless of an individual official’s religious conscience. Conscientious objectors could face firing, fines or worse.”

If BP’s estimate reflects the number of government employees authorized to solemnize marriages across all 50 states, tens of thousands of public officials could be compelled to marry gay couples if Whitehead’s assessment is correct.

Public officials empowered to perform marriages, Whitehead said, may be able to refuse to perform any weddings, but an official who performs only heterosexual marriages likely will be declared in violation of the Constitution.

Whitehead cited events in North Carolina as a microcosm of what could happen across the nation. Last fall, the state’s 670 magistrates received a memo from North Carolina’s Administrative Office of the Courts stating that because a federal court had legalized gay marriage in the state, magistrates were required to perform same-sex weddings or face possible criminal prosecution.

At least six magistrates resigned rather than marry homosexual couples. Later, the state legislature passed a bill allowing magistrates to opt out of performing weddings altogether. Gay marriage advocates are challenging the law in court.

Gilbert Breedlove, a former magistrate in Swain County, N.C., who resigned rather than perform gay weddings, told BP other Christian officials should prepare to “respond in faith” to the Supreme Court’s ruling even “if it takes resigning your commission.”

Breedlove, pastor of an independent Baptist church in Bryson City, N.C., predicted Christian public officials generally will choose to resign rather than defy the law. But he acknowledged that some officials might “feel the Lord leading them to face criminal charges.”

The North Carolina legislature’s bill protecting magistrates’ religious liberty was passed following Breedlove’s resignation, and he said it is unlikely a magistrate position will open again.

Whitehead speculated that ministers also could face government pressure to perform same-sex weddings, with those who refuse to solemnize gay marriages losing the power to solemnize any marriage on behalf of the state. Church weddings, he said, could become merely religious ceremonies without meaning in the state’s eyes.

“Secularists will try to avoid this constitutional crisis of religious freedom,” Whitehead said, by “simply tell[ing] the minister, ‘We’re not going to force you to perform a marriage … but we’ll not permit you to do any marriages if you refuse to perform marriages between homosexual couples who are lawfully married under our state law.'”

David Smolin, a constitutional law professor at Samford University’s Cumberland School of Law, does not believe pastors will face legal repercussions for performing only heterosexual weddings. He told BP standard interpretations of the Constitution and federal statutes establish a “zone of autonomy” around clergy that should protect their ability to perform state-recognized weddings without compromising their religious convictions.

If public officials “are in a position of usually solemnizing [marriages for] all takers who come to them that are eligible under state law,” Smolin said, then refusing to marry a same-sex couple “might be a violation of their duties and subject them, and the state, to a discrimination lawsuit.”

Among those particularly at risk of being forced to violate their religious convictions are Christians who work for government offices that issue marriage licenses, Smolin said. Religious schools and businesses may face penalties for refusing to acknowledge gay marriages in admissions, hiring and student housing, he said.

Christiana Holcomb, litigation counsel for Alliance Defending Freedom, told BP it’s possible that both clergy and government officials could maintain the right to perform weddings according to their religious convictions, though she stressed that the particulars of the Supreme Court’s opinion need to be studied. Protections of religious liberty vary from state to state, she said, and states with Religious Freedom Restoration Acts protect freedom of conscience to a significant degree.

“Government officials do not forfeit all of their religious liberty protections simply by being employed by the state,” Holcomb said. “… They have the freedom guaranteed to them by the First Amendment and hopefully state laws” to “only perform weddings that accord with their convictions.”

Jack Graham, pastor of Prestonwood Baptist Church in Plano, Texas, and a former SBC president, said at a press conference June 17 in Columbus, Ohio, that a justice of the peace in Dallas had already called him seeking advice on what to do if same-sex marriage was legalized. Graham expressed hope that public officials would be permitted to recuse themselves from performing weddings that violate their religious convictions, but he said Christian government workers must be prepared to stand for Christ regardless of the consequences.

“As a believer, if you are called upon … you must obey God and not man, if it means giving up your role or facing penalties,” said Graham, who, along with the other living SBC presidents elected since 1980, released a statement affirming the biblical definition of marriage as only between one man and one woman.