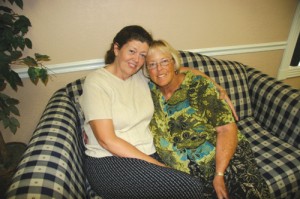 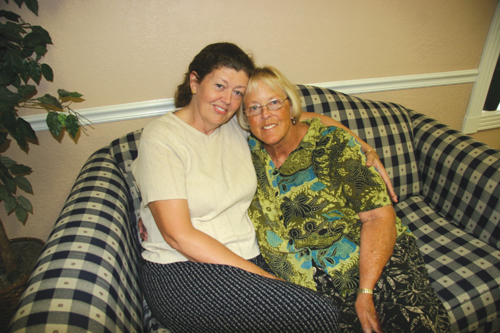 Some people put feet to their prayers. Mary Ross added a kidney to hers.

Ross, a member of a ladies’ Sunday School class at Rolling Hills, First, was asked along with other members, to pray for class member Carolyn Wayne, who was facing her second kidney transplant.

“As I was praying for Carolyn, God revealed to me that I was to be the donor,” Ross said.

Wayne had her first kidney transplant almost 15 years ago. She said as a youngster, she had strep throat, and doctors think that infection settled in her kidneys.

“My husband noticed I was tired all the time, so I finally went to the doctor,” Wayne said. “That’s when they found the kidney disease. I was on dialysis for nine months before a kidney from a crash victim became available.”

Wayne said most kidney transplants last five to seven years, so she feels fortunate she was able to go as long as she did with her first transplant.

However, early in 2008, her blood pressure rose and she again had no energy. The diagnosis called for another transplant.

“I was trying to get on the donor list when I asked for prayer from members of my Sunday School class,” Wayne said.

Two weeks after Wayne’s initial prayer request, Ross told Wayne she was willing to give her a kidney.

“Carolyn told me what to do from there,” Ross said. “I had every kind of test imaginable in six months of testing.”

Wayne, in the meantime, wasn’t concerned about Ross’ compatibility.

“I knew when Mary told me she wanted to give me a kidney that she would be a match,” Wayne said.

That in itself is a miracle, Wayne said, because even Wayne’s twin sister was not a candidate to donate.

Another miracle is that just a year before, Ross would not have been a candidate to donate a kidney.

“I was about 100 pounds overweight,” said Ross. “I was convicted by God to get healthy.”

Ross said she fasted for one week, then one day a week, walked five miles every day, ate healthy and only ate when she was hungry, when before she didn’t need an excuse to eat.

“God was getting me ready for this,” she said. “When I was going through all the tests, doctors told me I would not have qualified if I hadn’t lost all the weight.”

“Mary was faithful and obedient long before she knew what God had in store, and as a result, she got the opportunity to actually save another person’s life,” said Clayton Pasley, Rolling Hills pastor. “The kidney was not only a perfect match, but the doctor said he thought it also had been made just for that purpose.”

The ladies, who have known each other four years, weren’t supposed to talk during the testing procedures, “but of course we did,” said Ross.

On the day of the surgery, July 3, 2008, Ross went in about an hour before Wayne. Both surgeries were successful, and Ross was out of the hospital in three days. Two days later, Wayne was home.

“It was a breeze,” said Ross. “I never felt bad, and there is nothing I have to do differently, except cut back on my salt intake.”

Today, both women are doing great.

“When I discovered I needed another kidney transplant, the deacons came to my house and prayed for healing,” Wayne said. “God had a different way of answering that prayer.

“I knew God was in control. I didn’t have any doubts.”