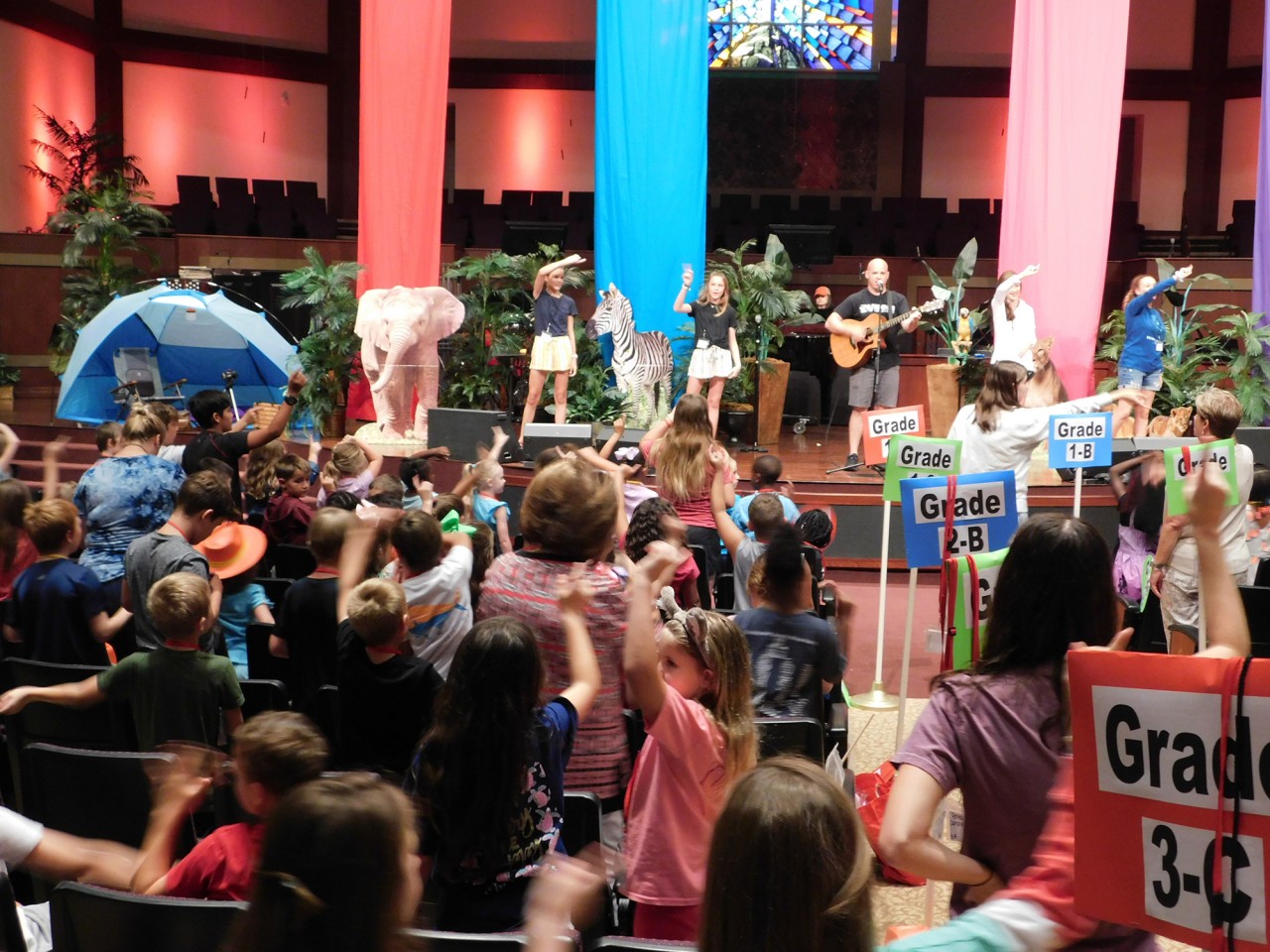 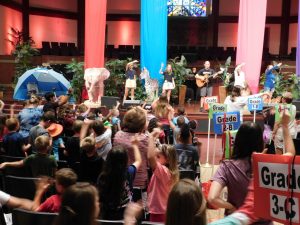 Panama City, Fla., First hosted VBS in June 2019 as destruction from Hurricane Michael still lingered in their community. Nearly 500 children from the area participated, around one-third of them unchurched.
Submitted photo

Although Hurricane Michael had ravaged the panhandle of Florida in October 2018, the Panama City area still looked like a war zone in June 2019. And the aesthetics of the community reflected the emotional and spiritual condition of the people who suffered.

Many families—parents and children—suffered post-traumatic stress disorder from the harrowing impact of the Category 5 storm. They felt forgotten. They felt isolated.

But one doesn’t have to endure a life-altering crisis to feel lonely. In fact, loneliness is seeping into the fabric of our culture—and our churches. According to a 2018 Cigna study, nearly half of American adults say they sometimes or always feel alone (46 percent) or left out (47 percent).

And it seems the younger a person is, the more likely they are to feel lonely. The study shows that Generation Z—in this study those age 18-22—is the loneliest generation.

The local church isn’t immune to loneliness. But there’s another crisis our congregations must face: apathy toward the lost.

A 2019 LifeWay Research study found more than half (55 percent) of those who regularly attend church say they haven’t shared with anyone how to become a Christian in the past six months. We have an evangelism crisis in our churches. We know the Great Commission is ours to do, but we’re not doing it.

And we have a loneliness epidemic in our communities.

But we, the Church, have a solution to both of these problems. A solution that’s been in front of us for decades: VBS.

For well over a century, VBS has been spreading the Gospel in dynamic ways. The Lord has used this ministry to make His name known to millions. Just in the past 10 years, nearly 800,000 people have said yes not only to VBS in SBC churches—they’ve said yes to Jesus.

Kids, teens and adults encounter Jesus in a powerful way through VBS. Some for the first time; others at just the right time. It’s a proven ministry tool that addresses both the evangelism crisis and the loneliness epidemic like no other strategy the church has today.

But some churches have thrown in the towel and given up on VBS because they think it’s not culturally relevant. Others cite a lack of volunteers. And many simply say it’s too much work.

Yes, VBS is a lot of work. It takes an army of people and resources. And each year, churches ask themselves: Is it worth it?

LifeWay Kids commissioned a comprehensive research project to determine if VBS is indeed still worth it. Here are a few of the findings:

Unlike the adults who responded in this survey, many of our kids today have had a full data plan on a smartphone since they were 10 years old. They’re digital natives—the most connected to technology, but the least connected to real people and actual relationships.

VBS combats loneliness by connecting kids with each other and with adults who can come alongside them and show them they have a role to play in God’s greater story.

But VBS doesn’t reach only children. It reaches adults, too. It’s a bridge builder between the local congregation and the parents of VBS attenders, many of whom aren’t churchgoers.

Can you imagine a better outcome? The church makes a connection with parents who send their kids to VBS. This is a win in combatting both the evangelism and loneliness crises: It connects parents with both the Gospel and a local community of believers that loves the parents and their children.

Building on the love of Christ

This summer’s LifeWay VBS theme is “Concrete & Cranes.” Our theme verse is Phil. 1:6, and our motto is, “Jesus! Our strong foundation!”

However, this one week of content goes way beyond just a theme. The biblical distinctives are at the heart of LifeWay’s VBS. Here are some of the things churches, parents and kids can expect this year and every year:

—Gospel-centered. Baked into the activities, crafts, games, snacks and certainly the Bible study content are intentional evangelistic touch points throughout the week. We won’t save the Gospel presentation for the last day.

—Trustworthy. Every resource that passes through the hands of church leaders and sits before the eyes of disciples young or old is developed and vetted by theologically-trained experts.

—For all ages. This might be surprising to many, but LifeWay creates VBS content for babies through adults. We provide a full suite of resources for the church to use for VBS. Don’t worry— we won’t have adults doing construction-themed crafts this summer (unless, of course, they are volunteers)!

—Flexible and customizable resources. You can call VBS whatever you want. At LifeWay we consistently refer to it as “VBS,” but others may call it “kids camp.” And any church size with any type of facility can successfully use the resources we create.

Is VBS Worth it?

The findings from our study conducted through LifeWay Research offer a resounding “yes” to the question, “Is VBS worth it?”

Not only have we found this to be true; Panama City, First and its surrounding community would say the same thing. In the wake of Hurricane Michael, the church, having suffered major property damage, evaluated which ministries were necessary to keep despite a lack of funds and facilities.

VBS was a non-negotiable.

During Panama City, First’s VBS week, nearly 500 area children heard the Gospel of Jesus Christ. One third of them were unchurched.

And through it all, God was glorified as church leaders and volunteers worked around less-than-ideal circumstances to bring hope to lost and lonely members of the community.

VBS was—and is—indeed, worth it.

View all posts by Jana Magruder