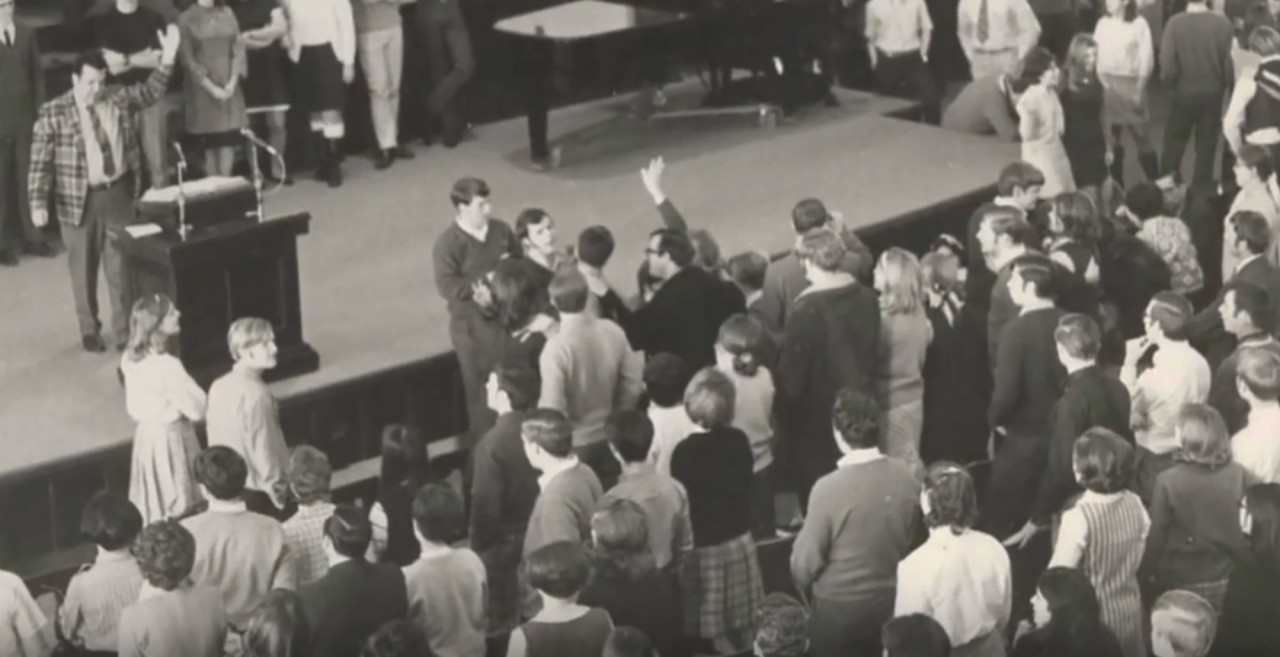 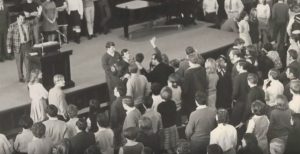 Fort Worth, Texas (BP)—Southern Baptists remembering a historic revival that swept through Southwestern Seminary in Fort Worth, Texas, say remembering what God did in the midst of one divisive period of American history should motivate believers to pray for it again.

This month marks a half century since revival broke out at Asbury College and Seminary in Wilmore, Ky., on Feb. 3 of 1970. Thanks to the testimonies of those Asbury students, the revival spread to college campuses and seminaries throughout the United States. Asbury students visited Southwestern in March of that year and spoke after a chapel service, launching the revival at the Southern Baptist seminary.

The time of confession continued all night. Elliff, who lived in Dallas at the time, drove home at 7 p.m., took a shower and then returned. As he exited his car, Elliff met a man who was frantically coming out of the chapel. He asked for prayer and the two slipped into a nearby prayer room. The man then confessed to Elliff that he had been bitter toward God because he hadn’t had an opportunity to preach while at the seminary. Elliff prayed with him. As they walked out of the room, they ran into another man who said his church needed revival and wanted someone to come and share their experience of that evening.

“I told him, ‘I think you have someone right here,’” Elliff said, pointing to the man with whom he had been praying. “I left those men talking and rejoicing and made my way back to the chapel where the prayer service was taking place.”

As Southwestern students went to local churches that next weekend, the impact spread throughout the Dallas-Ft. Worth area and beyond. Elliff connects his Southwestern experience to another revival he led a few months later in Colorado that touched an entire town.

Tim Beougher, the Billy Graham professor of evangelism and church growth at Southern Seminary in Louisville, Ky., points to two factors that laid the groundwork for the Southwestern revival. First, leaders had prayed for revival for several years. Jack Gray, who taught spiritual formation at Southwestern at the time, began gathering students, faculty, and staff together to pray for revival at the seminary.

Elliff remembers these volunteer prayer times as significant experiences in the life of the seminary and in his own life.

“Anytime you see revival, you can always point back to some praying figures,” said Beougher, who wrote his master’s thesis on the 1970 revival at Southwestern.

Beougher also notes the revival came during a time of intense unrest in America, particularly among students. Demonstrations were taking place at universities nationwide. In May 1970, several unarmed students were shot and killed at Kent State University. Multiple universities cancelled their spring commencement exercises for fear of violence.

“Revival always presupposes declension,” Beougher said. “In other words, if you’re already living in a revived state, you don’t need revival. You already have it. One of the things that we have seen throughout history that helps cause revivals like this is desperate prayer. We’ve all heard the saying that there are no atheists in foxholes. That’s not completely true, because sometimes foxholes cause people to become even more hardened against God. But, in general, when we’re desperate, we cry out to God like we never have before.”

Matt Queen, who serves as the L.R. Scarborough Chair of Evangelism at Southwestern, said that the seminary has a long relationship with revivals throughout its history. He pointed to hymn writer Dick Baker, an alumnus who participated in revivals worldwide with Billy Graham and his brother, B.O. Queen also mentioned a famous 1995 revival that started in Brownville, Texas, and impacted the campus at Southwestern.

“This (1970 revival) reminds us that revivals aren’t just something we study at Southwestern that happened somewhere else,” Queen said. “It happened among us.”

Beougher hopes memories of revivals like the one at Southwestern in 1970 will remind Southern Baptists that God can do something similar today.

“When we think about our world today, it’s very divided,” Beougher said. “We have 80 to 85 percent of our churches plateaued and declining. We need a fresh touch from God. Part of having this kind of desperate prayer is really believing there is a God who loves to answer those prayers—and that He is able to do it.”

“We need revival,” Elliff said. “We desperately need revival. My wife and I pray for it every day.”