Film about life of Lottie Moon aims for theaters, DVD 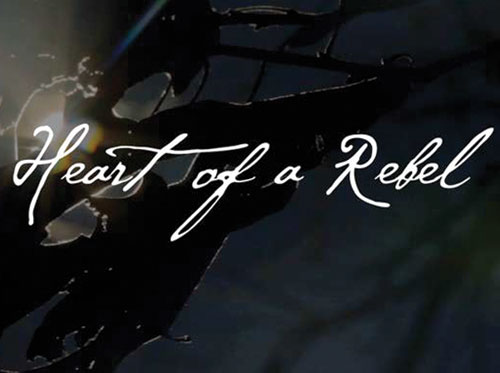 NASHVILLE, Tenn. (BP)—Charlotte “Lottie” Moon left a privileged life in Virginia in the late 1800s to follow God’s call to war-torn China—and spent the rest of her life there.

“Lottie’s life and message needs to reach a new generation,” said Erich Bridges, screenwriter and a producer for “Heart of a Rebel,” a feature-length film in development about Moon, who spent 40 years in China teaching young girls and sharing the Gospel.

“There are many young people today who are searching for purpose greater than themselves. They need role models, stories and heroes to look to,” said Bridges, a longtime global correspondent for the International Mission Board (IMB).

“Lottie is one of the great giants of mission history. Her story needs to be told.”

The namesake of Southern Baptists’ annual Christmas offering for international missions, Moon was among the first single women appointed by what was then the Foreign Mission Board (now IMB). This year marks the centennial of Moon’s death on Dec. 24, 1912.

Bridges began writing the film script about three years ago with Chris Haas, a New York-based writer and actor.

Last year, they expanded the film team to include marketing specialist Chris Forbes, veteran film production manager Payton Dunham and Keith Swezey, president of Erin’s Hope Foundation, which has helped fund start-up work on the project. (A concept trailer is on the Web at www.lottiemoonfilm.com.) Forbes is a member of Edmond, First and Swezey attends Oklahoma City, Quail Springs. Dunham formerly attended both Edmond, First and Henderson Hills and now resides in Colorado.

“Viewers will witness a true historical drama,” Haas said, noting that depicting Moon’s life through film will help preserve her legacy. “She made a huge impact by cultivating evangelists, promoting education for girls and simply being an incarnational witness among the Chinese.”

Swezey, the film’s executive producer, said Lottie’s story will resonate with young people, especially Millennials, who comprise one of the most socially conscious generations in history.

“Young people will find a powerful voice and a kindred spirit in Lottie Moon,” Swezey said. “She battled for justice and freedom long before it was fashionable or even realistic for a single woman to do so.”

Moon earned an undergraduate degree and master’s degree, an educational feat for women living in the pre-Civil War South. She left a promising teaching career and declined a marriage proposal from a prominent Southern Baptist professor to plant her life in China.

“The more I learn about Lottie, the more I am amazed by her life and what she accomplished,” Bridges said. “Lottie was so far ahead of her time. She was a rebel. She had to overcome the odds to do what God was telling her to do.”

Moon, often described as the matriarch of Southern Baptist missions, wrestled with her calling and often fought against great loneliness.

“Lottie, like many missionaries, went through times of despair and depression,” Bridges said. “She seriously considered moving back to Virginia to marry the man she loved. She tangled with religious leaders both in America and in China because she always maintained her strong personality. She simply put her personality to the service of God. She was a brilliant, courageous, cultured woman who broke out of the missionary compound to share the Gospel in remote villages across North China.”

Dunham, the production manager, said parts of the movie might be filmed in Taiwan or Thailand as well as Virginia,  where she grew up. Special effects and sets also will be used to capture the aesthetics of Moon’s missionary work in rural villages.

“In Lottie I see a person who found that which was most important to them,” Dunham said. “She shot like an arrow to capture that purpose, and I don’t think she ever realized how her life’s work impacted people for eternity.”

Having exhausted all of her earthly resources to feed the poor, Moon died at age 72 on a boat bound for America. She left her mission post feeling like a failure, yet numerous churches and schools for young girls were created as a result of her ministry. Today, thousands of Christians in North China can trace their “spiritual ancestry” back to Moon’s decades of ministry.

“Viewers will see the Gospel in action,” said Forbes, the project’s production representative. “The film calls people to transform the world, and Lottie is proof that one person can make a difference.”

“Heart of a Rebel” will be produced by Lottie Moon Film, LLC, an independent production company, and funded entirely by private investors. In addition to the big screen, the film will be released on DVD for distribution to individuals, churches and other groups. More information is available at the www.lottiemoonfilm.com website.

Kelly Shrout is a writer based in Nashville, Tenn.